Special issue proposals should set out the objectives, research questions, and approaches guiding the volume and specify its content and structure. The research to be presented should be explained clearly. The proposal should also include the abstracts of all articles and short biographical notes on the contributors. Please note that WEP special issues normally contain between 8 and 10 articles. The proposal document should not exceed 8 pages.

PlSpecial issue proposals should be submitted to the editors via the WEP office – email [email protected].

4.055 (2021)
West European Politics (WEP) has established itself as one of the most authoritative journals covering politics, government and public policy in Western Europe.

Its comprehensive scope, embracing the major political developments, including the European Union, and its coverage of all national elections in Western Europe, make it essential reading for both academics and practitioners. The journal normally publishes at least two special issues per volume.

The Vincent Wright and Gordon Smith Memorial Prize were established to honour the memory the two founding editors of West European Politics. Two prizes are awarded annually on the recommendation of members of the Editorial Advisory Board for the best articles published in WEP during the preceding year.

Peer Review
All research articles in this journal have undergone rigorous peer review, based on editor screening and anonymized refereeing by anonymous referees. 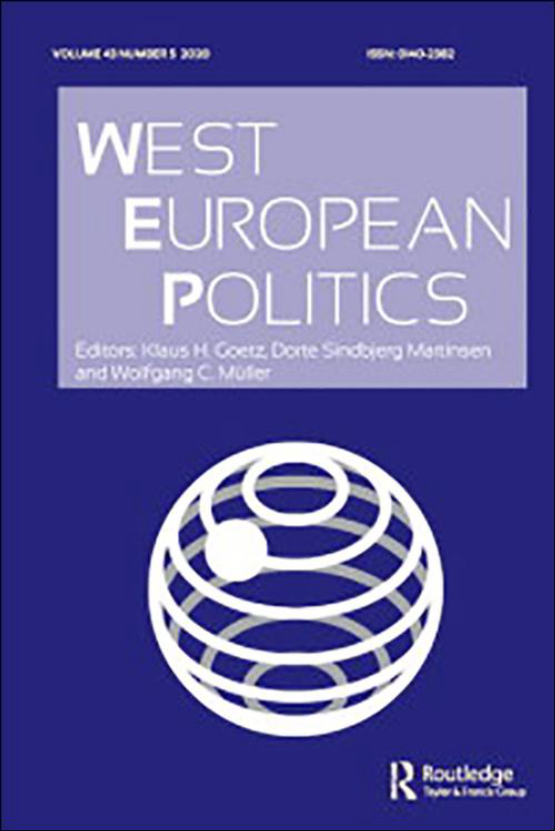