Submit a Manuscript to the Journal
Global Food History

For a Special Issue on
The “global wine periphery” during Europe’s phylloxera crisis: production, trade, and consumption between 1870 and 1940 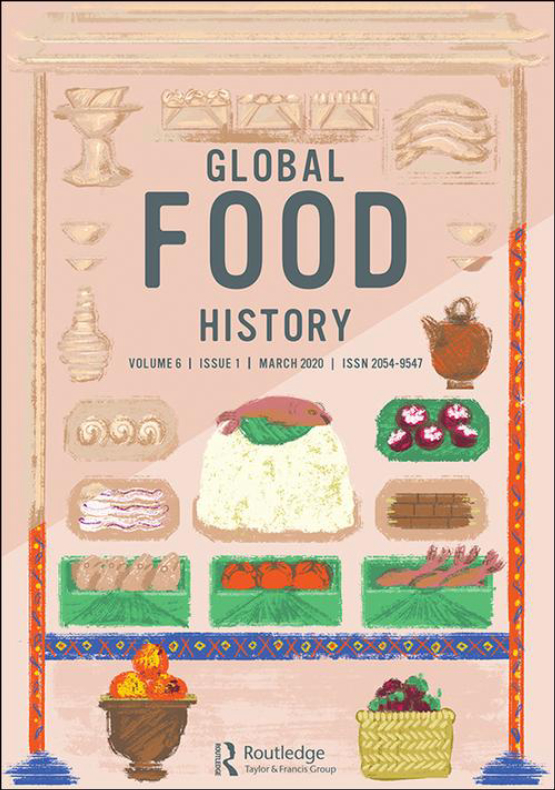 The “global wine periphery” during Europe’s phylloxera crisis: production, trade, and consumption between 1870 and 1940

It is a well known fact that wine production in Europe suffered a heavy blow in the 1870s and 1880s at the hands of phylloxera, a root-infesting pest that left the continent’s vineyards in complete ruin. And a good deal of research has been dedicated to study not only the crisis itself, but also its profound and long-term consequences on wine production, market regulation and consumption in the affected countries. However, much less attention, has been paid so far to the effects of Europe’s phylloxera-crisis in the world beyond the then dominant centres of wine growing, France, Italy, Spain and Portugal. There were, undoubtedly, long-standing traditions of wine consumption e.g. in most of the countries of Latin America. And in an age of mass migration the habit of wine drinking as well as the knowledge of producing it spread also to North America and other parts of the globe. It is therefore not surprising that in many places around the world increasing efforts to establish a domestic wine production could also be observed. However, despite all efforts, wine consumption in many of the countries of the wine growing “periphery” still relied heavily on imports from European producers at that time and was therefore severely hit by the production slump caused by phylloxera.

Against this background this special issue proposes to fill a gap by looking at the different effects and consequences Europe’s phylloxera crisis had on trade, production, regulation and consumption of wine in the rest of the world that is in North and South America, South Africa, Eurasia, Eastern Asia or down under. The chronological focus lies on the decades around the penultimate turn of the century, roughly the years between 1870 and the 1930s. We welcome papers that discuss how the phylloxera crisis triggered domestic wine production and/or affected the wine trade and consumption. How did domestic producers try to take advantage of the crisis? Who were the domestic wine growers and which grape varieties were grown? What effects did the crisis have on fraudulent practices in the wine trade? How was wine adulteration seen by health experts? Did the state interfere in order to set quality standards or stimulate the development of a domestic wine production? Finally, how did consumers react to rising wine prices and growing insecurity on the market?

Please submit abstracts of about 250 words accompanied by 150 word biographical notes to either [email protected] or [email protected] by April 30, 2022. Acceptance of proposals will be sent by email within two weeks thereafter. The deadline for completed manuscripts is October 31, 2022.

Read more
1
0
4 hours ago
RT @ghgolub: How do US gov't agencies shape grand strategy and policy? A seemingly straightforward question that defies easy answers. If yo…

8
0
6 hours ago
RT @musgalhistgroup: Are you a scholar of museum history? Got some great research to share? Why not publish in the Museum History Journal w…

11
0
6 hours ago
Be prepared, speed up your submission, and make sure nothing is forgotten with our guide to understanding a journal’s Instructions for Authors ⏩ https://t.co/ohDcliz...