Submit a Manuscript to the Journal
Chinese Journal of Communication

For a Special Issue on
Whither China?: Chinese Communication Research at the New Conjuncture 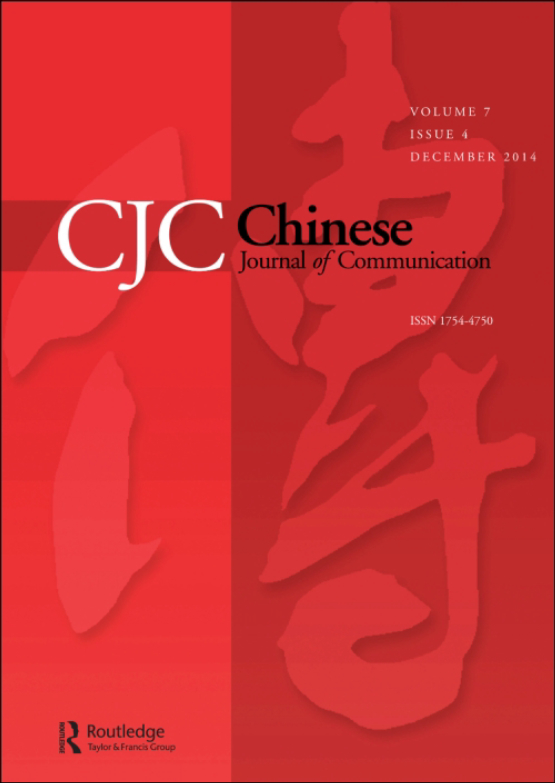 Whither China?: Chinese Communication Research at the New Conjuncture

When the 2022 Winter Olympics opened in Beijing amidst stringent Covid rules and escalating tension between China and the U.S.-led Western Bloc, commentators both within and outside China took the chance to draw comparison with the 2008 Beijing Olympics, which at the time was widely hailed as China’s ‘coming out party’. While the New York Times called the 2022 Games ‘divisive’ and characterized it as featuring many walls, Chinese social media users could not help reminiscing the ostensible ‘Golden Era’ of 2008, when the heyday of globalization was yet to be superseded by a new era of Cold War.

Much seems to have changed within the short timespan of fifteen years. As the liberal camp’s euphoria over  “the End of History” gave way to overblown fear of the “China threat”, the agenda of Chinese communication research is also shifting. In the 2000s, observers outside China had great expectations for the democratizing potential of civil society, of the free market, and of the Internet as a universal technology of decentralized communication. Today, facing the tightening of grips over political expression in China, and the crisis of liberal democracy amid surging tides of populism worldwide, in both of which digital technologies played an important role, the outlook is drastically different. The technological prowess of Chinese platform companies combined with the unrelenting political control of the authoritarian state seems to present the doomsday scenario of a digital dystopia, where not only freedom of expression within China is suppressed but also the digital sovereignty of democratic countries around the world could be undermined.

Media and technology sectors are at the forefront of escalating geopolitical tensions. The US-China tech war, which started with the sanctioning of ZTE and Huawei in 2017 has escalated rapidly into a full-scale blockage of Chinese tech firms ranging from semiconductors to clouds. China’s ramping up of its indigenous innovation drive and Chinese firms’ continued, though frustrated, overseas expansion (via initiatives like the Belt and Road and Go Out) only seem to have exacerbated the confrontation. Meanwhile, the Chinese state’s toughened regulation of its homegrown Big Techs, and domestic technology firms’ expansion into the countryside (encouraged by new policy initiatives like rural revitalization, poverty alleviation, and double circulation) signaled new logics in state’s governance of the tech industry, but so far has generated mixed results. The expansion of technological surveillance during the COVID-19 pandemic, though has helped the government to effectively contain the spread of the virus, also stokes public anxiety over excessive control.

At this new historical conjuncture, the question of ‘Whither China?’ becomes ever more elusive. Is China the ultimate Other of the West that can only be understood as an entity of deficiency and deviation in relation to the liberal order? Should China scholars make more effort to investigate the current moment of contradiction and contestation with reference to both the nation’s own trajectory of development and logic of history and in global comparison? How should we understand China’s expanding global reach and international presence and evaluate its implications for global equity?

In order to reflect on these broad theoretical and epistemological issues, we invite contributions that are on the one hand based on robust empirical research, while on the other hand nurture the ambition of revising the intellectual agenda of our field. We encourage potential contributors to collectively reconsider some of the fundamental assumptions underpinning our intellectual inquiry, reconfigure our theoretical tool boxes, and redefine our empirical focus.

We recognize that Chinese communication research has become more interdisciplinary over the years, incorporating analytical tools and insights from other disciplines such as sociology, political science, STS, and anthropology. We therefore encourage contributors of this special issue to continue thinking outside of disciplinary boundaries. We welcome theoretically ambitious, conceptually-driven and empirically-grounded research along the following lines:

–Digital Silk Road and information infrastructure in the Global South

–Changing institutional arrangements of media production and consumption and in

–The historical trajectory and contemporary characteristics of public communication spaces

–Discursive positions, ideological contestation, and identity formation at both transnational and

–Media, technology, and the development of the countryside (rural revitalization, poverty

–Transnational media production and consumption and the Chinese diaspora

The submission deadline for abstract is January 1, 2023. Please send the abstract to [email protected] with the heading "Abstract submission for special issue". Notice of acceptance for full paper submission will be announced within a month of abstract submission. Full paper submission deadline is June 30, 2023. All submitted manuscripts are subject to a rigorous, blind peer-review process. All accepted manuscripts will be published online first. The planned printed publication date is approximately around September 2024.

Submissions should conform to the editorial guidelines of the Chinese Journal of Communication found at https://www.tandfonline.com/action/authorSubmission?show=instructions&journalCode=rcjc20 under “Instructions for Authors.”

Make an impact in your field and contribute to a special issue of the Chinese Journal of Communication: Whither China?: Chinese Communication Research at the New Conjunct...

Read more
0
0
4 days ago
[email protected] welcomes your submissions for a special issue which will seek to advance the understanding of #news avoidance and the implications for society and #journal...

Read more
1
3
6 days ago
Got a book idea you didn't get a chance to pitch at #NCA22 this year? Editors @Felisa_SK and @AlexdeBrauw would still love to hear from you! DM to discuss