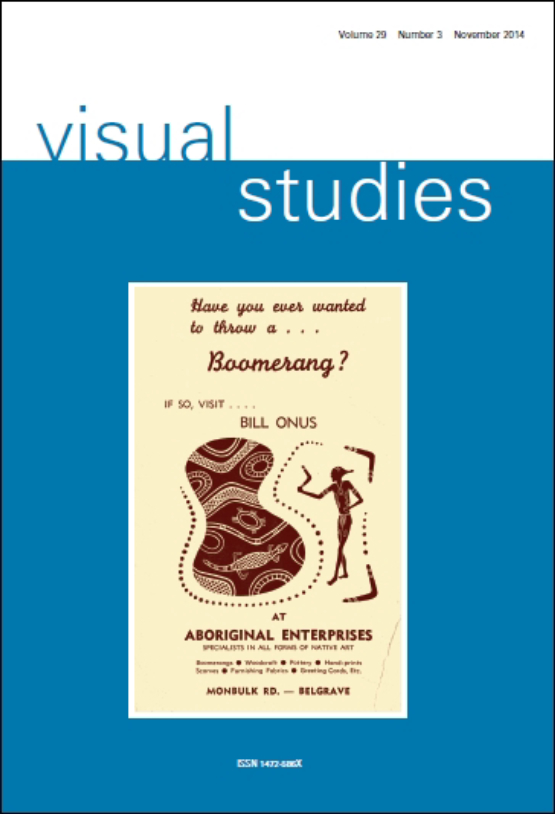 Visual intervention and the (re)enactment of democracy

This special issue builds on the understanding that pictorial and visual intervention has become  increasingly central to the way societies enact, re-enact, and process their tensions, identities, and  values. Pictorial media and visual performance initiate, deepen, convey and transform conflict in  contemporary democratic societies, but also in the informal public spheres emerging in one-party  societies such as China or and in illiberal democracies (“democraturas”) such as Russia. Art and  popular visual culture mediate solidarity and constitute a community spirit, revive democracy and  expand our sense of reality. Pictorial media, artistic expression and the creation of a visual presence in  the streets and via new social media serve activists and political actors to stage distrust toward elites,  to represent claims, but also to make counter-expertise visible and to denounce shortcomings and  undesirable developments. In the political process pictorial media and visual performances become  sites of controversy and debate about society and about political initiatives, about what is right and  wrong, pure and dirty, good and evil by combining a productive agency with a representational effect.  They can tip reigning certainties into crises and produce events as well as stirring the production of  further, different images. Finally, they provide fantasy creations in which the subject can view and  examine itself anew and often expose elements and tendencies that remain un-articulated in what is  explicitly discussed in public negotiation.

This special issue proceeds from our conviction that the visual sensitizes us to aspects of the political  that are not always “seen” and acknowledged in more standard accounts of politics and democracy. It  invites original, high-quality contributions that reflect on this transforming, powerful and growing role  of pictorial and visual intervention in shaping the social, cultural, and political processes of our societies. These could cover both contemporary and historical analyses, just as they could focus on  democratic as well as non-democratic societies. We also welcome contributions that look beyond  progressive, modernist, and leftist interventions to investigate pictorial and visual intervention in  phenomena such as populism, fundamentalism, conspiracy, technocracy, and fanaticism. Our  understanding of the pictorial and visual includes a variety of media (for example photography, video,  artwork, cartoons, posters, etc) and trans-media phenomena. Successful papers should offer a strong  theoretical argument, but must also relate to real-world cases and phenomena.

All papers submitted to the special issue will undergo initial screening for suitability and quality.  Those selected will then enter into a standard external review process according to the journal’s  procedures. The word limit is strictly 8000 words, including abstract, notes, and references. The  journal allows unlimited use of black and white images and a limited number of color images (1-2 per  paper). It is important that authors make sure they have all the necessary permissions to use their images before submitting the article. Please refer to the journal’s website below for additional information.

Papers must be submitted through the journal’s website no later than 1 September 2021.

When  submitting, please make sure to choose the relevant option to indicate that your paper is intended for  the special issue. We make initial decisions before 1 October regarding the set of papers that we want  to move on for external review.

View the latest tweets from _VisualStudies_

TOMORROW the Visual Studies Editorial team are excited to be hosting a roundtable at "Politics in motion: Using video and film-based practices in/on Eastern Europe". #Fil...

3
0
52 days ago
RT @VisualScholars: #IVSA deadline approaching! The closing date submitting nomination materials for the ACAR-PAVR AWARD is May 1, 2021.…