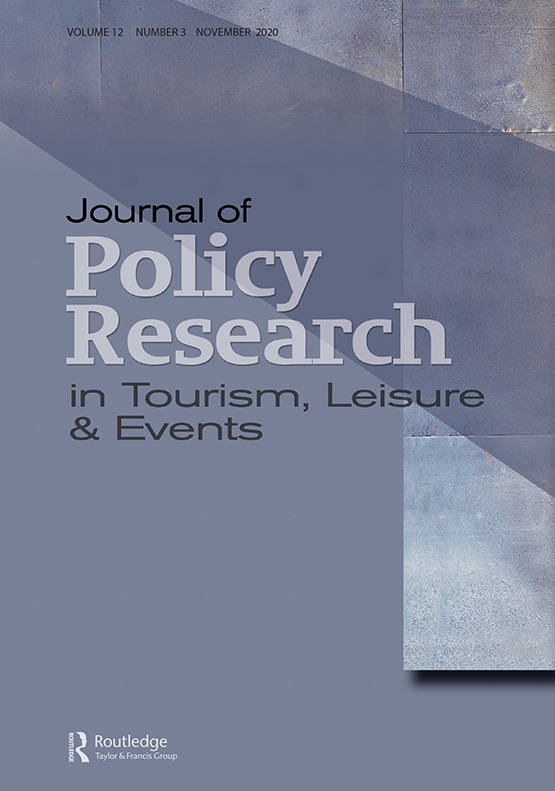 Journal of Policy Research in Tourism, Leisure and Events

The transformative power of small scale LGBTQI+ festival and events

The ‘Pride’ phenomenon began in 1970 when gay activists in several American cities, including New York, San Francisco and Los Angeles, organised marches to mark the Stonewall incident of 28 June 1969 publicly.  Each event was organised to bring attention to the sexual oppression of lesbian, gay, bisexual, transgender, queer, intersex people and other genders or sexualities (LGBTQI+). Numerous gay and lesbian Pride Mardi Gras or Carnival events are now held worldwide, many of which have become major tourist attractions.   Apart from the economic benefits associated with these events, they also act as a tool to celebrate social and self-acceptance and achievements that are enabled by legal and policy frameworks such as marriage equality laws (Vorobjovas-Pinta & Hardy, 2021), and to act as mediums to resist discrimination, marginalisation and invisibility (Ong & Goh, 2018). Unfortunately, more than 50 years after the Stonewall riot, physical assaults and verbal abuse are almost everyday occurrences for LGBTQI+ people.  They remain marginalised and/or live in fear within predominantly heterosexist societies (Gieseking, 2016; Collins and Drinkwater, 2017) and even within the LGBTQI+ community itself.

According to Markwell (2002), there are several sources of tension within the LGBTQI+ community.  As gay activist and commentator Rodney Croome argued, ‘lying just beneath the dazzle of the Mardi Gras and white, inner-city, middle class gay and lesbian life there is injustice, poverty, powerlessness, alienation and a mountain of resentment’.  And therefore, events celebrating various sexualities remain crucial not only in sexual politics but also a role in sustaining narratives and subjectivities of many non-heterosexual people (Markwell & Waitt, 2009).  However, not all LGBTQI+ events are spectacular tourist attractions.  Some of the LGBTQI+ community members travel from their usual domiciles to participate in smaller LGBTQI+ events, where they can escape violence, prejudice and mistreatment (Herek, 2002), to feel safe (Pritchard et al., 2000b) and to pursue self-discovery and transformation (Calley Jones, 2010 and Coetzee et al., 2019).  Some members of the LGBTQI+ community prefer to attend events that are exclusive for their crowd of the LGBTQI+ community.  Examples include the Trans Festival in London, the Bisexual Pride in West Hollywood, or one of the many bear events worldwide, and other intimate events in countries where it is still illegal to gather with likeminded individuals.

In a recent paper, Thomas (2017, p. 204) concludes his policy debate paper by challenging “policy-makers and those working in representative organisations related to events to take equalities more (conspicuously) seriously”.  Fletcher and Hylton (2017:167) then reacted to this call by making a similar call by “challenging the need for more policy consideration and research in ‘race’, ethnicity and whiteness in the context of the events industry”.  And only a few months ago Ong, Lewis and Vorobjovas-Pinta (2020) questioned the inclusivity of events in Australia and concluded that research into populations of the LGBTQI+ community is critical towards understanding the role of events and inclusivity across the border. For these reasons I would like to invite colleagues to submit contributions on the following potential topics to broaden our understanding of the transformative power of small scale LGBTQ+ festivals and events:

View the latest tweets from JrnlPolRsrchTLE

RT @tandfsport: Share your research for a special issue of @JrnlPolRsrchTLE on the issues pertaining to tourism for sustainable development…

Read more
2
2
34 days ago
This special issue all #freeaccess in Dec 2020 - not long left to have a look! 👀 'The event experience, hedonic and eudaimonic satisfaction and subjective well-being ...