For a Special Issue on
Tourism Vulnerabilities & Viabilities 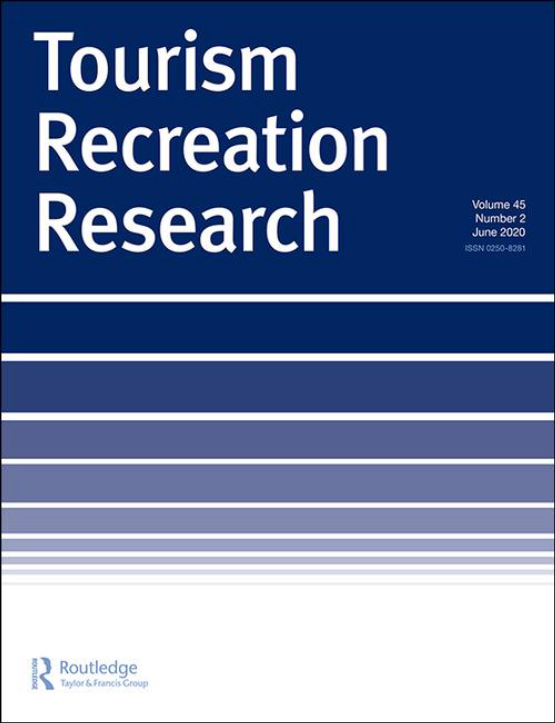 This special issue of TRR seeks to explore certain apparent fragilities and frailties in the contemporary condition of Tourism Studies. It endeavors to critique some of the recently perceived instabilities and impairments in the health of the field in order to encourage robust debate about how Tourism Studies can be refined and regenerated across the continents. The proposed special issue is a tribute to the sage conceptualist of and about tourism / Tourism Studies, Prof. Tej V. Singh, the founder and Editor-in-Chief, Tourism Recreation Research, India.

Tourism is a singular term assigned to a free-ranging plethora of actions and reactions triggered through the human quest to see, to experience, and to know the world. Many observers believe however that (more often than not) the best of intentions and aspirations for / from tourism have been perverted (Mowforth & Munt 2015). Because tourism is understood or perceived to be exploitable by so many interest groups, it may be deduced that the phenomenon (and its study) is highly vulnerable to such rather-mindless requisition and shortsighted capitalization.

Recent discourses on the vulnerabilities of tourism predicate that destinations, visitors and visited are each frequently either decrepit or insubstantial and, as such, are in need of refashioning in order that a more flourishing and empowering tourism ‘industry’ or ‘system’ can be imagined and realized (Hall & Brown, 2010; Matteucci et al. 2021). It is believed that current orientations towards tourism confines the scope of tourism scholarship to politico-nomic exploits (Franklin,2009; Jóhannesson et al., 2015). Similarly, efforts towards capacity-building or to the resiliency of tourism through generous doses of investment / resource are scarcely justifiable (Higgins-Desbiolles, 2018). As such for many observers, tourism / Tourism Studies continues to be ‘developed’ on a myopic and muzzled 'as usual' basis as a means of encashment and profiteering just for particular well-positioned bodies and organizations. Likewise, superficial ‘band-aid’ approaches and other somewhat superficial remediations are provided and emulated across the globe (Mason, 2007; Fennell, 2008) irrespective of nuanced socio-spatial and important spiritual-cosmological differences.

The so called vulnerability problem may perhaps be concealed in the assumptions employed in the restricted everyday practice of tourism and in the constricted banal / mundane scholarship of the field. In the budding years of Tourism Studies (towards the close of the twentieth century) assumptions were imported into Tourism Studies from rather-stable disciplines elsewhere, some of which have been questioned, modified or abandoned over recent decades. While the seemingly wholesale import of such borrowed theories is perhaps less prevalent now, some foundational (mis)conceptualizations perpetuate about what tourism is and can be (Grimwood, Caton, and Cooke 2018). Time is therefore rife to call upon scholars in and around the field to question — in terms of concerns of relevance and redundancy — the axiologies (i.e., the dominant values) that have seemingly calcified into governing practices across tourism and into the field's predominant scholarship.

Thinkers on the viewable public culture / the visitable public heritage of places such as Hollinshead (2010, 2021) assert that Tourism Studies — with its protean worldmaking potential — is in timely need of fluidities of interpretation in order to advance positive understanding about tourism vis-à-vis posthuman awarenesses (rather than by narrow humanistic cognitions alone) and via broader-reach postdisciplinary and adisciplinary barometers of seeing / feeling / knowing rather than preponderately and ubiquitously by narrow forms of monologically-calibrative micro-calculations. In calling for a range of critiques and commentaries on the current firmities and infirmities of tourism / Tourism Studies, this special issue of TRR is thus focused upon investigating the persisting assumptions that drive (and so apparently trouble) the thinking of many Tourism Studies scholars today.

Submissions to this special issue of TRR should thus give voice to at least one or other of the following five queries:

Read more
1
1
5 hours ago
RT @robertscm: I’m looking for a researcher (or team of researchers) that specialise in eating disorders in women’s football. Please DM me…

13
0
13 hours ago
RT @russinthezone: Here are the contents of my new book - Cricket and Contemporary Society in Britain. Watch this space for more details &…