For a Special Issue on
The Transnational Athlete 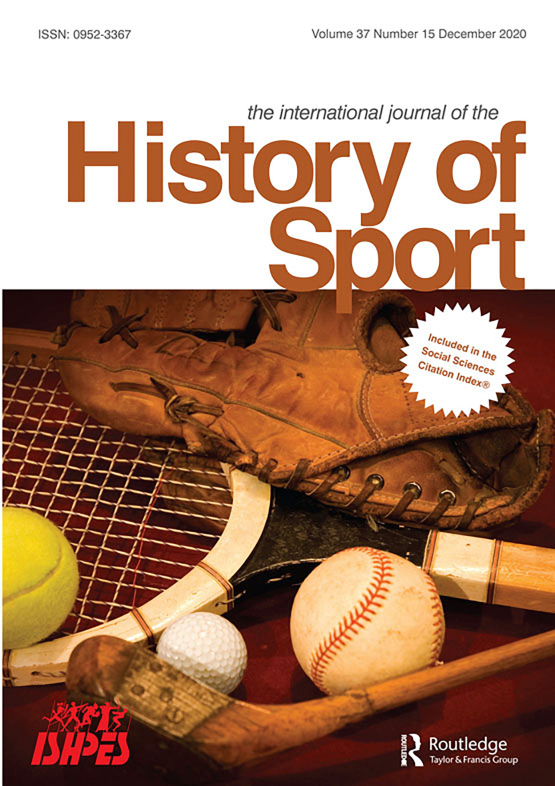 In our contemporary age of globalization, indicative of mass labour migration, an interconnected communications framework, and myriad social movements, the movement of bodies in the sporting world need also be considered. One of the most visibly high-profile sectors reflecting processes of globalization, the modern sports industry is ripe for historical investigation. There have been a number of important works focused on globalization, migration, and identity politics in sport (Bale & Maguire, 1994; Carter, 2011; Maguire, 1999; Maguire & Falcous, 2011), which has been bolstered by recent studies on “flexible citizenship” (Ong, 1999) in international sport spheres (Fabian, 2020; Holmes & Storey, 2011; Horowitz & McDaniel, 2015; Jansen & Engbersen, 2017; Jansen et al., 2018; Shachar, 2011; Spiro, 2014; van Campenhout et al., 2018, 2019). This project seeks to expand on the notion of migrant athletes who are constructed as flexible citizens – also referred to as citizens of convenience, “Olympic mercenaries,” or citizen hoppers. Seeking lucrative opportunities abroad, the sportsperson is on the move in the contemporary sports industry, resulting in contested terrain outside the field of play.

For the past century, a Global South “brawn drain” (Bale, 1991) has been in effect, whereby athletes from the developing world are recruited by developed nations to represent the “imagined community” (Anderson, 1983) in the amphitheatre of international sporting competitions, most notably at the hallowed Olympic Games. This brawn drain also affects child athletes, in particular in the sport of football, where talented minors are recruited and moved from one country or continent to a sports academy in another (Darby et al., 2007; Mason et al., 2019). Recently, as exemplified by the soft power sporting policies of Qatar, Bahrain, and Turkey (Reiche & Tinaz, 2019), non-Western nations are also exploiting the spoils of unrecruited athletic talent. The consequence of this free-market ethos is that, like in professional sport, the sanctity of world or Olympic glory is decided by the highest bidder. In the words of sport policy scholar Lucie Thibault, “citizenship and affiliation are, it appears, easily exchanged for the right sport skills and abilities” (2009, p. 7). By switching allegiances in the pursuit of sporting opportunities, however, the “mercenary athlete” distorts the notions of citizenship, nationhood, and the nation itself. Furthermore, the processes and decisions of granting nationality based on athletic talent raises questions of fairness and discrimination when compared to naturalisation and asylum procedures. National and international sport organizations have been confronted with such issues and their often-varying responses and regulations have raised important questions about “representation”, especially where individual athletes are eligible for more than one national team.

To these ends, the aims of this project are twofold: (1) to understand the consequences of citizenship hopping on broader citizenship rights; and (2) to situate the transnational athlete in the contested terrain of global labour migration. Historical case studies of the targeted responses by nations and (inter)-national governing bodies to the transnational athlete will allow for a deeper understanding of the narrative power of sport to dictate broader social movements for self-determination, national identity, representation, and citizenship rights. Focusing on sport history, this project will provide a new perspective on the construction of imagined communities through flexible citizenship. In addition, taking a legal perspective on the transnational athlete will highlight the human rights impacts and implications on the rights-holders, the (child) athletes themselves.

The submission deadline for full manuscripts (8,000 to 10,000 words, including endnotes) is December 12, 2022. Select "The Transnational Athlete" special issue title when submitting your paper to ScholarOne. The target date for the publication of the special issue is the second half of 2023. You are welcome to contact us prior to the submission deadline to express your intention to submit a paper. Please direct all questions to Jörg Krieger ([email protected]).

View the latest tweets from IJHSofficial

Considering writing for us but not sure if your work will fit our remit? Then check our Aims and Scope here 👇https://t.co/lJlnl8qYRH

Read more
0
0
4 hours ago
Ever wondered about our metrics and stats? You can find them all here. https://t.co/2SSqQ3MElg

Read more
0
0
yesterday
RT @EricaMunkwitz: Still (and probably always) working this all through, but here are my latest thoughts on the sidesaddle as a sporting ob…

1
0
2 days ago
RT @EricaMunkwitz: Good folks - is anyone interested in reviewing my book for the International Journal of the History of Sport? Please let…