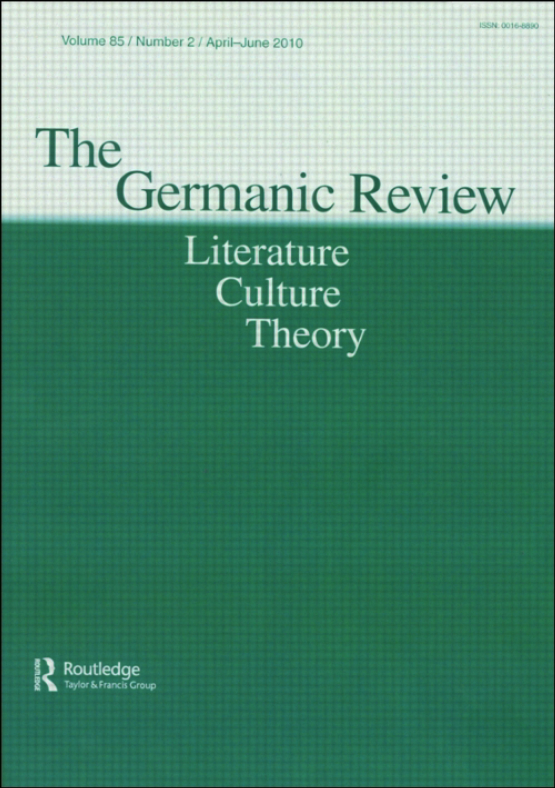 The streaming service Netflix has come to play a dominant role in the creation and distribution of popular film and television content. In recent years, the success of internationally acclaimed productions such as Dark, Babylon Berlin, and Unorthodox has signaled a renewed interest in German history and culture. Some were produced by Netflix and most of them were available worldwide through streaming services. The Germanic Review invites papers that analyze these and other series that show the increased presence of German “content” on the global scene. Have these recent productions changed, modified, or reimagined the narratives of German history that have dominated post-war cinema? Has the international online platform and film market more generally changed German images and stereotypes? What are the politics and economies of cultural memory that emerge from these new modes of history narratives? How have the series assimilated to international market conditions and audiences? Has the serial dispositive of television (as opposed to film), as well as the different viewing venue (private space of one’s home) and mode of consumption (binging) changed the way in which German contents are presented?

We invite brief proposals of no more than 250 words that seek to analyze the ways in which Netflix and other online streaming services have informed, reevaluated, and changed presentations of German cultural history. A virtual online workshop will be held on September 17, 2021 with brief, 20-minute presentations, followed by a 15-minute Q&A. A selection of papers will be published in a special theme issue of The Germanic Review.

What’s the process of publishing in an academic journal? Enroll in our free learning course, master the steps - and change the world: https://t.co/ILSK5QAfiO https://t....

Read more
1
0
6 hours ago
Que the drum roll 🥁 We’re counting down the top impact scoring articles in March 📈 In at No. 1 is an introduction to special issue “Shakespeare, Race and Nation...

Read more
5
6
11 hours ago
No. 2 in our countdown of top impact scoring articles published in March📈 @HarryMcCarthy's paper discussing "Allyship" and supporting colleagues of color in the field ...