Submit a Manuscript to the Journal
Terrorism and Political Violence

For a Special Issue on
Revisiting Terrorist Motivation: A Critical Appraisal and New Directions for Research 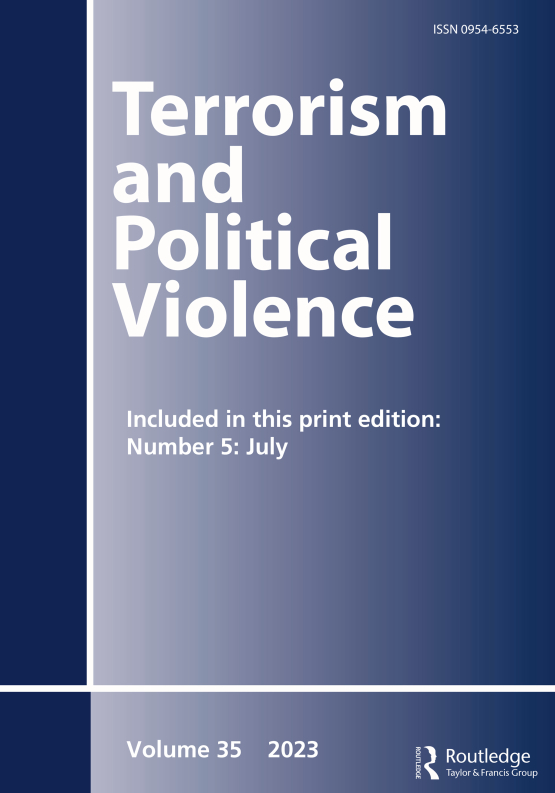 Most would likely agree with Andrew Silke and Jennifer Schmidt-Petersen’s proposition that terrorism research is enjoying its golden age. An area that was once the fringe interest of scholars now commands widespread, serious attention both inside and outside the academy. The growth and maturity of terrorism studies is evident from the steady increase in dedicated periodicals; researchers now routinely, constructively and without hesitation, revise concepts thought canonical a few short years earlier and narrow topics even within terrorism studies are seeing such sustained attention from scholars that those same areas already warrant systematic reviews. An especially promising sign of maturity in any field is the practice of revisiting research questions once considered either stagnant or resolved. Sometimes this can even lead to new and exciting directions for research.

We believe the time has come to systematically, and comprehensively, revisit the issue of terrorist motivation. At first glance, such a task might seem redundant. The question of “why” a terrorist or terrorist group does what they do is one of the most obvious and immediate questions posed in the aftermath of an attack. In a research context, the issue of motivation is evident across a diverse and wide-ranging body of literature within and outside terrorism studies. And yet despite such rich analysis, answers around what specifically motivates terrorists often are met with dissatisfaction, or outright resignation at the complexity of what arriving at a satisfactory answer might mean. Across a significant body of work on terrorism, motivation is neither clearly conceptualized, nor operationally defined. Calls to address ‘motivation’ may encompass such issues as drive, reason (or cause), structures, performance, facilitators, etc., and certainly overlap with expectations around what a satisfactory explanation of terrorism might entail. Issues of drive, cause, etc. are not necessarily mutually exclusive, but neither are they synonymous. We see significant conceptual confusion especially (though not exclusively) when it comes to psychological research on terrorism, where there is an understandable expectation that understanding motivation will assist in prediction, management of and reintegration into society of offenders. This is not necessarily the case (or even a concern) for different perspectives on terrorism, for example, via the humanities, further necessitating an appreciation for how different disciplinary perspectives approach questions around motivation. Notwithstanding such disciplinary differences, further complicating these issues are recent trends in terrorism itself, with increasing ideological fluidity both across and within movements, along with, for individual actors, the process of side-switching. At a minimum, the ideological promiscuity of today’s terrorist actors challenges whether we are well equipped to answer motivation questions in a meaningful way, let alone one that might prove satisfactory to those asking the questions.

John Horgan and Max Taylor invite scholars from any discipline to submit papers for consideration in a Special Issue of Terrorism and Political Violence. Accepted authors will be invited to an associated in-person workshop that will serve as a mechanism to ensure timely first drafts, as well as to solicit peer feedback from fellow contributors. Both empirical and conceptual approaches are welcome, and potential contributors might address such issues as (and not limited to) the following:

We invite researchers to submit a brief but carefully considered outline (not to exceed two pages). The outline should contain a statement of interest / question of concern / topic of research that directly relates to / adds to / challenges any of the issues raised above. We also welcome any proposals that address motivation-related topics not identified here. Proposals (and any related questions) should be sent to jhorgan (at) gsu.edu and m.taylor (at) ucl.ac.uk

Authors present drafts of papers at workshop; receive feedback from other authors

View the latest tweets from terpolv

89
0
138 days ago
RT @morrison_jf: Delighted our special issue on Terrorism and Climate Change in ⁦@terpolv⁩ is out. Some great contributions on a much under…

35
0
145 days ago
RT @AndrewPSilke: Climate change is a global strategic security threat. Among its many harms, it will help ignite, facilitate & exacerbate…

34
0
152 days ago
Wow! Massive interest in the book reviews. Thank you to everyone who got in touch! All manuscripts have been assigned. We will release more titles soon.