Submit a Manuscript to the Journal
Territory, Politics, Governance

For a Special Issue on
Africa under Construction: Critical Perspectives on Infrastructure and Labour 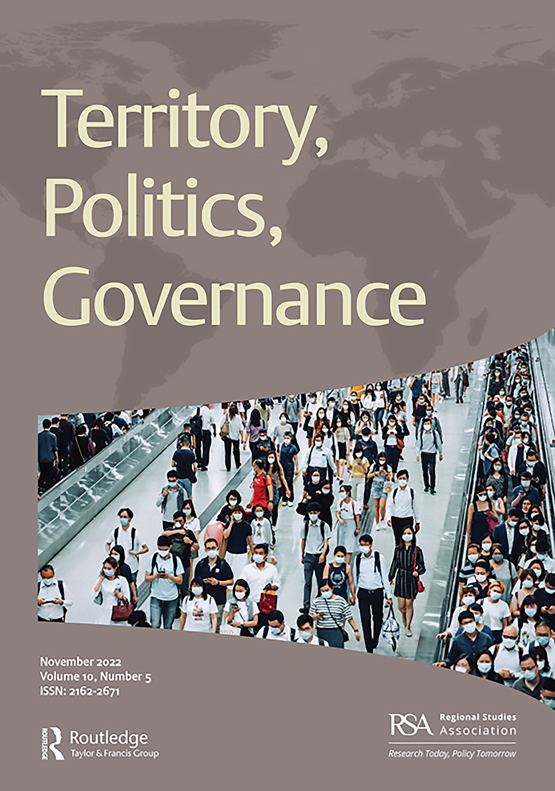 Africa under Construction: Critical Perspectives on Infrastructure and Labour

In this special issue, we invite contributors to probe the connection between infrastructure and labour in Africa. A renaissance of infrastructure construction in Africa is today reshaping territorial configurations within and beyond the continent. Importantly, Africa’s new infrastructure projects are not only designed to provide public goods for domestic purposes; they are also entangled in global financial flows and (geo-)political imaginaries (Schindler & Kanai, 2021). To address multi-scalar infrastructural turns of such kind, scholars from critical infrastructure studies have insisted on emphasising the processual character of infrastructure as works-in-progress. This focus on the constant making, re-making and un-making of infrastructure reveals the multi-scalar and always unfinished practices that underpin the apparently stable, locatable and territorially fixed materiality of built infrastructure (Guma, 2022). Furthermore, perspectives on the “actual, grounded relationships between people, places, and processes through which [infrastructure] is constituted” (Graham et al. 2015; see also Simone 2004; Larkin 2013) make possible the scrutiny of postcolonial (dis-)continuities, gendered inequalities, as well as ecological contradictions (Chome, 2020; Enns & Bersaglio, 2019; Enns & Sneyd 2020). Lastly, they allow for an understanding of infrastructure as a process rather than a distinct, static or concluded thing, product, or output (see, e.g. Anand et al, 2018), thus highlighting the need to attend to the important question of the actual work and labour that goes into such processes.

So far, critical infrastructure scholars have analysed the politics of infrastructure-based imaginaries that accompany Africa’s renaissance of infrastructure construction (Gonçalves, 2020; Mkutu et al, 2021; Tups & Dannenberg; 2021, Zajontz, 2022). Others have provided grounded perspectives on the local and trans-local effects of built infrastructure (Aalders et al, 2021; Amankwaa & Gough, 2021; Castán Broto et al, 2022). Although many contributions have been more or less attentive to the performative and tangible practices of realising Africa’s infrastructure turn, outspoken considerations of labour as the pivotal mediator for planning, building, and - sometimes - resisting contemporary infrastructural promises of modernity in Africa remain scant.

We contend that infrastructuring and infrastructured labour are both constituting an arena in which crucial struggles over geopolitics, resource exploitation, and climate change become visible and actionable. If social justice is to play a role in contemporary infrastructure politics, labour struggles must be acknowledged and involved. Only then can new and persistent forms of marginalisation and resistance based on gender, race, and others be scrutinised. We recognise our role in these forms of resistance and hope to contribute to them by providing a forum for useful conceptualisations and empirical studies on the topic of infrastructure and labour in Africa.

We invite scholars from all disciplines to submit papers with innovative approaches, novel arguments, and commitment to critical analyses. Contributing papers might address the following broader research aims. We are also open to alternative perspectives, if they relate to the Call for Paper’s main text:

Interested authors should submit an abstract of no more than 150 words to all four issue guest editors by email by November 04, 2022. Email addresses can be found within this call. The abstract should include a title, details of author(s), and the abstract text. We particularly invite authors from institutions in Africa to submit their contributions to the special issue.

The guest editors promise a fast decision on the final inclusion of submitted abstracts in the revised Special Issue proposal. All authors are invited to (optionally) join an internal one-day workshop (digital participation) and a paper session at the ECAS2023 in Cologne. Both events aim at furthering the debate among participating authors.

Successful authors will be invited to submit their full manuscript to the journal by an agreed deadline and will be subject to the journal's usual peer review processes.

View the latest tweets from RSA_TPG

RT @regstud: Voting is open for the new cover for the 2023 (Volume 11) Territory Politics Governance @RSA_TPG Every year, RSA members and…

Read more
2
3
14 days ago
RT @regstud: Voting is open for the new cover for the 2023 (Volume 11) Territory Politics Govenance @RSA_TPG! What cover would you choose…

4
0
14 days ago
RT @regstud: Voting is open for the new cover of @RSA_TPG Volume 11 2023! What cover would you choose? Please click the Mentimeter link t…