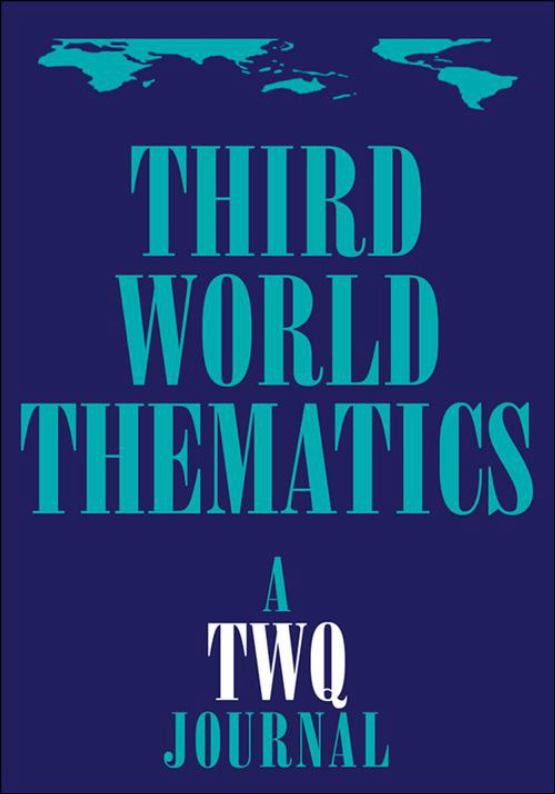 Territory and decolonisation: debates from the global souths

In the global souths - the multiplicity of struggles against-and-within the colonising north - the idea and practice of territory has been held as a crucial component to decolonising projects. The movement towards decolonising territory is most visible in the praxis of Latin American activists and scholars, as the region that has featured most centrally in academic debates to date. For example, in recent decades territory has been held as a core idea and practice in anti-racist, anti-extractivist, feminist and popular urban movements. From these starting points, territory has been reconceptualised beyond its implicit colonial legacies, opening up a rich debate in the intersection of territory and decolonial thought. Decolonising approaches to territory draw on diverse theoretical standpoints, always seeking to dismantle ongoing practices of colonial place making. In this context, the special issue seeks to broaden the geographic scope of decolonial dialogues on territory from across the global souths. We are particularly keen to receive contributions that expand the dialogue beyond Latin America. Papers may be both theoreticaland/or empirical and may include, but would not be constrained, by the following themes:

We welcome submissions from all researchers working on these topics and particularly early career researchers of the global souths. We understand these categories in their broadest sense and are keen to hear from those who may otherwise be marginalised in Anglophone journals.

Selected participants will, in addition to writing their paper for peer review, be invited to participate in two virtual workshops to discuss and refine their contributions in a collective format. This will also provide a chance to learn more about the process of publishing from those with little experience with Anglophone journals. Please note, the working languages of the workshops will be English, and all participants will need a sufficient spoken level to participate. However, we are keen to support under-represented languages and we will do our best to
support those with an intermediate level of English, including with copy-editing.

Successful candidates will be notified by January 29th with the first workshop expected to take place on 19th February 2021. First complete drafts of paper will be required by late April 2021, with the subsequent workshop taking place in May 2021.

RT @Womandla2021: Our thanks to the organisations that have very generously sponsored this event: Global South Colloquium Fund, Third Worl…

4
0
5 hours ago
RT @PKamruzzaman: Getting DMs for our @thirdworldq article w/@EmmaAndyKumi 👉Understanding the motivations and roles of national developmen…

1
0
22 hours ago
RT @drkatelaw: Excited to announce that the first six panels for @Womandla2021 are now live & available for booking: https://t.co/NFJu0KHii…