Submit a Manuscript to the Journal
Teaching in Higher Education 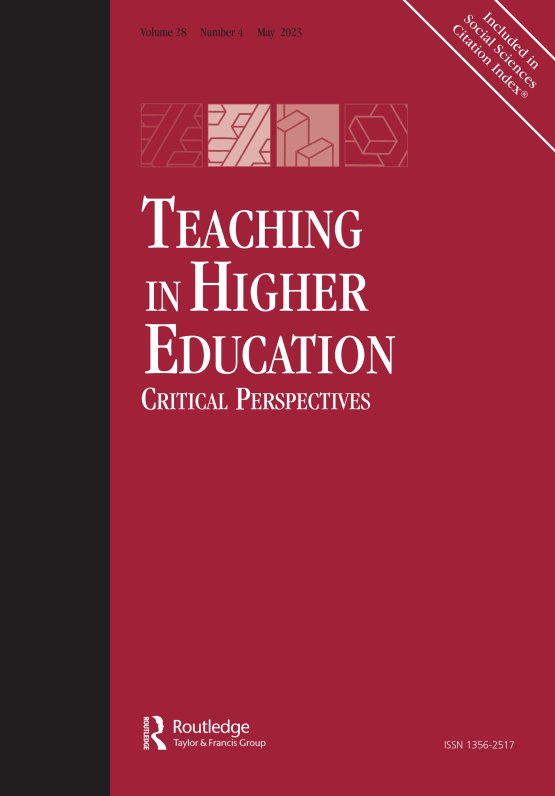 Precarity and illusions of certainty in higher education teaching

For this Special Issue of Teaching in Higher Education we invite articles that explore issues pertaining to precarity and illusions of certainty within teaching in higher education.

The term ‘precarity’ has been used since at least the 1950s in theorising the nature of insecure employment relations (Millar, 2017). Bourdieu (1998), for instance, used the term to refer to a specific set of conditions that constitute a labour regime, one in which workers face job insecurity, unstable working hours, low pay and so on. For Standing (2011), meanwhile, precarity referred to workers who are ‘living in the present, without a secure identity or sense of development achieved through work and lifestyle’ (p. 16). He also offered an associated class category, the precariat, for those whose working conditions are characterised by precarity. The ongoing commercialisation of higher education, indeed, has seen increasing levels of casualisation in the working conditions of those who teach in higher education. For instance, this commercialisation is evident in an increased usage of companies located in the private sector to support the delivery of both online learning and (pre-sessional) English-language support. A growing proportion of staff are employed on a temporary basis as adjuncts or assistants—an academic precariat.

Ettlinger (2007) argued, though, that there is value in considering precarity in relation to both macro-level structures in general and the micro-spaces of daily life. On this reading, precarity becomes ‘a condition of vulnerability relative to contingency and the inability to predict’ (p320). In taking such a stance, Ettlinger (2007) built on earlier work by Butler (2004), who highlighted the interdependent nature of human sociality, an interdependence that carries with it vulnerability. Such analysis also fits well with the stance taken by MacIntyre (1999), who highlighted the importance of developing virtues that pertain to an acknowledged dependence on others. Millar (2017) argued, nonetheless, that it is helpful to distinguish a general condition of vulnerability (i.e. an ontological precariousness) from the precarity that is considered as a condition of a labour regime. Such a distinction, indeed, is helpful in ensuring that precarity is not considered through a narrow lens that focuses on secure forms of work associated with wealthy nations in the Global North.

In terms of significant macro-level structures (beyond labour regimes) that give rise to vulnerabilities, Fraser (2014) referred to a crisis that is in play across the world that is linked to ecological destruction of the biosphere, an economy grounded in paper values and a crisis in social cooperation. The impact of climate change, for instance, is being keenly felt by universities across the world, whether connected to natural disasters or to migration—resulting at times in a dislocation of entire universities and a consequent impact on teaching staff. In terms of a crisis in social cooperation, the organisation of higher education is challenging in countries that are subject to ongoing conflict (or to the aftermath of earlier conflict), whether in Syria, Ukraine, Afghanistan, Somalia or elsewhere. The crisis in social cooperation also manifests itself in relation to macro-level inequities linked to ethnicity, gender and sexuality. For instance, racism may be an underlying issue in terms of the extent to which teachers are exposed to abusive social media campaigns. It is also now well established that there is significant scope for bias on the basis of both ethnicity and gender to occur in student evaluations of teaching.

A consideration of micro-level structures, meanwhile, led Ettlinger (2007) to suggest that there is a tendency for people to seek certainty in response to the feeling that some aspect of life is precarious. Strategies at the micro-level that she identified as supporting this quest include those that pertain to classification (keeping groups apart), homogenization (suffocating difference within a group) and legitimization (shoring up power relations based on the other two strategies). These strategies are typically employed to try to create more certain futures. In terms of higher education teaching, there is scope for regimes predicated on quality assurance, learning analytics, performance metrics, notions of excellence and so on to promise more than can be delivered in terms of enhancing student learning. For Ettlinger (2007), such strategies characteristically offer an illusion of certainty rather than any transformation of the conditions of precariousness.

While there has been extensive discussion around precarity in relation to work in higher education, only limited attention has been paid to the implications of precariousness for teaching in higher education. This Special Issue seeks to expand the boundaries around precarity in higher education teaching. In doing so, we agree with Butler that ‘Lives are by definition precarious: they can be expunged at will or by accident; their persistence is in no sense guaranteed. In some sense, this is a feature of all life, and there is no thinking of life which is not precarious […] Precarity designates the politically induced condition in which certain populations suffer from failing social and economic networks of support and become differentially exposed to injury, violence and death.’ (2009, p. 45)

Accepted articles must be aligned with TiHE’s aims and scope.

As well as research articles and conceptual pieces, we also welcome shorter articles as part of our ‘Points of Departure’ section of the journal.

Potential authors are asked to submit their extended abstracts of up to 700 words by 5pm GMT on Monday 5th December 2022 at the following location: https://forms.gle/3HVZ12CePqxFd3F27

Abstracts should provide an outline of the proposed paper, including its empirical, theoretical and/or philosophical basis, originality, and its importance within teaching in higher education specifically. We actively welcome abstracts which target the themes of the call from across the globe and from a range of disciplines.

An online event will be held on 17th October 2022 from 4.15pm (GMT+1) with the Special Issue Editors, allowing those considering making a submission to understand the main focus of the special issue and the nature of those studies that the journal publishes. Please register for the event at: https://TiHESI22.eventbrite.co.uk

For those abstracts that are accepted, the deadline for submission for full papers (via the journal’s online submission system at https://www.tandfonline.com/toc/cthe20/current) will be 5pm GMT 31st May 2023.

For advice on submitting a paper, please see: https://teachinginhighereducation.wordpress.com/seven-questions-for-potential-authors-how-to-get-published-in-teaching-in-higher-education/

Authors from a range of contexts are encouraged to apply, including those who are early career researchers, based in the Global South, on precarious contracts, with no institutional affiliation or so on are warmly encouraged to submit abstracts.

View the latest tweets from teachinginhe

RT @neiljohnford: Really pleased to share this article by @DrWillDonald and I... We explore the potential for #PeerLearning to support #Soc…

2
0
3 days ago
You can download a recording of the Q&A session held on 17th October for potential authors for our new special issue entitled "Precarity and illusions of certainty in...