Submit a Manuscript to the Journal
Culture, Health & Sexuality 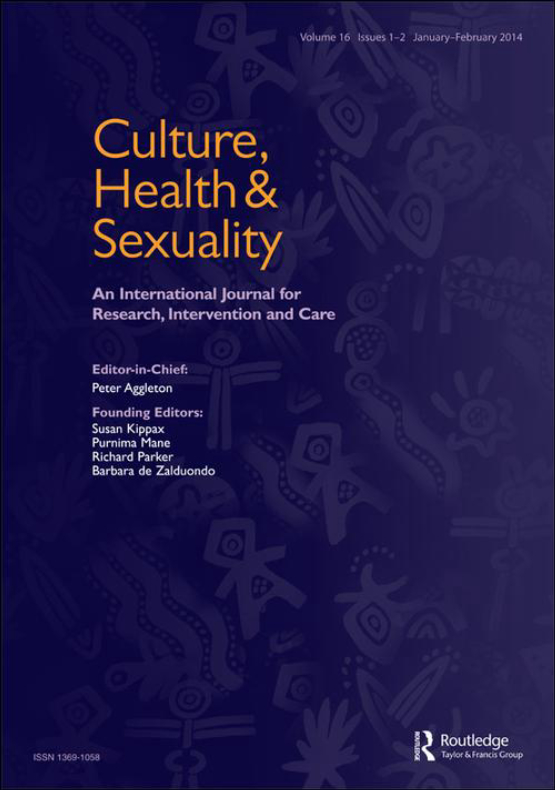 This special issue will explore the different strategies victim-survivors use to integrate the experience of sexual violence in their lives and avoid being defined by, or normalising, these criminal acts.

Topics of special interest include:

“Sexual violence” is an umbrella term for a variety of crimes including rape, sexual assault, incest, genital mutilation, intimate partner violence, and sexual harassment on the street or in digital environments. Legal definitions and interpretations vary by place and over time. But globally the number of people affected is staggering.[1]

Despite growing recognition and public concern, in many contexts the experiences of sexual violence by people such as sex workers, transgender, queer or lesbian/gay people, and married women, are categorically and legally denied. In countries where male same-sex relations are criminalised, for example, men cannot report sexual assault by other men, while male rape remains common in settings such as prisons. People from all genders and backgrounds therefore face failing legal systems and (fear of) social rejection. Celebrity testimonials by public figures such as Tina Turner, Gloria Estefan, Deepika Padukone, Sushmita Sen, Iyabo Ojo, Kyle Beach, Terry Crews, and Brendan Fraser resonate both because the narratives of the violence they describe are recognisable and widespread, and because they show that individuals are not always defined by the sexual violence experienced.

With formal support failing all over the world, most victim-survivors of sexual violence must move on without access to legal remedy and with the perpetrators walking free. Legally, the terms victim and survivor have different meanings, and those affected by violence may self-identify as victims or survivors at different moments in their lives. Reforming state-based legal systems is important. There are also informal justice systems that may support, undermine, or weaken victim-survivors. Recognising this reality opens the possibility of discussing the many ways in which people build satisfying intimate relations and claim sexual wellbeing after sexual violence.

In contrast, failing to acknowledge the possibility of rebuilding intimate relationships, having a successful life, and achieving closure without being complicit in the unfair or violent treatment of others, can inadvertently confirm the unequal division of power within patriarchy. Rather than seeking to define people and their lives by their experience of sexual violence, the goal of this special issue is to look at how people learn to integrate these events, learn from them, and build a life in which the experience of sexual violence is part of who they are now.

We seek papers engaging with building satisfying intimate relations and sexual wellbeing after sexual violence from different parts of the world. As always with papers published in Culture, Health & Sexuality, a strong emphasis on context and culture is required.

We are looking for authors from different backgrounds. We welcome early career authors, and co-authorship of papers by senior and more junior authors.

We are looking for work that shows a rigorous and deep understanding of the intersection of culture(s) and survivor strategies after sexual violence.

We wish to publish original research that has been completed with a preference for primary data, although the re-analysis of secondary data using a new perspective or different technique is also acceptable.

All papers included in the special issue will be reviewed in the normal way and only those papers recommended for publication following peer review will be accepted.  The guest editors of this special issue will be Pauline Oosterhoff and Saakshi Saxena, together with Peter Aggleton, the journal’s editor-in-chief.

[1] Globally, almost one in three women have been subjected to intimate partner violence, non-partner sexual violence, or both at least once in their life. Most violence against women is perpetrated by current or former husbands or intimate partners. United Nations, 2015.  The World's Women 2015: Trends and Statistics.   New York: United Nations, Department of Economic and Social Affairs, Statistics Division; Borumandnia, N., Khadembashi, N., Tabatabaei, M., & Majd, H. A. (2020). The prevalence rate of sexual violence worldwide: a trend analysis. BMC public health, 20(1), 1-7; An estimated 200 million women and girls, aged 15–49 years, have undergone female genital mutilation, acts that are mostly committed by people close to them https://data.unicef.org/topic/child-protection/female-genital-mutilation/

What to do next

Potential contributors should read the journal and author guidelines before preparing their paper. Guidelines on the preparation of papers for publication in Culture, Health and Sexuality are available here http://www.tandf.co.uk/journals/tf/13691058.html

Please indicate clearly in your online final submission that this is a contribution to the special themed issue on Survivor Strategies for rebuilding intimate relations and sexual wellbeing after sexual violence.

Renal Failure is an open access journal publishing research on acute renal injury and its consequences Find out more and contribute your research https://t.co/c1BlZeLJpL...

Read more
0
0
about 1 hour ago
RT @ghardiman: Congrats to Rebecca Morgan on her first first-author publication. Long non-coding RNAs and their potential impact on diagnos…

3
0
5 hours ago
TOMORROW! Join the chat 'The Power of Information in MedEd' #changemeded 💥 @AmerMedicalAssn https://t.co/UKAd9Q3woE