Submit a Manuscript to the Journal
Journal of Cyber Policy

For a Special Issue on
Strengthening Effective and Inclusive Cybercrime Policies 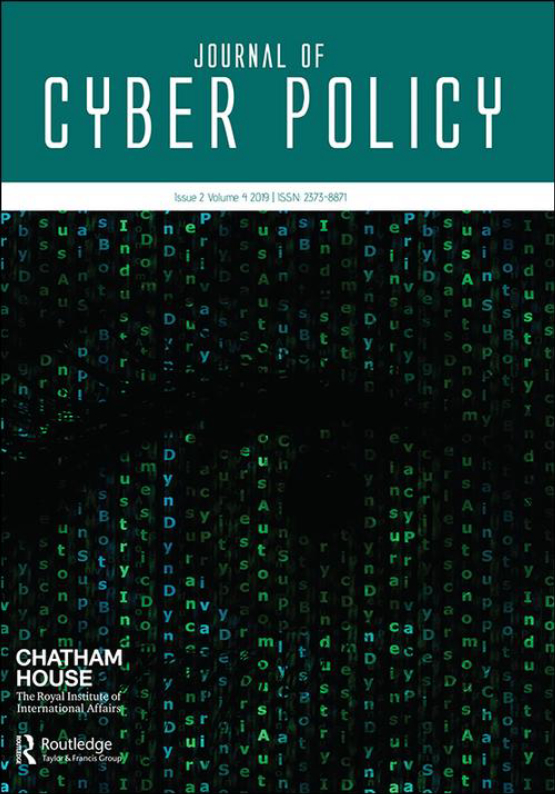 Cybercrime knows no borders. Increasingly, state and non-state actors deploy cyber technologies to commit crimes that pose threats to national and international security and economic stability, and to the lives and livelihoods of individuals and communities around the world. Cybercrime, and policies developed to counter cybercrime, have serious implications for human rights, too. It is clear that to counter cybercrime effectively, a whole-of-society approach is needed, supported by strong channels of international cooperation.

As the UN prepares to negotiate a new convention on cybercrime, it is urgent and important that a diverse group of stakeholders are involved in the process. These stakeholders must be representative of the communities around the world that are most adversely affected by cybercrime and cybercrime policies - including women and marginalised groups - and well informed of the key cybercrime issues and recent developments.

To this end, the Journal of Cyber Policy is launching a special issue on cybercrime focusing on strengthening effective and inclusive cybercrime policies as part of a multi-year project run by Chatham House’s International Security Programme and funded by Global Affairs Canada (GAC). The project aims at strengthening effective and inclusive cybercrime policies – in particular, the ones at the UN level.

The purpose of this special issue is to provide an open-ended platform for exploring inclusive and effective cybercrime policymaking from a diversity of regional, sectoral and thematic perspectives. The issue will encourage informed and proactive discussion on how international policies and responses for combating cybercrime and reducing cybercrime impunity can be made more inclusive and effective at offering protection to people using and impacted by the internet, in particular, vulnerable and minority groups. Thematically, this special issue will amplify under-represented testimonies and innovative approaches, in addition to providing a fresh focus on gender and human rights in the context of cybercrime. To this end, the editorial team of Journal of Cyber Policy enthusiastically calls for papers on strengthening inclusive and effective cybercrime policy making. Authors might consider sending articles revolving around the following themes, although the editorial team is open to considering other articles tackling other relevant themes.

In order to amplify a diversity of voices, experiences and perspectives, the Journal’s editorial team is committed to a diversity in the authorship of papers. This special issue invites work from technical, academic and policy backgrounds, and strongly encourages authors from a wide range of demographics, communities, and countries.

Authors are invited to submit relevant articles for consideration by the editorial team. The Journal will accept the successful articles on a rolling basis which will then be published online. Please note that this call is for the period 2021-2023, for which there are three deadlines for submission:

Interested authors are asked to submit as a first step their abstract and paper outline (400- 600 words), sketching out the key ideas in their proposed paper. The editorial team will then consider the proposals and make a decision with regards to the commissioning of the full paper within three weeks of the submission of the abstract. Completed manuscripts should be between 4,000 and 8,000 words (not including notes and references).

Completed manuscripts or outlines/abstracts should be submitted via Routledge, Taylor & Francis’ ScholarOne system.

View the latest tweets from CHCyberPolicy

Check out this call for article proposals from our friends over at @IAJournal_CH! They're interested in all things NATO (including its approach to cyber!) for a collect...

Read more
0
4
43 days ago
We're grateful for the support of our editorial board, @PatriciaMary, @tandfonline, and @IAJournal_CH. Watch this space!🤓 https://t.co/XQiHl1sUWE 🧵5/5