Submit a Manuscript to the Journal
Sport in Society

For a Special Issue on
Football vs. Ice Hockey in the European Sports Landscape 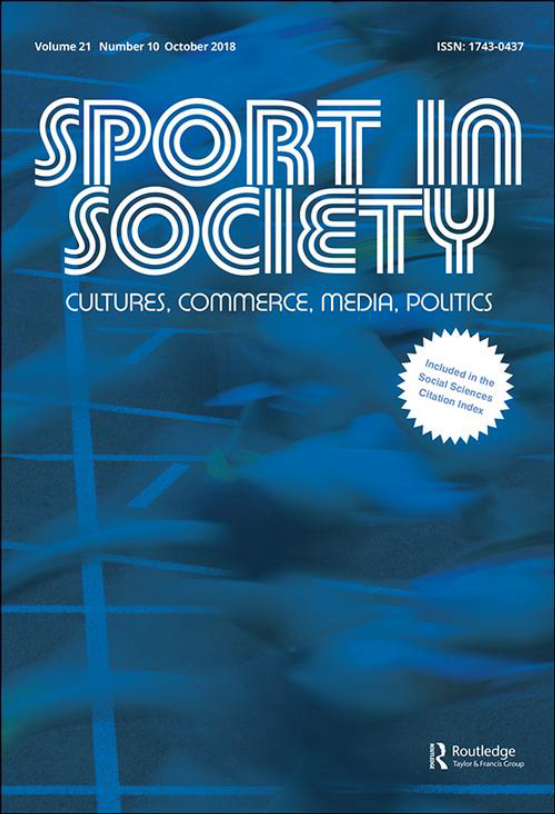 Football vs. Ice Hockey in the European Sports Landscape

Football stand as the leading sport in most European countries, regarding revenues, the market, and sponsorships as well as media attractions and the number of spectators. However, ice hockey has in several European countries a similar position, and sometimes even locally competing the dominance of football. Thus, the relation between football and ice hockey in countries such as Sweden, Switzerland, Czech Republic, Slovakia, Russia, and Finland (and Germany, to a certain extent) is challenging, due to the position and status of ice hockey.

Several European clubs, particularly in the larger cities, have substantial sections both in relation to ice hockey and football, such as Djurgårdens IF and AIK (in Sweden), IFK Helsinki, Sparta Prague, and CSKA Moskva.

In medium-sized cities – at least in Sweden – it seems to have come close to impossible for an established football club to have long-term success in the premier league, both in terms of sport logics and in financial terms, while the city’s hockey team has had significant victories. A reverse relationship can also be present, i.e., a successful football club seems to stand in the way of the development and advancement of a solid hockey team in the top division, Swedish Hockey League, in the same city. When ice hockey is successful and lucrative, the interest in football and its greatness seems to decrease, and vice versa, when a football club generates triumphs and image around its product.

In Sweden, the elite ice hockey clubs have in general been in favour of the progress of plc-organizations, whereas most football clubs have stand as a ‘brake pad’ and, thus, supported the Swedish Sports Movement’s ‘hegemonic sport culture’ and the non-profit-organization-model (the 50+1 rule).

By this acknowledgement and minor reports as a point of departure, the special issue intends to grasp and analyse the relationship between football and ice hockey, by different angles and perspectives focusing on identity, political ambitions, markets and sponsoring, spectator cultures, city-marketing in relation to sport successes. The basic aim is to detect and investigate differences and similarities in the complex of ‘football versus ice hockey in the European sport landscape’. Topics that might be included in the issue, and the marketing in a CfP, are:

Theoretical aspects can deal with global, local and ‘glocal’ characteristics, in describing differences as well as similarities in football and ice hockey, and their links and mutual dependency. An alternative departure, in order to explain the complex, could have influences from thesis related to the ‘Europeanization’ of football and the ‘Americanization’ of ice hockey. Besides, can similarities between football and ice hockey be understood in relation to an increasing ‘eventification’ of the commercial entertainment industry and the progress of fashionable arenas/stadium, with altering attractions (e.g., ‘mayflies’)? On the contrary, can we find qualities in football as well as in ice hockey that appeal substantially to identity, culture as well as image and city-marketing, in longer terms?

Call for Papers to a Special Issue on the topic: "Football vs. Ice Hockey in the European Sports Landscape."

Send the abstract to Torbjörn Andersson ([email protected]) before April 15, 2023. Abstracts must be clearly written in English and be a maximum of 300 words excluding the title and authors.

2
0
17 hours ago
RT @FB_Collective: The Football Collective book series continues to grow, and is becoming quite a resource for football research. There are…

4
0
17 hours ago
Explore these 3 articles from Journal of Leisure Research, all currently with Free Access "Exploring the conditions that promote intergroup contact at urban parks." 👉...

Read more
0
1
18 hours ago
RT @drdavehindley: Tickets are going like the proverbial hot cakes. Indeed I’m reliably informed half have already been snapped up. Don’t d…