Submit a Manuscript to the Journal
Spatial Economic Analysis

For a Special Issue on
Spatial Macroeconomics 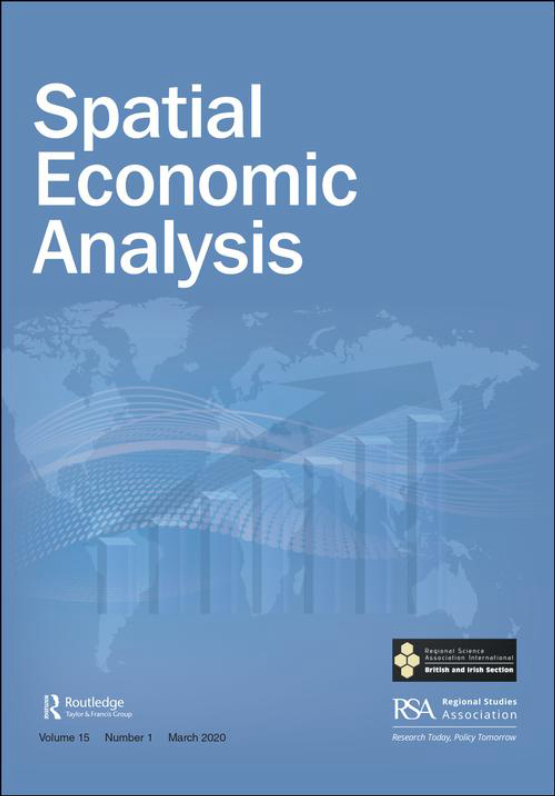 In macroeconomics, the spatial dimension has usually been overlooked. This abstraction implicitly treats regions within countries and other spatial units as homogeneous and ignores spatial mechanisms between and within regions. In this special issue, we seek contributions that show how regional economics, economic geography and spatial econometrics can talk to macroeconomics.

Topics might include but are not limited to the following:

Please submit an extended abstract of 600 words maximum to Professor Paul Elhorst ([email protected]) by September 15th, 2022. Notification about further consideration of contributions will be given by December 15th, 2022. After which time, successful authors will be invited to submit their full manuscripts through the online submission system following the Spatial Economic Analysis editorial guidelines. Submitted manuscripts will be subject to the journal’s usual peer-review process. We expect to publish the special issue in 2023-24.

View the latest tweets from spatialeconomic

Read more
1
6
26 days ago
RT @RegionsZine: A kind reminder that today is the last day to submit an abstract to the @regstud winter conference. https://t.co/UIe4qHpM…