Submit a Manuscript to the Journal
South Asian History and Culture 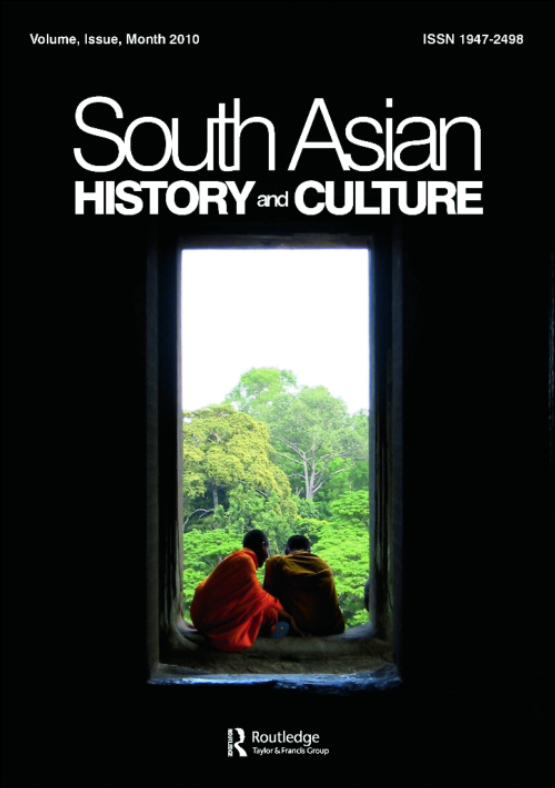 Western Popular Music and the Making of Indian Modernity

From the colonial period onwards a variety of Western musical forms and practices have traveled to the sub-continent interacting with domestic sound cultures and contributing to making of Indian modernity. While other influences from the west – in science and technology, political governance, and market mechanisms – have received considerable academic attention, the impact of western popular music in the Indian context is a relatively ignored area of inquiry.

This special issue of South Asian History and Culture is based on the premise that our understanding of Indian modernity is enhanced by a deeper exploration of the ways in which western music – beginning with colonial army bands to MTV and beyond – has contributed to the formation of modern sensibilities in India. The issue focuses exclusively on the western pop music (as opposed to western influences on indigenous music-making) that reached Indian audiences as well as local production of English-language pop and seeks to ask a set of questions surrounding these musical encounters to refine and develop our understanding of how popular cultural flows are constitutive of local modernities. What was/is the nature of the audience for western music in India? Was the reception of this music tied to elite-formation? Can one speak of a sub-culture around western pop? Was there any clearly formed state policy regarding What part did this music play in creating an urban youth culture in postcolonial India? Was the Indian recording industry able to nourish homegrown western pop artists? What the was the role of Indian radio and television in creating an enclave of western pop that was distinct from vernacular popular culture?

We are looking for essays that span a wide range of musical forms (band music, jazz, pop, rock etc.) and historical contexts. Both single-authored and co-authored submissions are welcome as are non-traditional forms like biographical essays and interviews with significant figures.

Possible topics include but are not restricted to:

Please submit an abstract of approximately 500 words, not inclusive of references, to the special issue editor Biswarup Sen ([email protected]) by April 30, 2022.

Based on the relevance and strength of the proposed work, the special issue editor will choose a selection of the submitted abstracts and invite their authors to submit full drafts of their articles for peer review. Because all articles undergo a full anonymous peer review process, an invitation from the editor to submit does not guarantee acceptance in the issue. Notifications regarding abstract selection will be sent out by May 31, 2022. For those authors invited to submit, full articles will be due December 31, 2022. Full Manuscripts should be approximately 8000 words in length including references. Manuscripts should be prepared using the Chicago Manual of Style Endnotes and Bibliography.

All submissions will go through the usual process of blind peer-review. The editors will select papers for the special issue based on their academic merit, quality, and overall coverage of the theme.

Join the conversation in a special issue of Peace Review that will focus on the Russo-Ukrainian War/Russian aggression against Ukraine. Find out more and submit your res...

Read more
0
0
3 hours ago
To celebrate our 50th volume of @RssJournal we have selected ten significant articles from across the journal’s history. These ten articles have been made free to acce...

Read more
1
0
3 days ago
RT @CasalBertoa: Honoured to have won the 2022 @Rout_PoliticsIR Impact Area Studies Award:https://t.co/CysD8IZEa2 I am thankful to all my w…