Submit a Manuscript to the Journal
Journal of Information Technology & Politics

For a Special Issue on
Social media and political contention: challenges and opportunities for comparative research 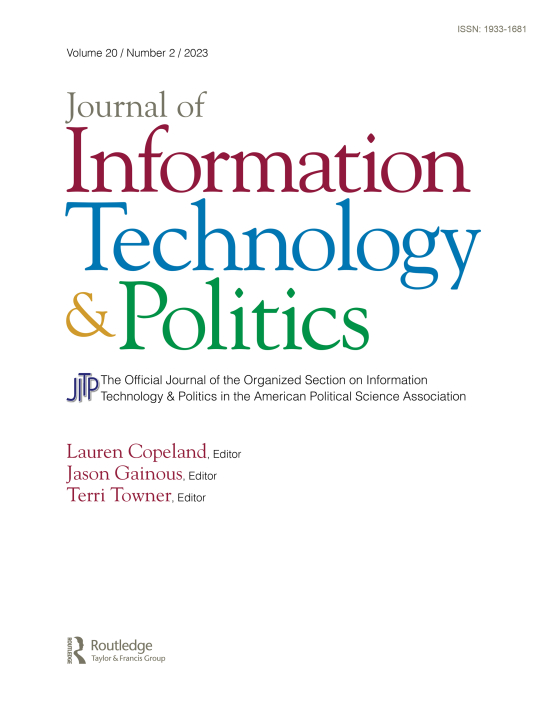 This special issue aims to advance comparative studies of social media analysis and political contention such as demonstrations, protests, strikes, riots, civil disobedience, and insurrection. Recent contributions in political science and communication studies have seen more attention to analyzing social media data to understand how people worldwide resist injustice, disobey authority, and protest against repression. The homogeneity of social media data in format and content promises systematic comparison across localities, actors and over time. However, we rarely see theoretical deliberation, methodological reflection, or empirical advancement of comparative perspectives on social media and political contention. Most studies are instead concerned (and thereby constrained) with single-country, single platform, or with a single issue, topic, or organization. Such lacunae not only prevent the development of vigorous comparative methodologies but also hinder potential opportunities for building generalisable theories beyond specific cases of digitally-mediated political contention. This special issue will address this gap, theoretically, methodologically, and empirically, by tackling challenges and opportunities regarding comparative social media analysis and political contention.

The contributions can be theoretical or based on empirical studies, addressing micro and macro-level research questions, but may also include innovative suggestions to overcome research challenges. In all forms, the papers should make explicit, original, and substantial contributions to the relevance and the implications of comparative social media analysis of political contention. We especially encourage manuscripts focusing on, but not limited to, the following topics:

A selection of authors will be invited to submit full papers of a maximum of 9000 words. Please note that acceptance of an abstract does not guarantee publication, given that all papers will undergo double blind peer review. For questions, please contact the guest editors.

View the latest tweets from JITP_APSA

Read more
7
33
3 days ago
“Innovation and adaptation in advocacy organizations throughout the digital eras” Drs @JamesRDennison and @Ninawth explore the impact and evolution of online advocac...

Read more
2
5
9 days ago
RT @mgomez85: The limited effects of cyber operations this far belies its insidious impact on institutional trust. Ryan Shandler and I summ…