Submit a Manuscript to the Journal
Science as Culture

For a Special Issue on
SaC Forum: Participatory Knowledge Co-production 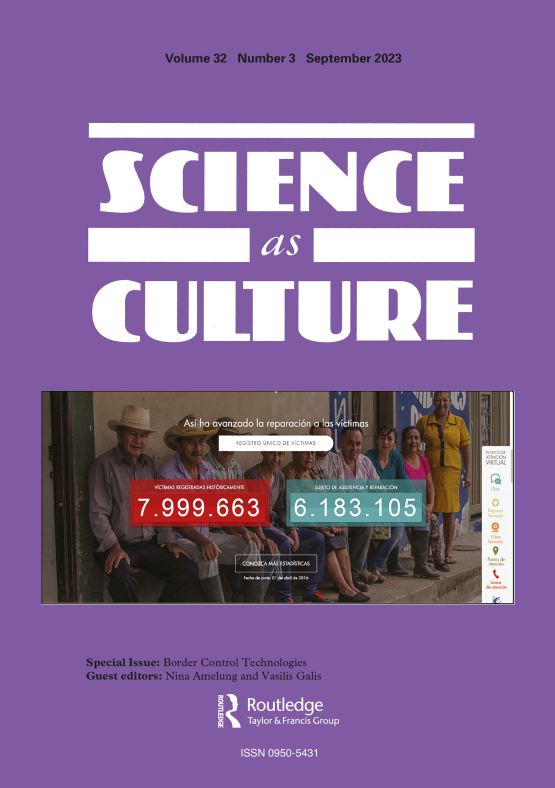 Academic researchers have a long experience in co-producing knowledge with practitioners. This has often aimed to contest the dominant expertise, to shift power imbalances and thus to empower groups of many kinds. These encompass subaltern groups contesting various inequities (of race, class, gender, etc.) In such ways, participatory knowledge co-production has sought to promote societal transformation.

Our Forum invites articles that address some of the following questions:

Those questions arise from concepts in the literature survey; articles should engage with them. Contributors are welcome to write personally about their own experiences.

Knowledge co-production with stakeholders has had various generic names such as Participatory Action Research (PAR) and Community-Based Participatory Research (CBRP). As a general pattern, CBPR has often emphasised epistemic conflicts and knowledge justice, while PAR has often emphasised institutional interventions and societal change. Alongside any such differences, the literatures have considerable overlaps, so the distinct names are less important than specific concepts and practices. The modest survey below highlights some key issues, related to the questions above. Some recent articles have helpful surveys of earlier ones.

In particular, scientists and community members who have engaged in CBPR have sought to democratize knowledge production in ways that transform research from a top-down, expert-driven process into one of co-learning and co-production. This has entailed infusing local, community-based knowledge with tools and techniques from disciplinary science, often constructively improvising and shifting the research process to better address community-identified concern (Balasz et al., 2012: 9).

By acting on science, this engagement process arguably has improved its rigor, relevance and reach (ibid.). This has brought an epistemic shift in what counts as valid knowledge and its producers.

Through a strongly participatory science, affected communities have carried out ‘undone science’, i.e. addressed questions and issues that were neglected by the official science (Hess, 2015). ‘Local residents can add great value to environmental health science—both in the kinds of questions and ways of knowing—that increases the understanding of population health in polluted communities’. By producing relevant science in contested environments, knowledge justice can address power inequities (Allen, 2018). Undone science has been done through various strategies – e.g. a triad of lay/local, scientific, and legal experts – as means to overcome the expertise barrier (Arancibia & Motta, 2018). Activist-researchers have contested the dominant epistemological paradigm attributing cancer to individual behaviour and genetic deficiencies (Zavestocki et al., 2004).

Issues have gone beyond environmental health, encompassing development decisions and pathways, e.g. in technoscientific innovation in renewable energy and genomics. As a temporal obstacle, however, the knowledge necessary to inform participation in decision making often does not exist at the time of decision making. Therefore procedural justice should include proactive knowledge production to fill in knowledge gaps, and ongoing opportunities for communities to consent to the presence of hazards as local knowledge emerges and scientific knowledge changes (Ottinger, 2013). An entry point has been scientific dissent, which has provided a basis for alternative knowledges and their co-production with practitioners; but dissenters have had diverse positionings in relation to the dominant knowledge; these differences matter for practitioners’ roles in contesting power (Moore and Strasser, 2022).

Beyond acting on science per se, such efforts have sought to shift institutional power and to gain public accountability for its role. Yet such collaborations have experienced tensions between researchers and practitioners, e.g. as regards the use and control of new knowledge, conformity with dominant standards of knowledge, relationships with decision-makers, etc. (Conde, & Walter, 2022). In some cases, the collaboration between scientists and local groups has scientized dissent, in ways excluding knowledges, cultures and values of communities (Kinchy, 2010).

Such tensions have hindered a collective subject from developing knowledge-strategies to realise their aims. Such relationships and action strategies have been made more explicit by concepts of Participatory Action Research (PAR).

Participatory Action Research (PAR) originated in Latin American struggles against the hegemonic power with its everyday neocolonial oppression and exploitation. There the research method has had various forms and names, especially Investigación Acción Participativa as an umbrella concept. This aims to ‘transform and re-enchant our plural worlds’, according to the Colombian sociologist Orlando Fals Borda (2001). He popularised the aim for a sociología sentipensante, integrating ‘reason and love, the body and heart’, as a crucial basis of liberatory knowledge for collective action (Fals Borda, 2015: 8).

The original methods were adapted elsewhere by researchers bringing social justice perspectives to political-economic-environmental conflicts in diverse contexts. In PAR, participants should be empowered to play the role of ‘change agents’. Creating conditions for such partnership helps ‘generate a sense of connection that better ensures benefit of the collective good’, initially among participants (Bradbury, 2010: 98, 106).

Those aims need not mean a parity of influence within an inquiry process. More modestly and feasibly, the PAR process needs ‘a sufficient degree of inter-dependent collaborative reflection and management, for the research to be genuinely with people, and not about them or on them’ (Heron and Reason, 2006: 151).

Research ‘with people’ entails a collective subject, e.g. a specific group which plans and implements practical interventions. This role provides the context, aim and incentive to participate in a research process. Although the collective subject needs to have some prior existence, it can become more cohesive and stronger through a PAR process. This generates social learning whereby participants act, interpret outcomes and refine their strategy; they develop new relationships and understandings.

Such learning may undergo repeated cycles of 4 stages: planning, acting, observing, and reflecting on outcomes. The sequence helps practitioners to learn collectively from outcomes, as a basis to clarify strategies for the next cycle (Reason and Bradbury, 2008).

Action researchers plan for cycles of action and reflection and thereby must be reflexive about how change efforts are unfolding, and the impact that our presence (the intervention) is having…. Researchers need to discuss and shape our research question and design with the practitioners (Bradbury, 2010: 98).

Here the relevant knowledge encompasses political-economic forces which may facilitate or impede the collective aims, alongside epistemic conflicts over valid knowledge.

Beyond discrete stages as above, the PAR process generates an ‘extended epistemology’, which combines experiential, presentational, propositional and practical ways of knowing (Reason and Bradbury, 2008: 366).

When co-inquirers are working together, there is a dynamic interplay between their actions and their state of being, mediated by intuitively grasping a significant pattern in their current behaviour and by conceptually naming the quality it reveals. Once this quality is identified and agreed, the inquirers can negotiate action to enhance or modify it (ibid: 378).

In this sense, the PAR process facilitates a collective subject to be strengthened or reconstructed.

Through PAR, stakeholder networks have generated knowledge contributing to research agendas and empirical knowledge, going beyond the normal scope of academic research. Immersed in intervention contexts, the researcher can identify aspects that were not actively sought or aspects not seen by many participants; this has been a key feature of action research (Huxham, 2003: 246). Such inside knowledge has relevance for interventions into policy issues and thus collective reflection on strategies.

Finally, a caveat: Some participatory forms (including PAR) were eventually reduced to yet another data-collection technique. Or they were assimilated and mainstreamed into neoliberal agendas: participation might well be a mask that is not necessarily coincident with democratic traditions. This illusory role has prompted calls to repoliticise PAR for its original counter-hegemonic, emancipatory aims. Given its organic connections with contemporary social movements such efforts

hold out the possibility of reviving approaches to PAR that are not only counter-hegemonic, but which might prefigure new forms of social organization and practice that will stem, if not turn the tide against neoliberal globalization of the past three decades (Jordan and Kapoor, 2016: 9).

This caveat and potential remain relevant for any research partnership for knowledge co-production.

View the latest tweets from SciAsCulture

RT @tandfSTEM: Science as Culture welcomes your submissions for a special forum that will reflect on STS publishing practices and how they…

2
0
7 days ago
RT @STSItalia: ⌛️⌛️⌛️#STSItalia2023 #callforabstracts #deadline extended to January 22. Our 51 panels are eager to receive your abstract p…

7
0
13 days ago
In recognition of this year's #Bernal #Prize recipient Arie Rip, we feature his #SciasCulture article "Folk Theories of Nanotechnologists" (2006) on how #folk theory can ...

Read more
2
11
25 days ago
RT @tandfSTEM: Add your insight for a Science as Culture forum, that invites researchers that have been involved in co-producing knowledge…