Submit a Manuscript to the Journal
Rural Society 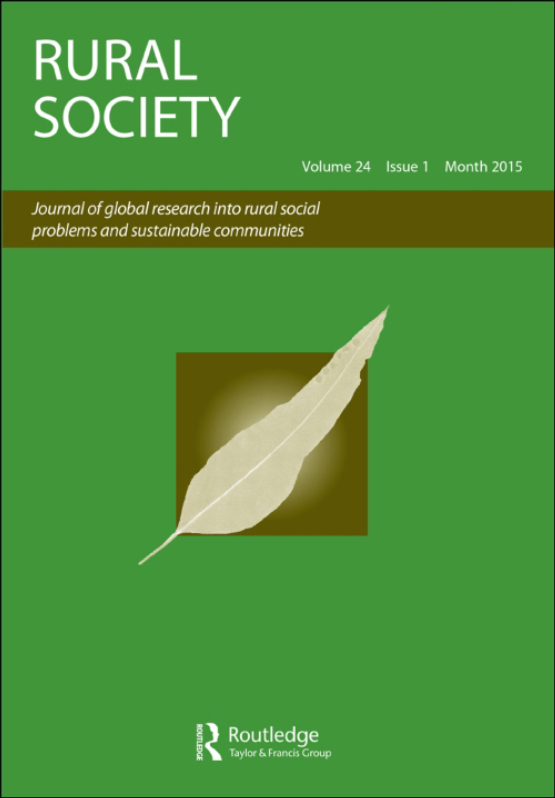 Revitalisation of the Rural Periphery via Transformative Tourism Geographies

History will show that pandemic disruptions beginning in 2020 have been catastrophic for tourism visitation across the globe and, in turn, this has inadvertently turned the gaze toward rural and peripheral areas where the wide open spaces and proximity to nature have proved to be an attraction for urban dwellers (Romagossa, 2020). The allure of the rural periphery and the countryside for tourism is long established (Kordel, 2016; Clark & Chabrel, 2007), and the enforced tourism hiatus has given it a new and, in some cases, urgently needed lease on life. However, the appreciation of what is referred to as countryside capital (Eimermann, 2016), and the ensuing and renewed attention, raises myriad concerns, especially regarding the extent to which rural communities can absorb and adapt to the growing demands for constrained provisions of housing, services and amenities, among other exigencies. This has manifested as threats to the way of life of incumbent communities and their social and ecological inheritances, and as a barrier to the attraction of in-migrants. On balance, contestations suggest that tourism expansion might not be worth the imposition for resident communities because of the transformed and heightened contest for space and amenity, and the subsequent ripple effects that tends to be induced. It is obvious that tourism is at the
vanguard of the revived clamor for the rural idyll, but unless in situ communities are active participants shaping the nature of this expansion, the capacity for development to prioritise their interests will remain constrained. Moreover, the social and ecological assets (for example, water availability) of communities at the rural periphery are usually prized and are what heighten their appeal, but the extent to which tourism expansion puts these under strain, remains a pressing concern (Marzo-Navarro et al, 2015).

Apropos, and unsurprisingly, as the persistence of international border and wider travel restrictions (and their enduring impacts) have encouraged domestic and ‘near home’ travel, proximity tourism has emerged as a key driver for tourist visitation, often involving domestic or cross border travel, and to places within close reach through the usage of ground transport. Jeuring and Haartsen (2017, p. 120) describe proximity tourism as vacationing near home or a type of tourism “promoted by a drive to behave responsibly by acting locally near home, enhancing one’s own regional economy, local culture and social networks”. This phenomenon has been brought into stark relief in pandemic times as the desire to lower chances of contagion have intensified (Butler, Szili Hay & Cutler, 2022). In some countries, like Japan, the renewed interest in the rural periphery has boosted attempts toward employing
tourism as a vehicle for rural revitalisation, and what have been sleepy backwaters for the most part are now undergoing renewed interest and revitalisation (Cheer et al, 2022; Qu & Cheer, 2021). Queries and solid understandings as to how the resulting transformations are likely to play out, and the subsequent implications for the management and planning of tourism expansion at the rural periphery, have generally lagged visitation growth.

Notwithstanding, the status quo of rural tourism and the challenges and opportunities faced remain formidable in the present where global recession looms, workforce shortages have intensified, climate change-induced effects demand urgent adaptation, and where rural population decline and its converse, urbanisation, continues apace. The role that social capital plays in all of this reinforces the assertions made by Park et al (2015, p. 130) - “community social capital makes important contributions to governance, especially in situations where the market and government fail to allocate resources because of lack of information to design and enforce beneficial exchanges”. This raises questions as to whether tourism growth strengthens or dilutes the cohesion of communities at the rural periphery. Moreover, contestation and anxieties centered on the maintenance and protection of what are considered contexts with fragile ‘sense of place’ and ‘way of life’ resonates (Derrett, 2003). This is supported my McHenry (2009, p. 61) who argues that “the social wellbeing of a community, directly through tourism, income generation and employment opportunities, and indirectly by enhancing participation and creativity in public decision-making, strengthening community capacity, and strengthening identity and sense of place”, are key imperatives.

Questions about how to promote and stimulate entrepreneurship and inward investment in the rural periphery remain a formidable constraint (Ikonen, 2016; Yachin & Ioannides, 2019), particularly where local level capacity and buy-in is in short supply (Qu & Cheer, 2021). A key concern for communities at the rural periphery, as Measham et al (2014) pose, is the extent to which they can shape their own futures, and by extension, adapt to what are usually
externally consequential headwinds. Another pressing concern is the “debate about smart rural development beyond broadband connectivity and the urban-rural digital divide” (Cowie et al., p. 174), for without unhindered connectivity, the periphery remains practically estranged (Klien, 2020). Further, issues of social-ecological resilience building and how tourism expansion abides comfortably by the local context remain formidable and often difficult constraints to negotiate (Cheer, Milano & Novelli, 2019; Cheer & Lew, 2017; Lew & Cheer, 2017).

Potential pathways and interventions for engagement in this special issue might include multi-, inter- and cross-disciplinary queries into some of the following:

This is a partly closed call and prepared for the Australia Japan Foundation project (2021 – 2022), Benchmarking Rural Tourism in Australia and Japan. Additional papers will be selected subject to suitability to the specific needs of this special issue and in alignment with the aims and scope of the the journal.

10
0
6 days ago
Add your insight for a special issue of Geografiska Annaler: Series B, Human Geography: Quiet Austerity: Geographies of state restructuring and retrenchment in the Nordic...

Read more
1
1
9 days ago
How can you encourage creative risk-taking in your students? We answer this question and more during our free, on-demand webinar. Watch today! https://t.co/bjQAFFNvsz ht...

Read more
0
0
12 days ago
RT @regstud: What were the most read articles in @regstud journals during 2022? Visit https://t.co/FzwUYBIiPz and see the 3 most read arti…