Submit a Manuscript to the Journal
The Interpreter and Translator Trainer

For a Special Issue on
Revisiting Aptitude Testing for Interpreting 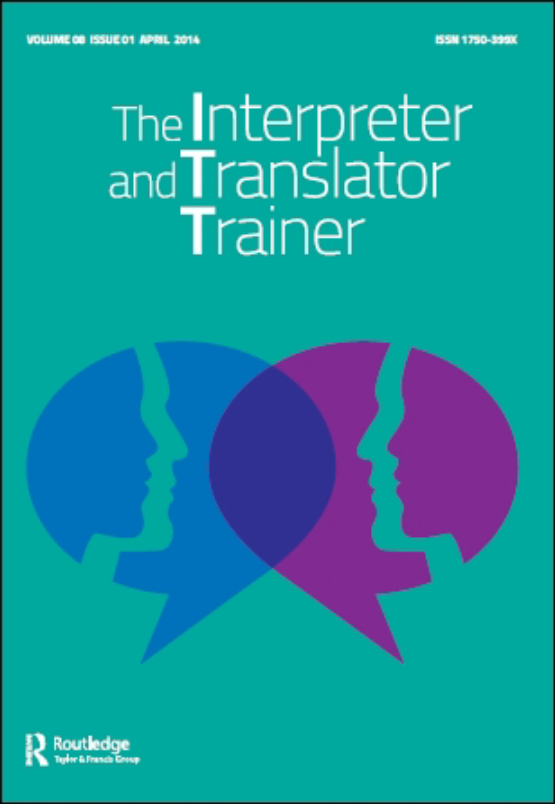 Aptitude refers to “any characteristic of a person that forecasts his/her probability of success under a given treatment” (Cronbach and Snow 1977, 6). Aptitude for interpreting is defined as “an overall term encompassing abilities, skills and personal traits deemed necessary or reliable predictors of successful interpreter training (Russo 2011, 25).

The previous special issue on aptitude for interpreting, co-edited by Miriam Shlesinger and Franz Pöchhacker, was published in Interpreting in 2011, following the international symposium titled “Aptitude Testing for Interpreting: towards Reliable Admission Testing” held in Antwerp, Belgium in 2009. The seven selected papers by leading researchers and educators specializing in aptitude testing for interpreter training explored the validity and reliability of a great variety of testing batteries using different research methodologies and calling attention to this highly critical, yet under-researched topic. Ten years on, we feel the urgent need to revisit this topic to further stimulate research on this topic by scholars across the world based on the considerations we outline below.

While the number of interpreter training institutions is increasing exponentially across the world (with the number currently reaching approximately 300 in China alone), the quality of their graduates’ skills often falls far short of the needs of the market. Aptitude testing, which serves as the “gatekeeper” for screening candidates to become prospective competent interpreters, is playing an ever more important role in interpreter education. It remains not only “a practical necessity” but also “an ethical one” (Russo 2011, 6). Therefore, solid research on aptitude testing with reliable empirical results is much needed.

The research in the previous special issue was largely conducted in Western contexts where trainees were heterogeneous and language combinations were restricted to the German and Romance stocks. A special issue also incorporating research carried out in the Eastern contexts with homogeneous groups (for instance, the large Chinese trainee population) and a wider range of structurally different languages could offer fresh insights to the current literature through a new lens.

Furthermore, despite advances in neighboring disciplines such as language testing and educational measurement in recent years, interpreting scholars and practitioners have largely not sought expertise from testing specialists (Sawyer 2004; Setton and Dawrant 2016). Research on high-stakes interpreting tests such as gatekeeping aptitude tests further incorporating insights from these and other relevant disciplines could put research on aptitude testing for interpreting on a more evidence-based footing.

Finally, despite educators’ and researchers’ repeated calls for more valid and reliable aptitude testing for interpreting, as echoed in the previous special issue, little progress has been made so far. The paucity of conclusive, empirical research remains an issue, and aptitude testing for interpreting continues to be characterized by “a lack of systematic methods and consistent standards and practices” (Liu 2015, 20), which hinders “reproducible, defensible and accountable decisions” (Setton and Dawrant 2016, 374).

In this special issue we would like to bring to the fore once again the burning issues related to aptitude testing for interpreting by bringing together researchers and educators from around the world, and by focusing on empirical research that may yield evidence-based guidance for designing, administering and assessing aptitude testing for interpreting.

Themes that may be addressed include (but are not restricted to) the following:

We invite original and up-to-date contributions that do not exceed 8000 words (tables, captions, references, footnotes and endnotes included) and that reach out to an international readership. All papers will be subject to double-blind peer review. The focus of all submissions should be in line with the ITT aims and scope.

Have questions about ethics standards you need to follow before publication? Our How Researchers Changed the World learning programs cover all you need to know before you...

Read more
0
0
3 hours ago
'[The book] is both a model of Greek epic style in diminuendo and a celebration of domesticity.' In this blog, Georgia L. Irby, author of Epic Echoes in The Wind in the ...

Read more
0
0
yesterday
Looking for content related to your discipline? Our authors are experts in their field and are contributing pieces that will help springboard your curriculum design. Brow...

Read more
1
0
5 days ago
This Chapter Sampler offers Faculty and Librarians guidance on how to ensure your students understand and can use the resources available in their library. Download your ...