Submit a Manuscript to the Journal
Review of Education, Pedagogy, and Cultural Studies 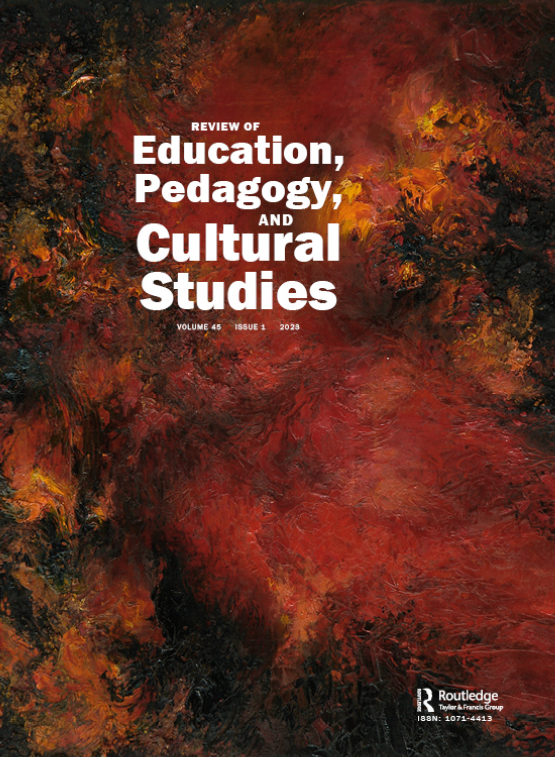 Science Fiction and the Cultural Politics of Education

Science fiction, according to Sherryl Vint, is a transformative “cultural mode” of imagination that explores how science and technology alter individual and social lives, emphasizing their role in transforming worlds and realities. SF offers “a vision of the world made otherwise and the possibilities that might flow from such change,” and can demystify present conditions and spark visions of alternative futures. In this regard, science fiction harbors myriad pedagogical potentials that merit further exploration and experimentation within the current conjuncture characterized by authoritarian politics, cascading ecological crises, economic instability, unchecked corporate power, rejection of scientific consensus, violence, and technological acceleration. In this context, science fiction appears as a promising cultural mode of political thought. As Kim Stanley Robinson has often claimed, science fiction is “the realism of our time” and a rich source of utopian visions.

Science fiction has not developed separately from capitalist modernization, brutal imperialism, extractive colonialism, and various forms of social domination. Thus, this special issue welcomes critiques of science fiction that are relevant to the cultural politics in education. Nevertheless, science fiction also exhibits the capacity to operate as a diverse cultural text that employs modes of imagination – speculation (“What if…?”), extrapolation (“If this goes on…”), utopian (“A better world is possible… “) – that can enable visions of historical difference and inform thinking about the prospect of alternative futures beyond capitalist realism and the impasse of its endless present. As SF scholar Gerry Canavan puts it, “The future has gone bad; we need a new one.”

In many ways, contemporary education globally has taken on characteristics often associated with science fiction. Following Fredric Jameson’s description of science fiction as the “attempt to imagine unimaginable futures,” this special issue aims to explore the educational and pedagogical dimensions of this pursuit. How can science fiction guide critical education in fostering the capacity to imagine, pursue, achieve, and live in unimaginable futures? What questions, contradictions, and struggles does such an endeavor imply for theory, pedagogy, and cultural politics of education? How can cultural studies of science fiction advance how we think about the purpose(s) and potential of education in this historical moment? Thinking with science fiction affords education scholarship an imaginative energy made artificially scarce by the field’s hegemonic practicality.

Topics of potential interest include, but are not limited to:

Submissions should use APA style citations and references.

Please submit abstracts (300-500 words) with brief author bio or inquiries with the subject heading “REPCS Special Issue Proposal” by January 15, 2023 to: [email protected]. Invitations to submit manuscripts through the journal submission portal will be extended by January 30, 2023.