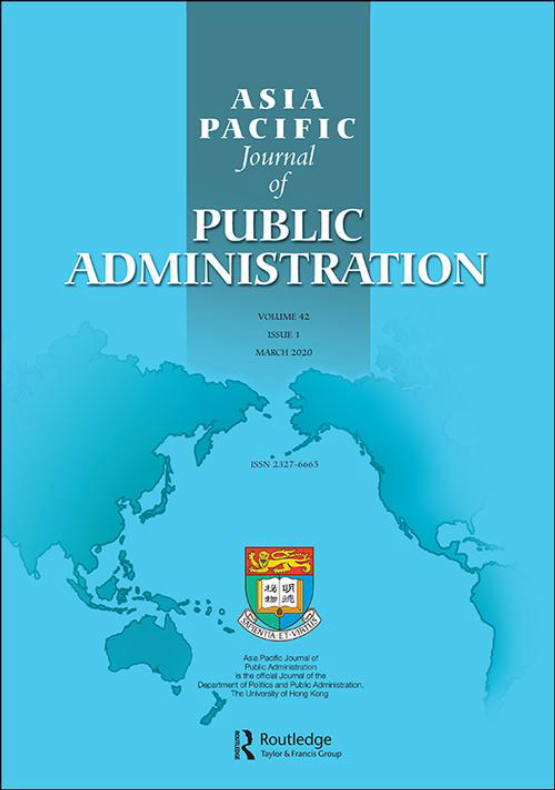 The aim of this special issue is to relate the rising interest in non-western public administration to the resurgence of religious belief in the contemporary public administration landscape in Asia. The rapid economic development of Asia has brought deep changes in society and with it an expanding variety of old and new religions to help individuals, groups and communities find meaning, identity and self-realisation in their disrupted circumstances. This includes increasing observance of existing world religions in Asia (Islam, Christianity, Buddhism, Hinduism, Sikhism) as well as their reworking with indigenous religions into hybrid forms to build new religious movements mobilising dislocated parts of the population. While the phenomena of religious resurgence in Asia has attracted scholarly attention, notably in theology, religious studies, sociology and anthropology, there is an absence of frameworks for apprehending and analysing the links between religion and public administration in the Asian context.

This special issue takes forward one element of the agenda set out in the essay by Ongaro (2021) in the Asia Pacific Journal of Public Administration on the importance of non-western philosophy in efforts to develop non-western public administration (Dreschler 2014, Pollitt 2015). Ongaro (2021) acknowledges briefly the position of religion in non-western philosophy noting that, in Asia, the two are often intertwined to the point that studying them separately – for example, Confucianism qua religion and Confucianism qua philosophy – is both difficult and less useful analytically than understanding them as a single phenomenon.

Within western public administration, it is a taken-for-granted assumption that legitimacy is conferred on the state by the people, who, in religious terms, are diverse and include significant elements who do not hold religious beliefs or observe religious practices of any kind. Within the Asia Pacific, contrary to the predictions of many advocates of secularization theory, such as the staple of European public administration Max Weber, religion has not disappeared or been wholly ‘privatized’ to a matter exclusively of personal choice. In Asia, the problem of justifying political authority posited by Ongaro requires attention to religion in the public realm: what role may religious values and cultures play in justifying forms of public administration? More specifically, in the religious pluralism of contemporary Asia, how is religion being used to justify or resist different forms of public administration and substituting for secular versions of public value governance (Bryson et al 2014)?

The concept of tradition is broad and general enough to allow the connection of religious beliefs and public values to the justification of public administration (Painter and Peters 2010).  Pollitt (2008) uses an historical institutionalist approach to uncover normative functions embedded in administrative traditions: tradition acts as a form of justification of political authority in Ongaro’s terms. For example, the Confucian administration tradition in Asia - far from operating as a hard-edged empirical category of observable habits and practices that may be described longitudinally - is a culture and set of values; something malleable that is able to be invented and reinvented as a source of legitimacy. Alternatively, Drechsler (2015) identifies Islamic Public Administration as an important administrative tradition neglected by contemporary scholarship in which different Muslim cultural habits and practices influence public action.

The special issue encourages submissions about religious pluralities and their intersection with secular values and administrative traditions in the public sphere in Asia. Rapid economic transformation has produced simultaneously: a cosmopolitan global citizenship; a resurgent nationalism; fluid, multiplying religious identities and practice; alongside rising religious fundamentalism across faiths. Amid such change, the institutions of public administration, at both regional and national scales, are often struggling to sustain Ongaro’s legitimacy criteria. Similarly, religious authority is in flux with many believers finding new religious leaders online. Administrative capacity is stressed by challenges such as climate change and the mass disruption of the COVID—19 pandemic. In the religious sphere too, these pressures are leading to social polarization along tribal religious lines and the scapegoating of minority groups.

How and where religion matters in public administration in Asia

Beyond these elementary questions posed at the level of the overall governing system, the special issue also seeks contributions investigating the roles religion and religious groups play at more granular levels of public administration study: organisations, teams, policy, programmes and projects. We would welcome contributions that take contemporary concepts of administrative reform – co-production for instance – to investigate the position and role of religious organisations in Asia. Co-production is a broad term emerging in western public administration that covers such varied innovations as governance-driven democratization (Warren 2014), collaborative governance (Ansell and Gash 2008) and various forms of interactive governance (Edelenbos and van Meerkerk 2016). Co-production is generally seen as a response to the challenge of trends in contemporary society that are stressing public administration capacity similar to those cited in the resurgence of religion such as technical and political complexity, high levels of cultural diversity, and decreasing deference to authority.

The special issue will occupy the wide interface of religion and public administration in the Asia Pacific context. We welcome contributions that, empirically and/or conceptually, speak to the challenge of conceiving and building an analytical framework to sustain future research. Given the current lack of an established literature, contributors to the special issue have the potential to frame future research. However, we are interested in theory building papers with identified generalisable potential and that may seed the generation of hypotheses for future scholars. These may use comparative research designs with quantitative and/or qualitative data of events, processes, patterns; or, alternatively, systematic reviews or meta-analyses of the relationship between public administration and religion in Asia.

Below is an indicative, but by no means exhaustive, list of possible research questions that papers in the special issue may address:

View the latest tweets from APJournalPA

Read more
0
11
17 hours ago
RT @GeorgeBert: I love the smell of an accept in the morning! Our meta-analysis on organizational size & public service performance is acce…

Read more
2
7
6 days ago
Just out! Muno & Briceno @unirostock show what happens to bureaucracies when authoritarianism emerges using the example of #Venezuela of Chaves & Madurohttps://bu...