Submit a Manuscript to the Journal
Regional Studies

For a Special Issue on
Justifications and objectives of regional policy under the new circumstances: evolution or Copernican revolution? 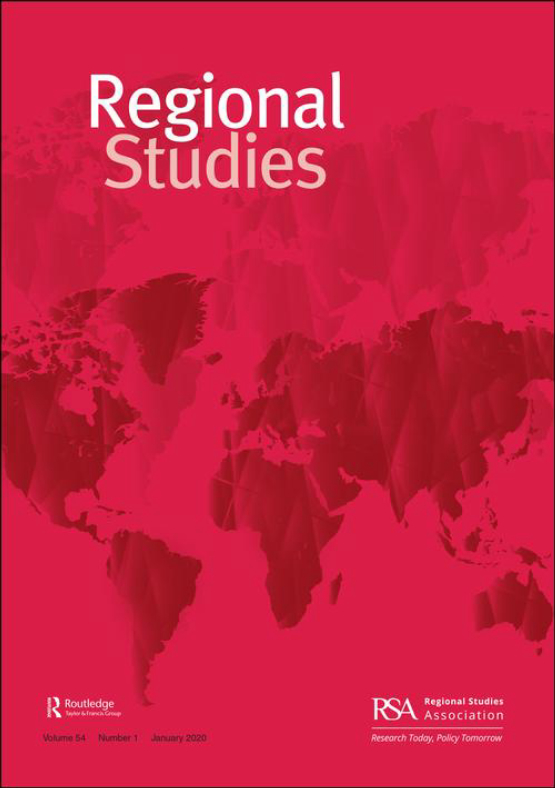 Justifications and objectives of regional policy under the new circumstances: evolution or Copernican revolution?

The purpose of the special issue is to investigate and discuss the justifications for regional policy and its objectives under the new circumstances we are living in. Novelties in both theoretical thoughts and policymaking practice have in fact been introducing transformations to regional policy, showing a radical evolution that could even result in a Copernican revolution.

The reasons why regional policy should be applied have been investigated for a long time, but the current global and regional situation is making some of them obsolete and new ones are appearing or gaining ground. In this context, policymaking seems to be increasingly confused as regional policy has increasingly been used to address many different issues, including some whose regional relevance is doubtful.

The special issue aims therefore at clarifying which objectives should be pursued through regional policy in the next 10 years and which others should be left to people-based policies or national macro interventions.

Additionally, the special issue wants to make the readers explicitly aware of the possible trade-offs arising between the various objectives so that policymakers will be able to make well-informed choices.

Traditionally, starting from the 1960s, regional policy has been mostly justified by market failures and pursuing objectives such as equity/reduction of disparities, on one side, and efficiency/growth/competitiveness, on the other, complemented by two other top-level objectives identified in quality of life and environmental protection, which are not more recent objectives but objectives whose importance has increased over time.

The various objectives have sometimes been seen as conflicting and originating a trade-off until the concept of place-based policies provided ground to the idea that by tapping the untapped potentials of lagging regions the objectives of equity (or reduction of disparities) and efficiency (or growth) could be achieved at the same time. In particular, smart specialisation strategies have the intention of achieving the two objectives at the same time by finding opportunities for every region.

Yet, the most recent circumstances put forward important challenges for regional policy. Disparities have been on the rise in the last years, especially within countries, and this is due to centripetal processes and the crisis of many lagging and middle-income regions. This added to political discontent and turmoil, especially in “left-behind” places.

The economic crisis arising from the Covid-19 outbreak generates an additional need for growth at a time in which the quest for clean and politically safe energy has become a global issue able to negatively affect recovery.

The special issue will hence address the issue of which objectives should be targeted with regional policy in the next years, which other objectives are better to be targeted with other policies at a national or international level and, last but not least, which trade-offs we are going to face and how can we deal with them in the best way, without neglecting or hiding them.

The existence of trade-offs and the need to choose among alternatives is in fact the elephant in the room of most strategic policy documents. Part of this neglect comes from political circumstances, while part comes from the insufficient scientific evidence.

The special issue aims at publishing top-level interdisciplinary research addressing the issues above. Both theoretical articles and empirical ones are relevant, but empirical papers are expected to use their evidence to demonstrate conceptual issues.

The relevant themes to be addressed in the special issue include:

An extended abstract of no more than 400 words should be submitted to Ugo Fratesi at [email protected] by the 30th of September 2022. Please use “Special issue justifications and objectives of regional policy” as subject of the email. The abstract should contain information on the main issues addressed, the epistemological and methodological approaches used and, finally, the principal expected results.

Authors will be notified if their abstracts have been accepted following a careful examination of all the abstracts, which will take place in October 2022.

If successful, authors will be invited to submit the full paper through the journal’s online submission system no later than the 31st of January 2023. All manuscripts will be subject to the journal's usual double-blind peer review process.

View the latest tweets from RegionalStudies

"The influx included billionaires and hedge funds unmoored from their Wall Street offices who flocked to South Florida for its low taxes and year-round sunshine." The re...

11
0
15 hours ago
"Our paper shows that faster absorption of EU funds reduces the effectiveness of the Cohesion Policy in Objective 1 regions, that is, the ability of the EU funds to stimu...