Submit a Manuscript to the Journal
Review of Communication

For a Special Issue on
Reconfiguring Dissettlement: Fugitive Bodies in Fungible Places 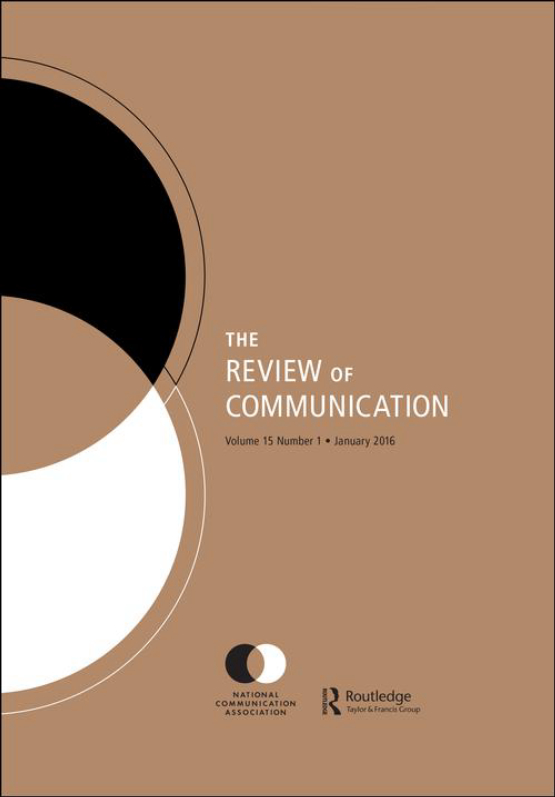 This themed issue invites essays that name, animate, map, and historicize the “doctrines of discovery” closest to home and work that have, over generations, rendered non-white people as incommunicable and the lands they once stewarded as fungible. Through ongoing redevelopment and displacement, this settler colonial situation—a configuration of material and methodological biopolitical conquest—recurrently organizes populations of Black and Brown in place and space. Moreover, this process is aided all the while by ever-evolving settler technologies that make doctrinaire the processes of perpetual settlement (Sharpe, 2016). Though the history of how doctrines of discovery evolve and mutate is incomplete, we know that once land is taken and established, occupancies are denied; or once rents escalate and controls sharpen, the incursion continues. How then do we recognize “fugitive” life replete with a “desire for and a spirit of escape and transgression of the proper and the proposed” as Fred Moten has proposed? (Wallace, 2018) We tread into this conversation of settler colonial technologies firmly committed to Iyko Day’s effort “to probe the discursive construction of colonial and racial exceptionalism itself, particularly in terms of their relation to…a broader logic of capitalist accumulation through the violent expropriation of land and labor” (2015). Anagrammatically, we also listen for the “undocumentos” as “the spoken subject within the context of exile” and “transgressive acts of perception and interpretation within a shifting borderlands territory” (Rivera, 2021). It has become too easy to act as if earlier “incursions” (Lopez, 1992) have little consequence today.

Thus, this themed issue is premised on a rejection of complicity in accepting an all-too-easy inheritance of the territories and properties taken by others. If people work in a comfortable setting at a college or university or reside in an economically comfortable neighborhood, they share the inheritance. At its most rudimentary level, this call seeks commentary on how the university, the neighborhood, or the various ports of entry in the settlement (e.g., airports, e-commerce, and transnational media) escape critical scrutiny for the cultural and economic conquests that made those institutions possible. The frontier spirit is alive and well in university pursuits of “innovation” economies and territorial expansion into the city; this zeal is also found in your homelands everywhere. This call invites the study of “settler technologies” normalized in commerce, education, and residential life because “Property law is a settler colonial technology. . . . The weapons that enforce it, the knowledge institutions that legitimate it, the financial institutions that operationalize it, are also technologies. . . they evolve and spread” (la paperson, 2017).

Developing the clear-eyed “stare” proposed by Karma R. Chávez for actual bodies as well as for unseen and “sayable” geographies of racial in/difference will require assistance from anthropology, sociology, ethnic studies, sexuality and gender studies, and other interpretive domains welcomed to this call (2018; McKittrick, 2006). Submissions may be autobiographical, critical-geographic, object-oriented, discourse-critical, textual-interpretive, neighborhood-ordinary, coding-contestable, algorithm-expositional, and foremost race, origin, gender, and sexuality-performative. The form of the submission may invest in odd curations, onto-stories, speculative realism, historical retracing, and radical empiricism so that the text-forms align more closely with life-forms.

This call anticipates projects that address (but are not limited to) the following themes:

We are asking that completed manuscripts be submitted no later than October 1, 2021. If that deadline is unworkable, please contact us about submitting a 750–1,000-word extended abstract of a manuscript nearing completion.

RT @realDrRuth: Ahhhh!! Look what came in today!!!! Official book launch will be online October 22nd -- be on the lookout for more details…

13
0
about 1 hour ago
Discover these #journalism books on enhancing storytelling and join @CardiffJomec online for the Future of Journalism conference. Learn more: https://t.co/QRgtWrJxDO @foj...

Read more
2
2
19 hours ago
The Review of Communication by @NatComm publishes original scholarship that advances the discipline and practice of communication through the study of major themes that c...

Read more
0
3
20 hours ago
Join @CardiffJomec at the Future of Journalism conference on Sept. 22-24 about overcoming obstacles in journalism like mental health of #journalists, data #journalism &am...