Submit a Manuscript to the Journal
Political Communication 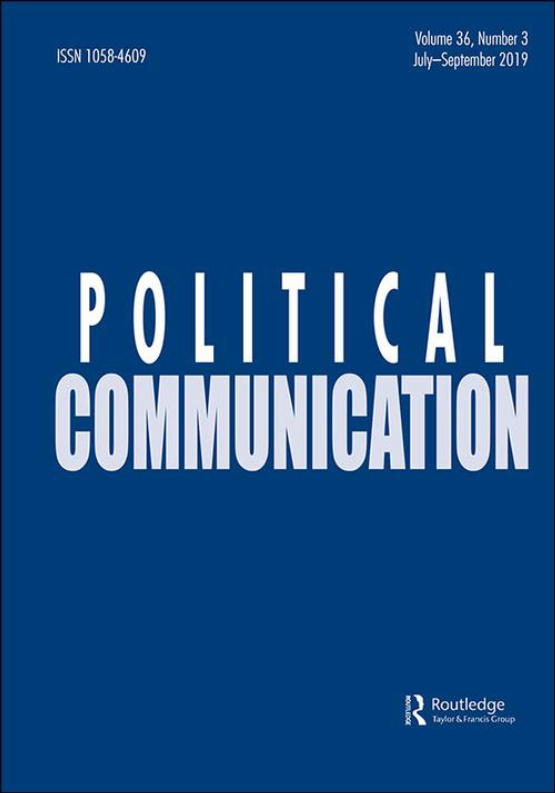 Race and Ethnicity as Foundational Forces in Political Communication

The past decade has brought renewed public recognition of the central role of race and ethnicity in politics and institutions globally. Yet the field of political communication has struggled to foreground race and racism in its theoretical accounts of prominent phenomena (e.g., misinformation, polarization, populism, new communication technologies). This special issue will respond to recent calls for work that places racial and ethnic identity at the theoretical center of contemporary political communication (Kreiss et al., 2017).

We invite contributions that go beyond looking at race and ethnicity as demographic categories or contextual variables to explore how their fundamental sociological, psychological, and political foundations push us to reexamine what constitutes the biggest questions facing the field. In particular, we seek to highlight contributors that center concepts of racial identification, hierarchy, conflict, justice, and racism into theorizing about hybrid media systems, journalistic practice, social movements, and political media effects (among other topics). Studies could address questions such as:

Articles in this special issue may present empirical findings and/or offer new theoretical thinking. We encourage submission from scholars who use diverse epistemologies and methodologies and focus on cultural and political contexts from around the world. A key quality in successful submissions to this special issue will be their ability to theoretically center race/ethnicity in the study of political communication.

Authors should submit an extended abstract to the guest editors via email: Stewart Coles ([email protected]) and Dan Lane ([email protected]) no later than January 1st, 2022. Extended abstracts should consist of no more than 1,000 words (excluding references) and clearly outline: a) the submission’s theoretical approach to race and ethnicity and b) implications of the research for the study of political communication. Empirical articles should further include: c) clear research questions or hypotheses, d) methodological approach and data collection procedures, and e) summary of findings or expected findings.

In mid-January 2022, selected abstracts will be invited to submit full papers by April 15th, 2022. Full papers must adhere to the journal’s submission guidelines and should be no longer than 30 pages inclusive of abstract, tables, references, and figures.

View the latest tweets from polcommjournal

82
0
6 days ago
RT @hanzhangliu: Happy to share my joint work with Chengyuan Ji that just came out on @polcommjournal: we find that foreign news coverage…

17
0
6 days ago
RT @VinArceneaux: If you’re doing research at the intersection of race and ethnicity and political communication, please send us a submiss…

12
0
20 days ago
RT @Routledge_MandC: Contribute your research for a special issue of Political Communication: Race and Ethnicity as Foundational Forces in…