Submit a Manuscript to the Journal
Journal of Vocational Education & Training 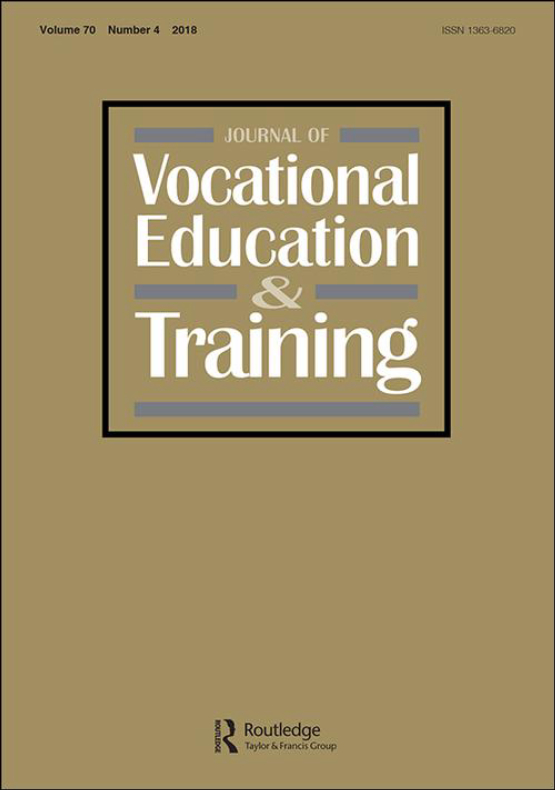 TVET race and ethnicity in the global south and north

Following the Black Lives Matter protests and campaigns such as ‘Rhodes Must Fall’ which call for the removal of statues of slavers and colonialists, the issue of race, inequality and education has been placed at the centre of educational debate. It is thus timely to revisit TVET, race and ethnicity following the BLM protests but also the ‘new’ conditions arising from COVID-19 and its impact upon (post) neo-liberalism and TVET. The salience of race and ethnicity is apparent in ongoing research taking place in secondary schooling and in particular in analyses of higher education. In the latter, questions of white supremacy, de-colonisation, neo-colonialism as well as indigenous knowledge and the lived experience of race and racialisation are pivotal. However, as far as TVET is concerned there is a limited albeit uneven discussion taking place in both the global north and south that focuses on race and ethnicity. This is particularly the case in relation to non-advanced level VET. Frequently race and ethnicity are treated as subordinate or secondary to the political economy of TVET.  Here an interest in competitiveness becomes closely aligned with the needs of industry, rendering the broader and more educative possibilities of TVET being eclipsed by the hegemony of capitalist interests. Notably, ethnic minorities appear to have been amongst those groups most affected by Covid-19 and now face unemployment along with those deemed to be marginal to the needs of capital. However, in the global south, and to a lesser extent in Anglophone societies of the north, a more expansive understanding of TVET is emerging. This has become apparent in societies in the global south where activists are developing critical perspectives on VET in relation to citizenship, environmental and green issues, international development as well as in responses to worklessness and ‘employment’ in the informal sectors of the economy. A number of these concerns are present in European and Nordic societies and elsewhere. It is now appropriate to re-address some of the themes that we first raised in an earlier special issue on VET, Race and Ethnicity (2017, 69:3).

We are particularly interested in papers that seek to develop theoretical and empirical understandings of the complex and varying ways in which race and ethnicity play out in TVET in both the global south and north. We anticipate that the special issue will draw on empirical, conceptual and theoretical research drawn from across the world— from Africa, Asia, Europe, America, the Pacific Rim, US, and so on.

Contributions might address, but are not limited to, the following concerns:

Prospective contributors are invited to submit an expression of interest and extended abstract of up to 500 words by Wednesday 1st December 2021 to Professor James Avis; [email protected].

The guest editors will contact all contributors to inform them of the outcome of their submission by the end December 2021. A selection of authors will be invited to submit a full paper with a deadline for submission of 1st June 2022.

It should be noted that an invitation to submit a full paper does not guarantee publication as all papers will be subject to the Journal’s peer referee process.

View the latest tweets from JVETjournal

Read more
3
5
7 days ago
Today we'd like to shine a spotlight on one PHD abstract in our latest issue in which Hannes Hautz examines the organising rationalities and logics of teachers’ pedagog...