Submit a Manuscript to the Journal
Geografiska Annaler: Series B, Human Geography

For a Special Issue on
Quiet Austerity: Geographies of state restructuring and retrenchment in the Nordic countries 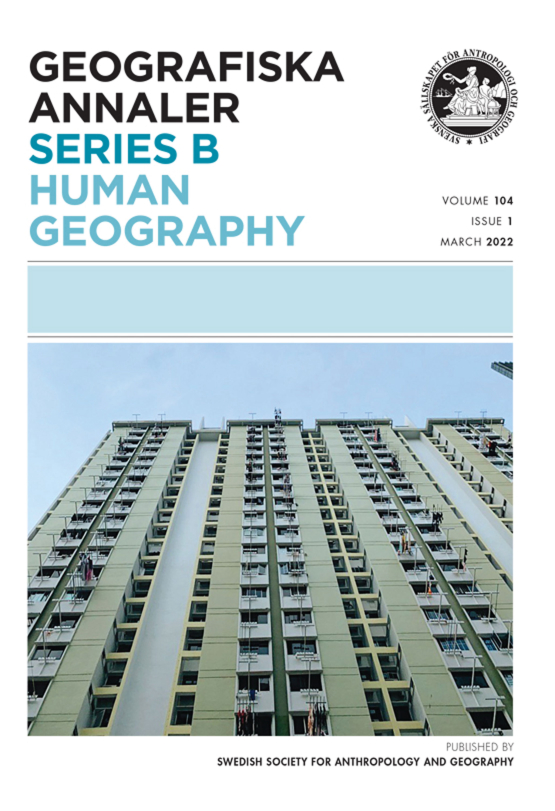 Quiet Austerity: Geographies of state restructuring and retrenchment in the Nordic countries

European austerity is most frequently discussed in relation to the UK and Southern Europe. The former was led by a series of fiscally conservative governments which proclaimed themselves austere, while the economies of Spain, Portugal, Cyprus, and most prominently Greece were ravaged by Troika-imposed conditionalities. In contrast, this Special Issue draws attention to more hidden modes of ‘quiet austerity’ operating in the Nordic countries.

Critics of austerity policies have often turned to the ‘Nordic model’ of social democracy as an alternative, whether celebrating Iceland’s decision to jail bankers or arguing for Scandinavian income distribution and public service provision (Bergmann, 2014). Following the Financial Crisis, the idea of Scandinavian difference shaped alternative visions for the welfare state on both sides of the Atlantic. Yet Nordic countries also implemented austerity (Hansen & Mailand, 2013; Huijbens & Þorsteinsonn, 2017; Nyby et al., 2018), while some scholars have even argued that Nordic states are entering a ‘post-welfare’ phase (Baeten et al., 2015, p. 209). Within this phase, once-generous Nordic welfare states are diminished through exposure to the market, and the devolving of welfare provision and financial pressures to local government – a process defined by Peck (2012) as austerity urbanism (Baeten et al.,2015).

This Special Issue highlights the uneven geographies of ‘quiet austerity’ operating in the Nordic countries, locating areas of retrenchment and neoliberal restructuring amid a welfare state landscape stereotypically viewed as generous. Through this, it aims to broaden the geography of debates around austerity in Europe, highlighting its centrality to contemporary welfare provision and the illegible modes through which it increasingly operates.

10
0
4 days ago
Add your insight for a special issue of Geografiska Annaler: Series B, Human Geography: Quiet Austerity: Geographies of state restructuring and retrenchment in the Nordic...

Read more
1
1
7 days ago
How can you encourage creative risk-taking in your students? We answer this question and more during our free, on-demand webinar. Watch today! https://t.co/bjQAFFNvsz ht...

Read more
0
0
10 days ago
RT @regstud: What were the most read articles in @regstud journals during 2022? Visit https://t.co/FzwUYBIiPz and see the 3 most read arti…