For a Special Issue on
From Public Finance to Public Economics 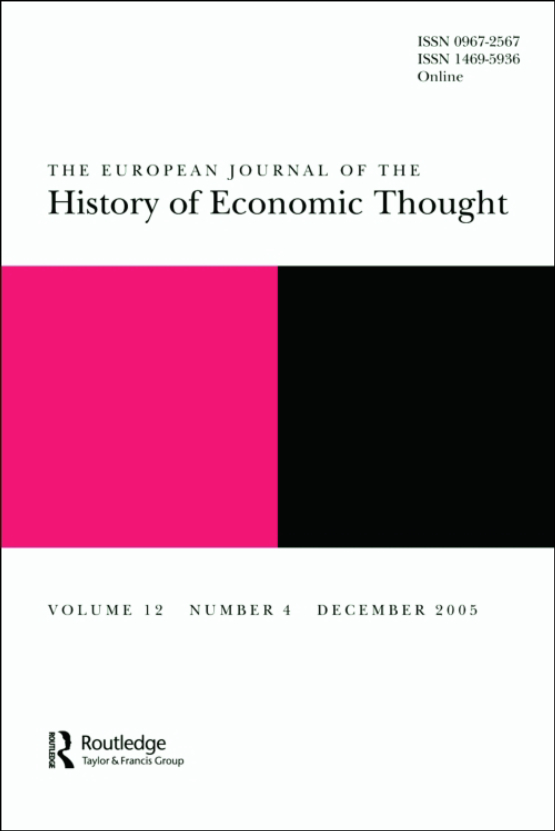 From Public Finance to Public Economics

Studying a key rupture in the economic discourse on the state

The year 2022 will mark the 50th anniversary of the first issue of the Journal of Public Economics. Before the publication of works by L. Johansen and S.C. Kolm in the middle of the 1960s, the expression of public economics had not been used to describe a field of economic inquiry. More than a change of label, to what extent did public economics break away from the centuries-old discipline of public finance in the 1960s and 1970s? With roots in 17th-century political arithmetic and 18th-century cameralism, public finance stabilised as a mature field in many European countries in the second half of the 19th century. University chairs, textbooks, and specialised publications structured the field around language areas and emerging “national traditions.” Public finance discourses were tightly connected to the financial challenges faced by the states, from revenue collection to managing the public debt. Indeed, it was not until the twentieth century that public finance and money and banking became separated fields. In the first half of the 20th century, various scholars applied neoclassical calculus to the normative theory of taxation and public expenditures. Contrasting syntheses of various strands of public finance discourses were proposed in the United States by James M. Buchanan and Richard A. Musgrave in the middle of the century. Some key concepts of this “modern public finance,” such as public goods, were absorbed in the new public economics. Yet, some strands of “fiscal sociology” and the Keynesian fiscal policy at the heart of the public finance literature of the 1950s and 1960s were not incorporated into the reconceptualized microeconomic field of public economics of the 1970s. At the same time, a new generation of economists “rediscovered” the older contributions of Jules Dupuit, Hugh Dalton, and Frank Ramsey that were not then central to the corpus of public finance.

To this day, some specialists do not see a clear distinction between public finance and public economics. Seemingly, both deal with the same object: the role and the effect of the public sector in a mixed economy. However, there was a clear recognition from the middle of the 1970s that public economics adopted a mathematical approach in line with the methodological standards set by the theory of general equilibrium. Recasting the theories of taxation and public expenditures in the contemporary neoclassical mould placed them in a central position within the economics discipline, but it also came at a cost. Communal concerns and tax equity principles were less intelligible in the new epistemology, for instance, and country-specific public finance problems became less prominent.

We welcome contributions on all aspects of the history of public economics, but we are especially interested in receiving papers that address any of the following issues:

Proposals for papers (between 600 and 1000 words) should be submitted by email to [email protected] no later than 20 February 2022. Authors whose proposal is accepted will be invited to send a full paper by 30 July 2022. A selection of papers will be discussed during a workshop in Graz (Austria) on 5-6 September 2022. Final papers will have to be submitted to EJHET by 15 October 2022 and will then be reviewed by anonymous referees in line with the regular procedures of the journal. For further information, please contact any of the editors of the special issue.

Join the conversation in a special issue of the Journal of Marketing Management that is inviting articles that explore any topic related to the history, present and futur...

3
0
2 days ago
COVID-19 has highlighted the urgent need for investments in human capital and infrastructure in vaccine R&D. Learn more in this #OpenAccess article, just published ...