Submit a Manuscript to the Journal
Prose Studies

For a Special Issue on
Struggle & Hustle: Queer Nonfiction Prose 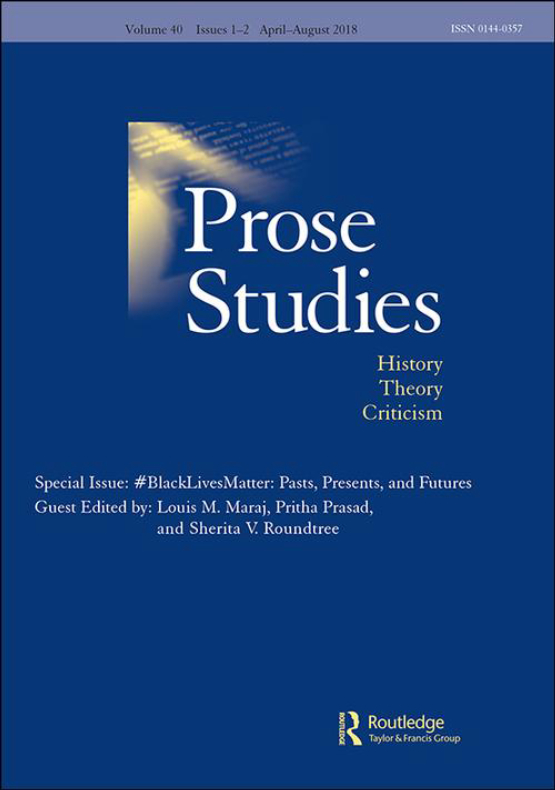 Prose Studies: History, Theory, Criticism invites submissions for a special issue devoted to exploring trans and queer mutual aid, support, and networks in all genres and periods of nonfiction prose. This issue seeks to delve into the ways in which trans and queer writers have mobilized nonfiction prose to make visible marginalized identities, disseminate underground knowledge, and fashion networks of care and family.

From Victorian pamphlets on "female husbands" to contemporary web-based grassroots medical guides like grassroots guides like Trans Bodies, Trans Selves, trans and queer people have long both been written about and written popular nonfiction prose. Such writing has both served to create fraught narratives of pathology and, often simultaneously, enabled LGBTQIA+ people of diverse lived experiences to reflect their realities and write themselves and their communities into being.

Likewise, in memoirs like Janet Mock's Redefining Realness and Jacob Tobia’s Sissy, nonfiction prose's sense of immediacy and materiality works to insist on the self-defined reality of people who challenge conventional notions of the gender, sexuality, gender expression, race, disability, class, geography, size, immigration status, sex work, and to imagine what a thriving self and community can look like.

Moreover, in this context, LGBTQIA+ nonfiction prose must be considered in terms of the material conditions of its production, including queer and trans presses and editors.

Topics of interest might include, but are not limited to:

Please send article proposal abstracts of 500 words to [email protected] by August 2, 2021. Early submission is welcome as are queries or letters of interest. Completed manuscripts of 8,000–9,000 words will be due February 1, 2022.

This special issue of Prose Studies will be published in Summer 2022.

View the latest tweets from prosestudies

Read more
0
0
32 days ago
RT @JenniferACooke: Probably a volume that readers of @prosestudies are going to be interested in.

3
0
33 days ago
We're looking to add gender pronouns to our author's contact information for both book reviews and articles. #AcademicTwitter, does anyone know of any other academic jour...