Submit a Manuscript to the Journal
Production Planning & Control

For a Special Issue on
Success factors for Action Research on Operations Management: Can new (rigorous) knowledge be generated while solving a real (relevant) company problem? 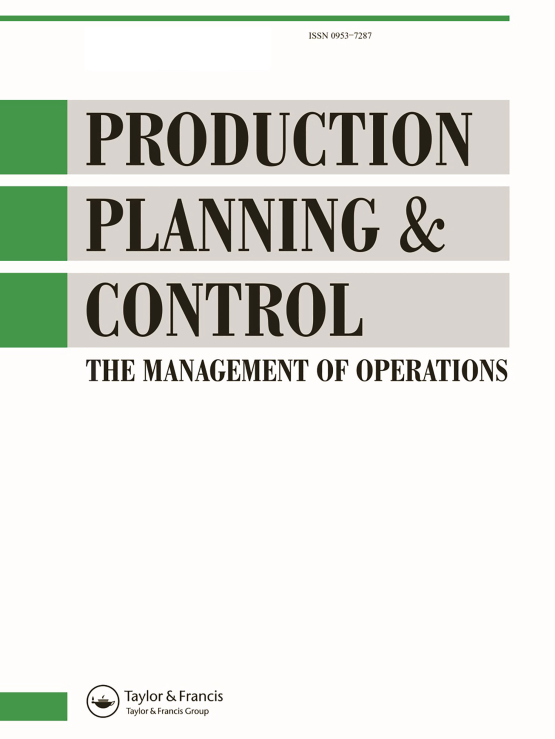 [there is an] obsession with rigor in the choice of methodology. Too many of the results have been significant only in the statistical sense of the word. In our work, we have always found that simpler, more direct methodologies have yielded more useful results. Like sitting down in a manager's office and watching what he does. Or tracing the flow of decisions in an organization (Mintzberg, 1979, p. 583)

From the point of view of creating a good theory in Operations Management (OM) there is no research methodology that is superior to others (Wacker, 1998). In fact, each of the research methodologies serves a different —though equally important—purpose for the development of theory. Nevertheless, the academic community has “a common misconception […] that the various research strategies should be arrayed hierarchically […] This hierarchical view, however, is incorrect” (Yin, 1994, p. 3). Instead, the different research strategies should be considered in the pluralistic way, since each and all of them could be used to exploratory, descriptive, or explanatory purposes (Yin, 1994). In fact, academics “[…] are taught early in our academic careers that the research question should drive the research method[ology]” (Craighead & Meredith, 2008, p. 723).

OM is regarded as a problem-solving oriented discipline that is focused on creating new knowledge by interacting with the practitioners in the real world (Lewis, 1998; McCutcheon & Meredith, 1993; van Aken, Chandrasekaran, & Halman, 2016). In fact, “nothing is so practical as a good theory” (Lewin, 1945, p. 129), since “good theory is practical precisely because it advances knowledge in a scientific discipline, guides research toward crucial questions, and enlightens the profession of management” (Van de Ven, 1989, p. 486).

In other words, there is a need that the academia increases the practical relevance of the OM research by supporting practitioners in their real problem-solving efforts (Boyer & Swink, 2008; Childe, 2011; Mentzer, 2008; van Aken et al., 2016). That would mean to move away from the Ivory tower syndrome (Van Mieghem, 2013) of the academia, since the research having a management component published in top-rated journals is considered to be irrelevant for practitioners (e.g. Bartunek, 2011; MacLean, MacIntosh, & Grant, 2002; Mentzer, 2008; Swamidass, 1991; Zhang, Levenson, & Crossley, 2015). It may be due to the fact that “the decision environment of the real-world operations manager is not usually driven just by quantitative elements susceptible to mathematical modelling” (Meredith, Raturi, Amoako-Gyampah, & Kaplan, 1989, p. 300)

irrelevant academics who address fictitious problems and are not interested in the real world […] and to make true contributions to both research and practice, [researchers] must enlarge the repertoire of methodologies […] including longitudinal studies, field experiments, action research, and field studies. (p.297).

Luckily, the usage of Action Research (AR) is becoming a more widely used approach for this discipline (Coughlan & Coghlan, 2002; Westbrook, 1995). AR is a qualitative research methodology, which aims to contribute to academic research while solving practitioners’ problems with the researcher(s) being actively involved in the process of change (Coughlan & Coghlan, 2002; Eden & Huxham, 1996). That has helped to overcome the deficiencies of traditional research topics and methods, since “AR is a form of science which differs from experimental physics but is genuinely scientific in its emphasis on careful observation and study of the effects of human behaviour on human systems as they manage change” (Coughlan & Coghlan, 2002, p. 238). AR has great relevance for professionals, as well as applicability for unstructured topics and can contribute to generate theory (Coughlan & Coghlan, 2002; Rapoport, 1970; Westbrook, 1995). That means that AR cases can provide new forms of conceptual understanding, empirically investigating individual cases, which help a deep understanding of the complexity in reality (Wacker, 1998).

Therefore, our target is to promote rigorous AR research that could bridge the gap between the academia and the practice. In fact, AR is a way to promote research that stems from an industrial need and can guide the activities of managers and future researchers. Nonetheless, if this Special Issue “[…] helps direct research that addresses the needs of industry, it is performing a useful function” (Childe, 2011, p. 7).

AR has been also criticised within the academia. This could be due to the fact that “compared with other approaches […] it is an imprecise, uncertain and sometimes unstable activity, as life is” (Coughlan & Coghlan, 2002, p. 238). Some of these positions are usual stigmas that, however, may not be explicitly expressed as such in the literature. For example, a common critic refers to AR as consulting masquerading as research (Coughlan and Coghlan 2002). In other words, some may question if AR is able to provide real new findings to the knowledge. Also, the need to solve a specific problem in a particular context bring to the weakness of the lack of repeatability and generalisability as it happens with the case studies.

Likewise there is a criticism about the need of defining a framework for relevant and rigorous research in the field of supply chain management (Näslund, Kale, & Paulraj, 2010).  Walker & Haslett (2002) also addressed some ethical dilemmas regarding AR, related to issues such as the selection of participants, possible divergences in the needs and interests of the agents in the organization and researchers or the anonymity and confidentiality of the information provided.  The increasing trend of insider AR, i.e., whereby individuals undertake AR in an organisation or community in which they are employed or are a member, makes ethical issues in quality relationships be more relevant (Coghlan, Coughlan, & Shani, 2019)

However, there is literature that has proposed criteria to assess the quality of the research executed by AR. Even when these are somehow dispersed, it could be clustered as follows (Mediavilla, Errasti, & Mendibil, 2015; Mediavilla, Mendibil, & Bernardos, 2021):

In conclusion, there is a need for more research that could enlighten academics and practitioners by answering the following research question:

How to ensure success when it comes to an Action Research project on Operations Management, especially regarding the fulfillment of the required:

The main topic of interest is related to papers on the management of operations in all industries that necessarily have utilized (rigorously) Action Research as research methodology and include specific discussion that could answer to the proposed research question.

The following are some possible discussion topics (but are not limited to):

Papers will be evaluated based on their practical relevance and usefulness, as well as their contribution as pragmatic theoretical basis for academics in Operations Management on how to put in practice Action Research.

We are planning to promote the special issue among various Action Research and Operations Management communities.

Join the discussion for a special issue of Geosystem Engineering which seeks to examine the recent advancements in the characterization, processing, and recycling of crit...

Read more
0
0
6 hours ago
Add your insight for a special issue of the International Journal of Geotechnical Engineering, which will seek to share the latest achievements in environmental #geotechn...

Read more
0
0
3 days ago
From one of our Cogent Engineering authors 📝 "I was satisfied with the way the review process added value to my work." Looking to get published? 🔍 Explore our Aims...