Submit a Manuscript to the Journal
The Journal of Environmental Education 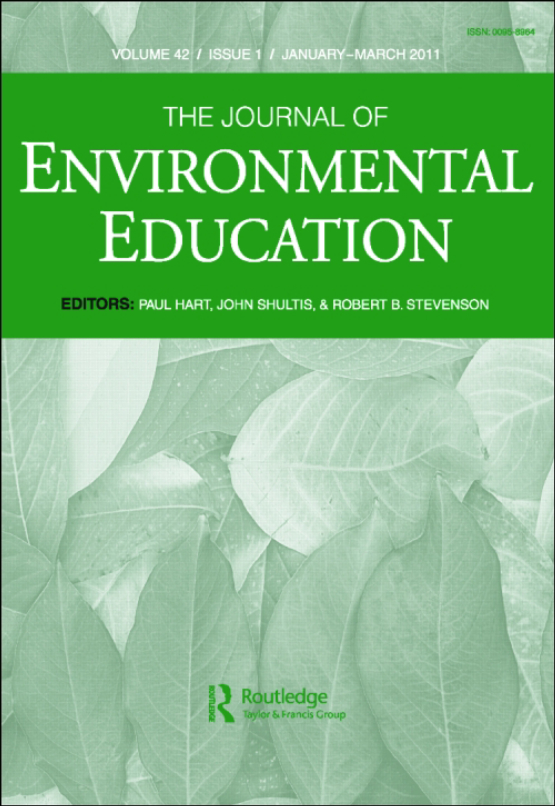 The Anthropocene is upon us (Crutzen, 2002). Humans have drastically altered the trajectory of Earth systems and have begun to change nature irrevocably. The main two questions for environmental and sustainability education (ESE) to address are: What can we do? and, What is already being done that has been proven to work? One response to the transformation of the planet has come from the social commentator Jason W. Moore, who has argued for the redesignation of the Anthropocene as the Capitalocene (e.g., Moore, 2016). For the purposes of this SI, the Capitalocene may be defined as: “The Capitalocene signifies capitalism as a way of organizing nature—as a multispecies, situated, capitalist world-ecology,” (Moore, 2015, p. 7). The Capitalocene recognises that the Anthropocene has been overwhelmingly created by the forces and power of capitalism, with, for example, the benefactors of the capital system as being the greatest polluters and producers of carbon emissions. Hence, the designation of the Capitalocene sets up a dialectic between capitalism and the environment, with the intent of critically analysing the negative impacts of capitalism on the environment. Whilst this special issue (SI) does not deny the importance and relation of such a move with respect to environmental and sustainability education, it also suggests that it is not enough. In corollary, the environmentally critical situation of the Anthropocene requires a stronger and more comprehensive take on the human produced effects of capitalism than a solely critical approach; and, to mobilise every possible force to counter capitalism through environmental and sustainability education depends upon a sustained use of the imaginary combined with an exploration of what has been proven to work. Such use of the imagination and pragmatics (praxis) can be found, for example, in environmental science fiction literature (Gough, 1993), Deleuze’s concept of fabulation (e.g., Flaxman, 2012), or Guattari’s Three ecologies (Guattari, 2005). This SI looks to insert new figures between capitalism, the environment, and its critique (here understood as the Capitalocene) that deploys praxis and the imaginary in terms of thinking through new routes out of the Earth systems crisis as augmented environmental and sustainability education.

This SI expresses the desire not to rest on traditional critiques of capitalism in terms of their effects on the environment, but represents the need for new ways to conceive of and escape the inevitability of the Anthropocene and the sixth great extinction event, based on proven praxis and the imaginary. The merit of this SI lies in its ability to reconceive of the problem of the Anthropocene not as a dialectical Capitalocene, but through praxis and the imaginary. This approach gives researchers and practitioners in the field of environmental and sustainability education full scope to reimagine and recalibrate the effects of capitalism on the environment, and to intensify possible escape routes. The editor of this SI realizes that the situation is bleak but puts faith in international research in ESE to put forward new and innovative means to defy the Capitalocene. There are no easy solutions to the often-terrifying impacts of capitalism on the environment, but at least this SI offers the possibility of refiguring education to develop new purpose, strategy, ‘a collective’ and tactics.

This SI looks to expand the scope and power of environmental and sustainability education beyond a narrow dialectic with capitalism, or a neglected aspect of the curriculum. The strategic deployment of praxis and the imaginary with respect to the Capitalocene should result in augmented and diversified educational concepts and approaches. Possibilities for examination by JEE authors include:

Publication in 2024 of original research articles[i].

[i] The editor of this special edition will evaluate all submissions equally on their merits. Submissions that advocate pro-capitalist educational solutions to the Capitalocene will only be considered if they can unequivocally prove that they are not greenwashing.

This In Practice Article provides recommendations on how to utilize Journal of Dance Education articles with secondary education students and seeks to highlight the needs...

Read more
1
1
yesterday
This article uses a developmental framework, to showcase how the language and behavior embedded in dominant culture has a direct influence on the perpetuation of the stig...