Submit a Manuscript to the Journal
Popular Communication

For a Special Issue on
Popular Communication in Lockdown: Production, Distribution and Reception in the Age of COVID19 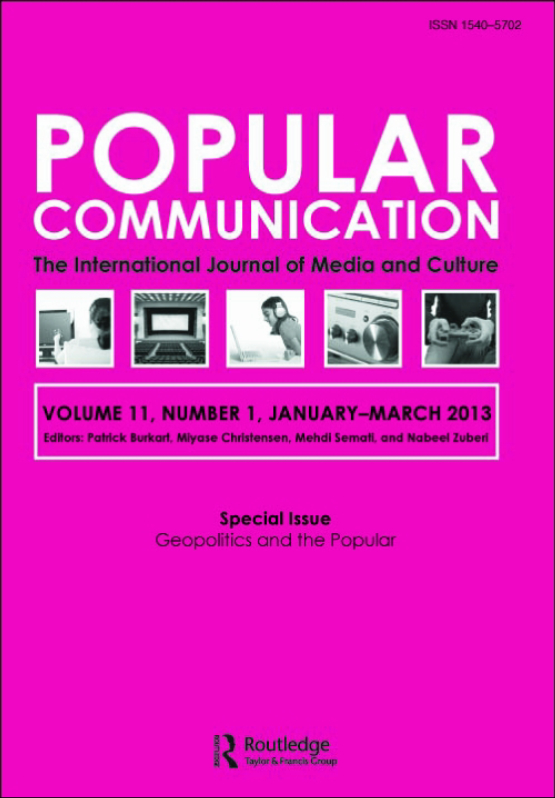 Popular Communication in Lockdown: Production, Distribution and Reception in the Age of COVID19

Papers addressing the impact of COVID-19 on the production, distribution, exhibition and/or consumption of popular communication (from a variety of methodological and theoretical perspectives) are welcome. And, research on countries and regions traditionally overlooked by academic publications are especially welcome.

The COVID19 pandemic has altered the production, exhibition and consumption of varying forms of media, and varying forms of popular communication. From TikTok and “Netflix binging” while in lockdown, to the re-discovery of drive-in movies, to socially-distanced comedy programming such as Saturday Night Live and The Daily Show, to the re-imagination of political communication in the form of the 2020 Democratic and Republican national conventions in the U.S., COVID19 has forced niche and mass communication to handle a reduction of mobility.

For example, the rise of Streaming Video on Demand has led to a shift in the traditional “windowing strategies” utilized by the television industry, and advertisers are spending more on off-cable platforms like Netflix, TikTok, and Spotify. The double shocks to public health and the world economy have occurred as restrictions on cinemas, live concerts, sports games, theater and other live, in-person events have positioned subscription television and social media apps favorably for reaching large audiences. Meanwhile, “captive” consumers stuck at home present a new source of demand for increasingly scarce audio-visual productions, many of which have been halted.

Guest Editors for the special issue will invite full-length papers (not to exceed 7,000 words) for peer-review. No payment from authors is required for publication.

View the latest tweets from comm_pop

Read more
4
3
145 days ago
RT @pbooth81: Very happy to report that my article on #fandom and the #DoctorWho and #Sherlock #EscapeRoom has now been published in @comm_…

9
0
over a year ago
Happy to announce that Popular Communication saw a 30% increase in downloaded papers during Jan-March 2020 as compared to the same period last year.