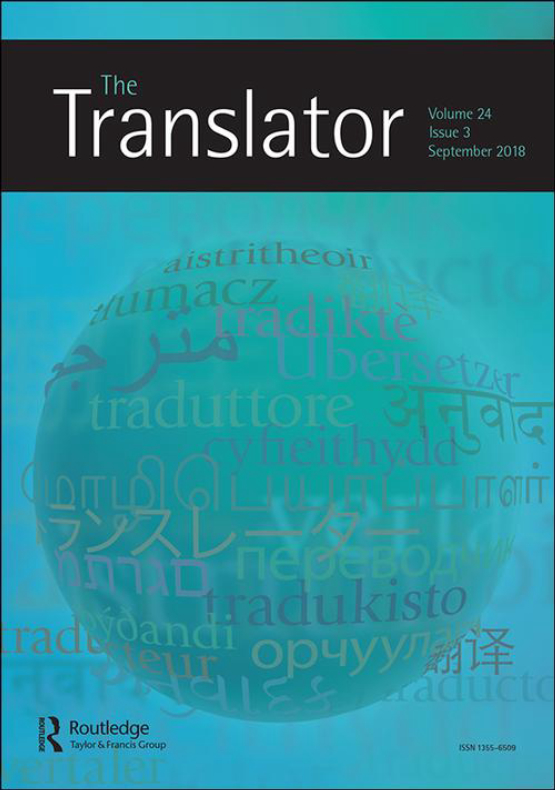 Susan Bassnett and Michael Cronin have emphasized that the economic, political, and social contexts in which translation takes place are inseparable from the methods and techniques of translation itself, including the minutiae of specific word choices. The socio-economic backdrop to the development of Translation Studies in Chinese-speaking regions has been an exponential increase in China’s global influence, instantiated from 2013 onwards by the Belt and Road Initiative with its emphasis on creating new markets and trade opportunities. Consequently, there are important synergies to explore between the desire to promote Chinese culture, ideology, and commerce abroad, and the forms of language and translation used to facilitate this process. From a historical perspective, Ning Wang (2015, 2018) notes that Chinese translators delineated terms for specialized concepts that had evolved in the West: “China had to identify itself with those economically developed and politically powerful countries. In this aspect, translation did play an important role. Due to its overall westernizing practice, Chinese culture and ideologies, particularly its political discourse, almost became a marginalized ‘colonial’ culture” (2015). Conversely, certain concepts elaborated within Chinese political discourse were sometimes misinterpreted by media outlets in the West. Within China and its neighbouring territories, although much research within the humanities and sciences has been developed according to Western theories, perspectives, and discoveries, there is an opportunity – and responsibility – for scholars from China and its neighbours to ensure that knowledge exchange is a two-way process by creating appropriately nuanced political terminology, texts, and translations, that can function as socio-political and cultural envoys in the public, academic, and diplomatic spheres. Xu Mingqiang (2014) makes an important distinction between translation and mediation, arguing that Chinese political discourse which communicates effectively with domestic audiences can lead to confusion or even misunderstanding among foreign audiences if it is translated without mediation. Xu’s arguments indicate that the translators of political discourse face a considerable challenge to bridge linguistic and cultural gaps but also the cultural and ideological differences across languages and cultures, especially at a time when communication between China and the rest of the world has been affected by momentous events such as Donald Trump’s presidency and the Covid-19 pandemic.
This special issue invites contributors from across the world to explore interdisciplinary approaches to contemporary political discourse translation from Chinese to Western contexts and vice versa. Possible areas for analysis, incorporating theoretical and/or practical perspectives, include (but are not limited to):

Dr Saihong Li supervises PhD students in Translation and Interpreting Studies at the University of Stirling. She is a council member of the Chartered Institute of Linguists. She has been the director of degree programmes at universities in Britain, Denmark, and China. Dr Li was awarded a PhD at the University of Copenhagen, Denmark. Her publications include monographs, edited books, book chapters, and refereed journal articles on themes ranging from menu translation and political discourse translation to bilingualism. She is an associate editor-in-chief of the Academic Journal of Literature and Languages and a reviewer for several journals and publishers such as De Gruyter and Routledge.

View the latest tweets from The_Translat0r

RT @RoutledgeLing: Submit to a special issue of The Translator that aims to explore the complexities of conveying & mediating contemporary…

6
0
211 days ago
RT @Est22Oslo: The EST Board has decided to award 20 Travel Grants, at EUR 500 each, to make it possible for early-stage TIS researchers to…

29
0
224 days ago
RT @RoutledgeLing: Submit to a special issue of The Translator that aims to explore the complexities of conveying & mediating contemporary…