Submit a Manuscript to the Journal
Philosophical Psychology

For a Special Issue on
Mind in Action: Expanding the Concept of Affordances 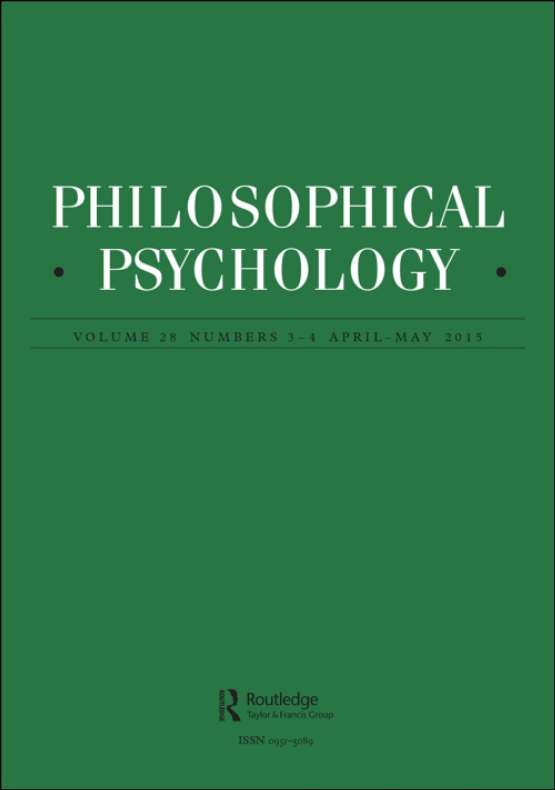 Mind in Action: Expanding the Concept of Affordances

Originally introduced by J.J. Gibson in the context of Ecological Psychology, the notion of affordance refers to the perception of opportunities for action that specific objects in the environment invite for an agent. An agent’s perception of the world cannot be reduced to the passive apprehension of brute physical properties of objects such as size, location, form or color. Rather, it seems that agents perceive what they can do with those objects in the environment: one does not only perceive the brute physical properties of a ball hurtling towards me; one also perceives the moving ball as kickable. The ability to perceive this object as kickable is captured by the notion of affordance.

Now, despite its relevance for a number of disciplines (such as psychology, philosophy, design theory, landscape design, architecture, anthropology, artificial intelligence, music, among many others), the debate about the very definition of the term and what it implies more broadly remains open. For a long time, the concept of affordance has been - almost exclusively - used for the analysis about how to best characterize everyday perception and bodily-action.

However, over the last few years, a number of researchers from different fields have started to explore how the concept might inform different debates about the nature of emotions and affectivity, social cognition, mental action, and psychopathology. For some, this path might lead to a number of problems due to the perceptual origin of the notion; for others, such an explorative agenda might enrich a number of debates within psychology, philosophy, cognitive sciences, and psychopathology.

The purpose of this special issue is to motivate the analysis of novel applications of the concept of affordances to different fields and debates as well as exploring different alternatives types of affordances (social, affective, cognitive, and mental affordances) and their potential for informing a broader understanding of the human mind.

Sample research topics may include, but need not be limited to:

• Submissions will be between 5,000 and 8,000 words.
• Submitted papers can present quantitative or qualitative studies on novel applications of the concept of affordance for understanding different issues within the mind sciences (psychology, psychiatry, anthropology, cognitive sciences, philosophy, etc.).
• Submitted papers can contribute to clarifying ongoing debates about how to best apply the concept of affordances to different fields.
• The special issue is expected to be published in late 2023. Manuscripts will be evaluated by the guest editors before being sent out to external peer review.  Only the manuscripts judged as suitable for publication by two independent reviewers will be accepted for publication. Submissions are welcome from researchers at all career stages and from a variety of disciplinary backgrounds as long as the manuscripts contribute to the themes of the call for papers.
• For queries, please contact the guest editors Pablo López-Silva ([email protected]) and Marta Jorba ([email protected]).

View the latest tweets from JournalPHP

Latest papers: @annaichino proposes a novel explanation for #vaccine hesitancy. What if we perceive the choice to undergo vaccinations as an action that “tempts fate”...