Submit a Manuscript to the Journal
Person-Centered & Experiential Psychotherapies

For a Special Issue on
Evidentiary Support for Person-Centered and Experiential Therapies through Systematic Reviews, Meta-Analyses, and Bibliometric Studies 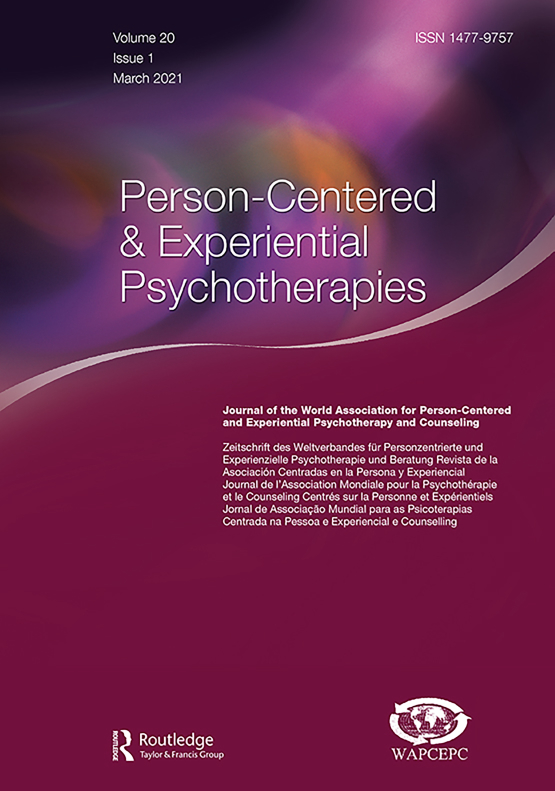 Person-Centered and Experiential Psychotherapies is excited to invite submission of systematic literature reviews and meta-analyses within any of the domains of PCE therapies. Syntheses are welcome from any scientifically acceptable methodologies, such as those using quantitative, qualitative, mixed methods, or case studies as well as bibliometric studies describing patterns of publication or scholarly work within PCE therapies. As one of the oldest traditions in psychotherapy research, person-centered therapy and its offshoots have been the subject of many literature reviews over time. Some of these reviews have served to highlight the significance of PCE therapies or core components (e.g., empathy) to bring forth improvements throughout the practice of psychotherapy and counseling, provide empirical and political support for the practice of PCE therapies and to inspire and guide further studies in PCE therapies.

For the purpose of this call, PCE therapies include common approaches such as emotion-focused therapy, focusing-oriented therapy, classical or nondirective therapy, child-centered play therapy, but also approaches that might be considered more innovative or near the edges of what might be thought of as PCE, such as relational depth, pre-therapy, existentially informed person-centered therapy, clarification-oriented therapy, motivational interviewing, integrative person-centered approaches, and child-parent relationship or filial therapy. This call also welcomes contributions for systematic reviews of literature on broader applications of the person-centered approach as long as they focus on psychotherapeutic outcomes (not solely educational, medical, or other domains typically considered outside the practice of counselors and psychotherapists). These could include systematic reviews on encounter groups or community groups, humanistic education or learner-centered education, parent effectiveness training, nonviolent communication or conflict resolution, person-centered care, person-centered technology enhanced learning, person-centered project management, cross cultural workshops, positive psychology, person-centered political activism or other approaches with explicit connections to more traditional PCE therapies and focused on therapeutic outcomes.

Authors are encouraged to consider broad (e.g., all emotion-focused therapy) and narrow (e.g., child-centered play therapy in school settings since 2010) topics as well as a focus on specific groups or geographic regions (e.g., focusing in Japan or community groups among Native Americans) or work with people with specific presenting diagnoses or social problems (e.g., PTSD, political extremism). Such systematic reviews may involve synthesizing a large or small number of studies and be of short (e.g., 2000 word) or long (6000+ word) lengths. The main goal is to encourage bringing together relevant literature of interest to the readers of Person-Centered and Experiential Psychotherapies to assess the quality of literature, draw conclusions, and stimulate further research where warranted.

- Select "Evidentiary Support for Person-Centered and Experiential Therapies through Systematic Reviews, Meta-Analyses, and Bibliometric Studies" when submitting your manuscript.

- Anticipated publication for the special issue is September, 2022.

- Pre-submission of an abstract or proposal is not required. However, researchers are welcome to send a short description of the project by November 30, 2021 if there is a concern on whether the project fits within the scope of the journal or special issue.

View the latest tweets from WAPCEPC

4
0
73 days ago
RT @PCEP_Journal: Into final hours of #PCE2021 in #Aotearoa New Zealand. Presenters invited to contribute to special issue on conference th…

5
0
126 days ago
It's not too late to sign up for PCE2021 conference. A hybrid of in person and online so you can connect with the PCE community from the comfort of you own home! Bursarie...