Submit a Manuscript to the Journal
International Journal of Systems Science 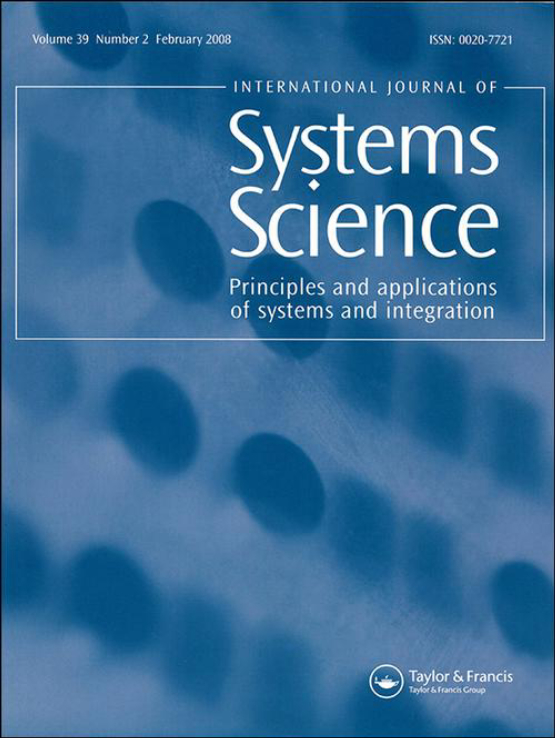 Over the last decade, networked systems have been undergoing quick developments due mainly to their distinct merits in easy installation, maintenance convenience, and reliability assurance. Many notable approaches focusing on network-induced phenomena and various communication protocols have been developed to carry out performance analysis and design of controller or filter parameters. Moreover, various filtering and control strategies have been successfully applied in real-world factories.

It should be mentioned that almost all existing results have been developed with the aid of the assumption that the signals can be directly transmitted in an analog manner with infinite precision. Such an assumption is, however, sometimes too stringent. On one hand, the signals are usually digitized before being sent in a networked environment. On the other hand, the bandwidth of communication networks is inherently limited and only finite bits of data are allowed to be transmitted at a certain time. Thus, coding-based communication mechanisms seem especially effective at saving resources and achieving digital transmission. Furthermore, it is closely associated with the data coding whether and how the coded data could be recovered from the codewords with a prescribed accuracy requirement.

Due to the existence of decoding errors, it is fairly difficult to use imperfect decoded information to achieve the desired purpose. Furthermore, because the performance of the coding-decoding rules is influenced by several factors (e.g., the coding period, and the size of the coding alphabet), the other difficulty is how to examine the effects of these combined factors on the prescribed system performance indices. As such, it is of both theoretical importance and practical significance to develop some novel approaches for analyzing system performance under coding-decoding communication mechanisms (CDCMs).

In summary, performance analysis and synthesis of networked systems, particularly in the case of CDCMs, have already become of vital importance to control engineers, mathematicians, and computer scientists. The relevant results can be used to analyze the complex dynamic behavior of networked systems and are useful for the effective implementation of various engineering tasks. This special issue aims to bring the latest approaches in performance analysis and parameter design under coding-decoding communication mechanisms. The list of possible topics includes, but is not limited to:

Authors should prepare their manuscripts according to the "Instructions for Authors" guidelines of the International Journal of Systems Science outlined at the journal website. All papers will be peer-reviewed following a regular reviewing procedure. Each submission should clearly demonstrate evidence of benefits to society or large communities. Originality and impact on society, in combination with a media-related focus and innovative technical aspects of the proposed solutions, will be the major evaluation criteria. When submitting, authors should indicate that their submissions is for a special issue and then select the title "Performance Analysis and Synthesis of Networked Systems" from the subsequent drop-down menu.