Submit a Manuscript to the Journal
South Asian Review

For a Special Issue on
Partition: 75 Years and Beyond 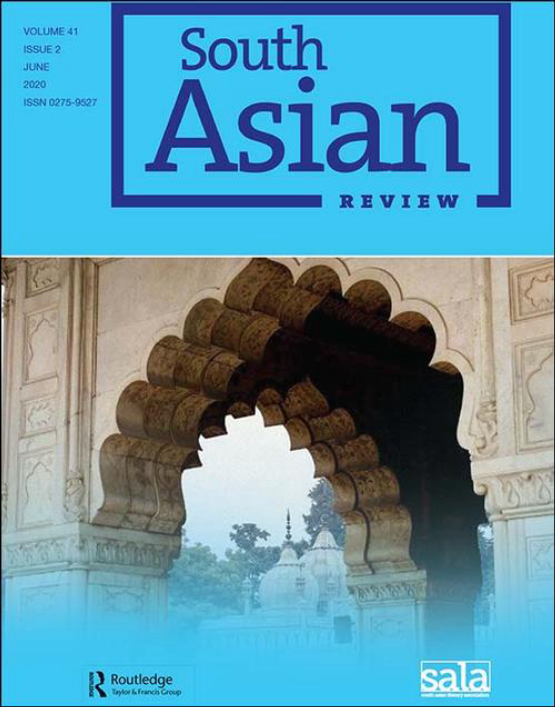 Partition: 75 Years and Beyond

2022 marks the 75th anniversary of the Partition of the Indian subcontinent and the emergence of India and Pakistan as independent nation-states. 2021 marked the 50th anniversary of the creation of Bangladesh which involved another revision of the subcontinent’s political cartography. Twenty-five years ago when the 50th anniversary of Partition was marked within the jubilant celebrations of the independence of India and Pakistan, circumstances were significantly different from what prevails today. Most obviously, in 1997 there was a senior generation in India, Pakistan, and Bangladesh that remembered Independence and Partition. This is now a fast fading memory as many from the generation that experienced Partition are aging or have passed away. Now the memory of Independence and Partition is a living memory only for a few. And the political and cultural developments of the new millennium have changed understandings of Partition. In 1997, the “idea of India,” the creation of Bangladesh, and the political situation in Pakistan were the major topics of discussion in South Asian studies. Today, South Asian politics generally seems inextricably bound up with authoritarianism, so much so that democratic “populism” is widely accounted responsible for the prevailing illiberal majoritarianism.

So, the 75th anniversary confronts scholars with significantly new subjects for reflection. The question of historical memory has now largely transformed to one of its reproduction through mass politics and mass media and, perhaps, professional academic inquiry, while the very meaning or value of Independence is in crisis. Culture in South Asia is in crisis, even as a vast new generation comes of age and grapples with religious clashes, repression of minorities, pandemic disruption, gendered violence, border issues, and war. The postcolonial projects of development and democratization, to the extent that they are still paid lip service, have moved from bureaucratic to increasingly technocratic in their conception. At any event, few apart from his loyal following can without misgiving concur with Prime Minister Modi’s recent claim that India presents “an unparalleled story in democratic nation-building over the last 75 years.” At the same time, the alternatives to Indian democracy, whether as realized in Pakistan and Bangladesh or elsewhere, are not particularly more successful. Finally, where once the subcontinental Left promised to articulate an alternative to the unsatisfying status quo, today its very existence seems quite precarious indeed. So, faced with uncertainty, even melancholy, in 2022, we return in this special issue to examining Partition and its aftermath through the lens of the present moment.

This special issue aims to bring together conversations about the Partition, Independence, and the Bangladesh Liberation War as represented in literary, visual, oral, and material cultures of the subcontinent and beyond. We are particularly interested in essays that look at representations of the Partition and its aftermath in non-Anglophone texts.

Topics include but are not limited to

This is a special issue.

Anticipated publication date of the issue: 2024

Read more
0
0
2 days ago
RT @laurence_cooley: Since the language question results are also being released tomorrow, here's something I wrote on the origins of the I…

Read more
7
0
4 days ago
Today is the final day of #APSA2022! Don’t miss out on our exclusive discount for APSA delegates. Just enter APSA22 at checkout on the Routledge website to redeem 20% o...