Submit a Manuscript to the Journal
Social Work with Groups

For a Special Issue on
Origins of Social Group Work: Local Stories from Around the World 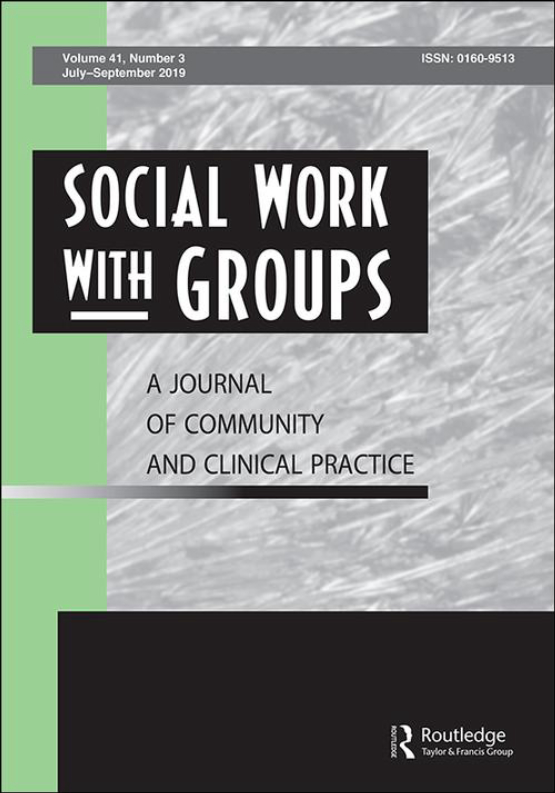 Origins of Social Group Work: Local Stories from Around the World

The journal seeks papers that explore the origins of social group work in local communities, regions, agencies, and universities around the world. We are interested in case studies, including those drawn from personal narratives, oral history interviews, and personal documents research, that recall the introduction of group work in such places and times as North America during the Great Depression of the 1930s; Germany and formerly Nazi-occupied countries during the 1950s and 1960s; post-Soviet Eastern Europe in the 1990s and beyond; post-Colonial African, South Asian, and indigenous nations; migrant communities; and communities responding to war, violence, disaster, poverty, health crises, or issues of social justice.

Goals of the special issue are to document the experiences and accomplishments of local group workers; to examine group work practice in different historical, cultural, and geopolitical contexts; to consider the historical relationships between group work education and practice; and to draw implications for the future development of social work with groups.

Manuscripts should blend theory and practice with vivid stories that bring history to life. Case studies might

Submissions should be between 15 and 20 double-spaced pages inclusive of references, tables and illustrations; with 12-point font and one-inch margins all around. Word Documents are preferred. Submissions must conform to Social Work with Groups Instructions for Authors that appear in the Journal or on the Taylor and Francis website: https://www.tandfonline.com/action/authorSubmission?show=instructions&journalCode=wswg20

Do NOT submit your manuscript through ScholarOne.

Manuscripts must be received by Lorrie Gardella by April 15, 2022; please do not submit through the ScholarOne system.

View the latest tweets from iaswg

2
0
over a year ago
RT @socworkpodcast: Mental illness is not a communicable disease, but there’s a strong body of evidence that suicide is contagious. http://…

8
0
over a year ago
RT @LoyolaSSW: Photos from our students and faculty who went to this year's @iaswg conference in Calgary! http://t.co/taPbgDkcDK #LUCSocial…

Read more
1
0
over a year ago
RT @LIFTCommunities: From now until 6/15, give a LIFT while you shop online on AmazonSmile! $5 will be donated to LIFT for every purchase. …