Submit a Manuscript to the Journal
Theatre and Performance Design

For a Special Issue on
On Capture 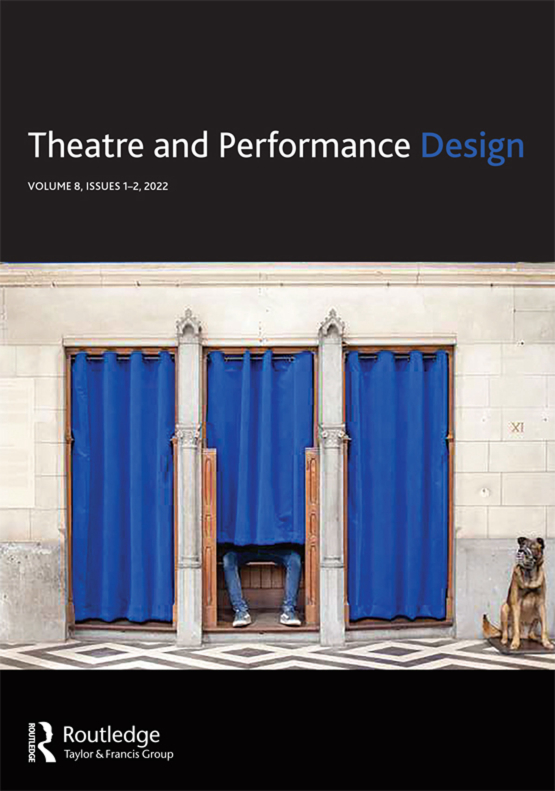 We are pleased to announce a call for papers for a special issue of the journal, Theatre and Performance Design, Spring/Summer 2023, On Capture, guest edited by Chris Salter, Prof. Immersive Arts, Zurich University of the Arts (ZHdK)

In a prescient 1994 article entitled “Surveillance and Capture,” the American computer/social scientist and artificial intelligence researcher Philip Agre distinguished between two different modes of privacy. While the more familiar mode of surveillance “originates in the classically political sphere of state action,” it is Agre’s concept of capture – “the deliberate reorganization of work activities to allow computers to track them in real time” – that so well “captures” our historical-social-technical moment.

While the histories of theatre and performance practice have forever been entangled with technological systems, from the Deus ex Machina and the histories of stage automata to current machine control systems that are by now standard on the spectacle-laden stage, we are entering an era in which the visible machineries of scenography are acutely giving way to the invisible: information-driven computational systems that sense, analyze, process, distribute and act on data, thus enabling what historian of science Orit Halpern calls the “disavowal of the present in the interest of prediction.” What are the political-social-cultural-economic and aesthetic consequences of these new performative environments of capture? What happens to our experience of human bodies when they inhabit scenographies where their senses are extended and reconfigured by way of increasingly performative and even expressive computing systems?

This special issue of Theatre and Performance Design, guest edited by Chris Salter, invites scholars and particularly practitioners to engage with Agre’s question of capture within current and future expanded practices of theatre and performance design. We are particularly interested in proposals that historicize the use of sensing and machine intelligence systems in performance contexts and that present research in multiple forms, from scholarly articles and visual essays, to manifestos, reflexive/auto/insider ethnographies, production diaries, explanatory technical diagrams and code. Possible topics around performance and scenographic practice with capture systems include but are not limited to:


All articles are subject to peer review.

Please send a 300 word abstract to Editorial Associate Nick Tatchell at [email protected] by 1st August 2022 with accepted articles due in full by
3rd January 2023. Articles usually range between 6000-8000 words, visual/photo essays are also accepted with a shorter word count.

View the latest tweets from tpdjournal

1 WEEK left to submit your abstract/proposal for our special issue ON CAPTURE guest edited by Chris Salter Full call: https://t.co/FbbZwuRrbX Email your abstract to tpd...