Submit a Manuscript to the Journal
Occupational Therapy in Mental Health

For a Special Issue on
Psychosis and Occupation 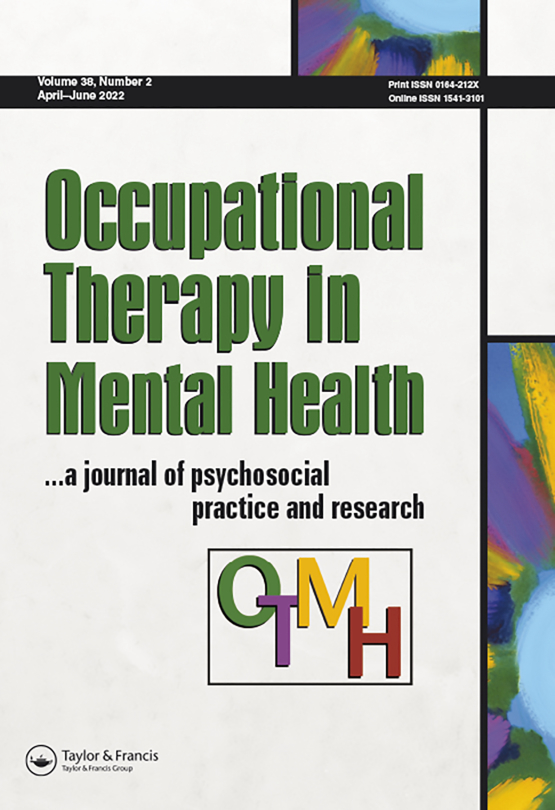 Psychosis is a profound human experience that has significant implications for the experience of and engagement in occupations. The work of the earliest practitioners of what became known in the US as occupational therapy was focused on psychosis. Over the last three years members of AOTA’s Psychosis Community of Practice (CoP) have explored various perspectives on the lived experience of psychosis and understandings about its impact on occupation. In this work, CoP members have engaged in particular with perspectives challenging psychiatry’s framing of psychosis as solely or primarily a medical disorder and its implications for occupational therapy practice.

Select "special issue title" when submitting your paper to Scholar One.

Non-Research, Research and/or Opinion articles will be accepted.

RT @tandfnewsroom: Pregnant women in US states where cannabis use is legal should be screened for the mother's and baby's health 🍼 says @AJ…

5
0
about 1 hour ago
Recruiting for Associate Editors in the Journal of Dietary Supplements. 💊 📖 @JDietSupplement Deadline: 31 December ⏰ Apply: https://t.co/BemiMv5ZzD https://t.co...

Read more
4
7
3 days ago
HIV can affect anyone, regardless of their sexual orientation, race, gender, or age. This #WorldAIDSDay, we must challenge misinformation, racism, homophobia, and transph...