Submit a Manuscript to the Journal
Journal of Beliefs & Values

For a Special Issue on
Muslim Voices in Education 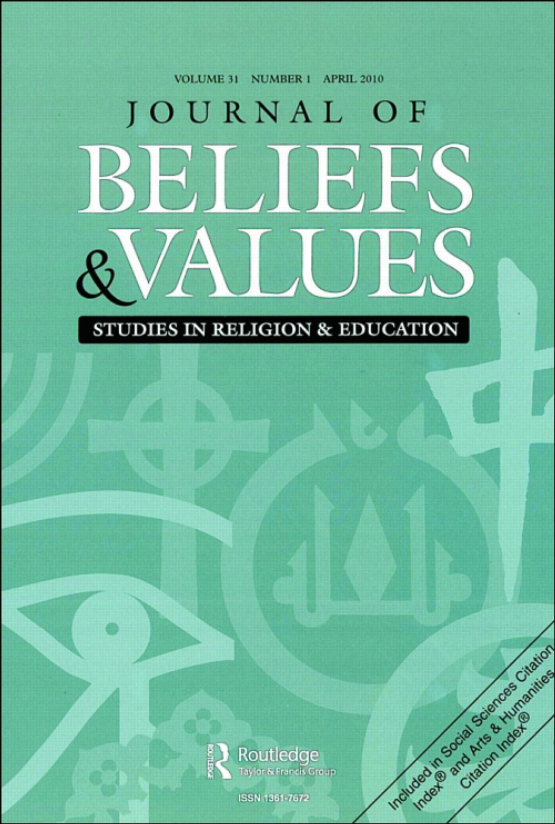 This Special Issue will explore themes of power and authority, religious subjecthood and citizenship in multicultural societies, particularly as it relates to Muslim voices in education. The Special issue invites authors from a range of perspectives, disciplines and educational roles to submit papers which are responsive to current debates surrounding Muslims within the education system. The Special issue would include articles from a range of perspectives; those authored by Muslims themselves, those which focus on the experiences and beliefs of Muslims within education and those which explore the challenges of teaching about Islam in the current political and cultural climate. With the seemingly imminent introduction of The Higher Education ‘Freedom of Speech Bill’, designed to monitor and protect the right to free speech in higher education institutions, we especially welcome papers that address the current climate surrounding open debate and perceived hostility toward the culturally and religiously other.

The problematisation of Muslims in education continues to be a subject of academic inquiry and scholarly interest. At a time of rapid educational change characterised by debates about the future direction of religious education, broader conversations about the shape of Relationship, Sex and Health Education, freedom of expression, the wider relationship between faith and education and the discursive limits of the classroom, articles that explore these issues at the level of both theory and praxis are timely. Inquiry into the relationship between Muslims in education and conceptions of multiculturalism may be of interest to students, teachers, school leaders and policymakers alike. The potential of research to interrogate changing paradigms within religious education and the ongoing politicisation of Muslim communities and counter terrorism are all issues which could be fruitfully expounded upon in this context. Other themes that might be examined in submissions to this Special Issue include, but are not limited to:

Given the broad scope of these topics, we encourage submissions from researchers, teachers, school leaders, educational practitioners and policy makers from various perspectives and disciplines.

Please feel free to contact one of the Guest Editors if you have any queries about the Special Issue.

Article Details: A typical paper will be between 3000 and 6000 words, inclusive of:

For those authors wishing to publish via open access, please note that there is a fee associated with that option.