Submit a Manuscript to the Journal
American Nineteenth Century History

For a Special Issue on
Music in American Nineteenth-Century History 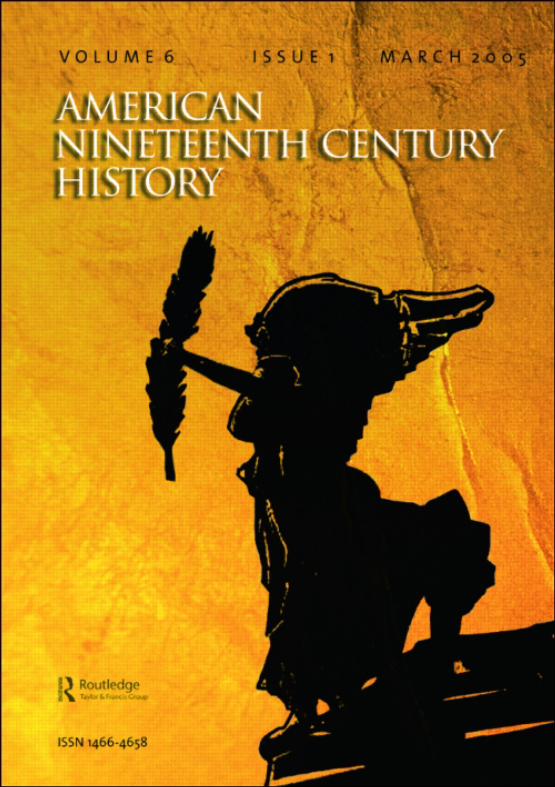 In the nineteenth-century United States, music was everywhere: at work, leisure, and prayer; in places of worship and in the home, on the battlefield and the path of reform; in times of joy, crisis, and mourning.  And yet in comparison to literature, art, and material culture, music and musical practice remain largely unsung within nineteenth-century US historiography.  Thus until recently most historians ignored music, or considered its analysis beyond the bounds of historical enquiry.  As a result, music has only begun to be treated as integral to the nineteenth-century experience, or analysed through a historical lens that sees and hears the world first and foremost through historical processes–social, economic, political, cultural, environmental–rather than through practices, parameters, and personnel derived from and internal to the world of music.

Nonetheless, recent developments suggest that nineteenth-century American history is undergoing a musical turn.  The aim of this special issue is to build on this momentum by bringing together members of a growing but disparate community of historians, musicologists, and historically-minded interdisciplinary scholars, for a timely conversation on music and nineteenth-century American history which spans the period from the American Revolution to the invention of recorded sound. Possible topics include:

We seek submissions of 300–500 word abstracts proposing articles for consideration for publication, with full manuscripts to follow. In addition to the abstract, please advise us of your interest and capacity to participate in a symposium event for workshopping drafts (whether in-person or in a hybrid digital format).  Please also advise us of your potential interest in, and any musical or technical skills you may be willing to contribute to, a possible soundtrack album aimed at facilitating the use of this research in the classroom. Acceptance of an abstract does not mean acceptance of a paper, and submitted papers will proceed through American Nineteenth Century History’s usual peer-review process.

View the latest tweets from ANCHjournal

RT @andrealivesey: My @ANCHjournal article 'Race, Slavery, and the Expression of Sexual Violence in Louisa Picquet, 'The Octoroon'' is avai…

11
0
over a year ago
We have some exciting NEW articles available to view online now. Don't miss out and head to our website now: https://t.co/FywJOBqPTP #twitterstorians #CivilWar

Read more
5
9
over a year ago
RT @MGKlingenberg: Click the below link to view and obtain a digital copy as downloadable .pdf. The first fifty visitors receive free acces…