Submit a Manuscript to the Journal
Anthropology Southern Africa

For a Special Issue on
Multisensory performances: Sonic, haptic, and the making of urban identities in Southern Africa 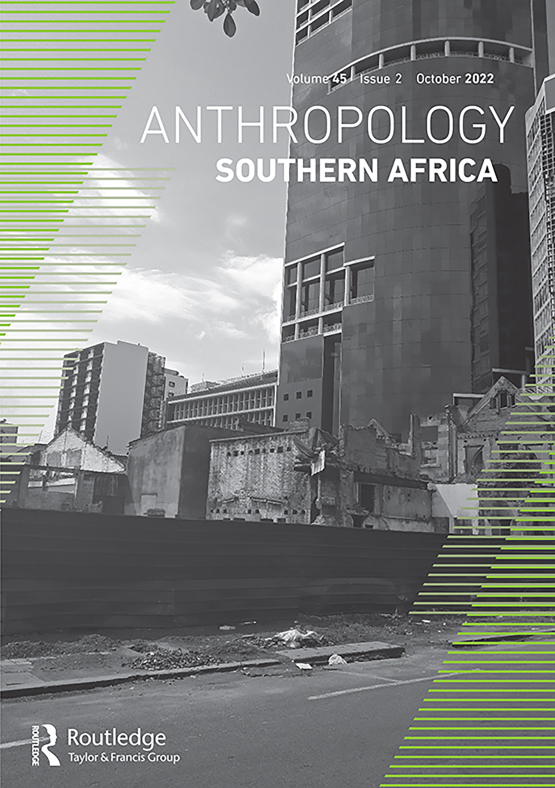 Multisensory performances: Sonic, haptic, and the making of urban identities in Southern Africa

Since the emergence of urban centres, Southern African citizens have met around a series of urban music and dance practices that draw on a complex overlapping of moves, sounds, bodily interactions, spaces, and emotions: breakdance, ballroom, cape jazz, sokkie, langarm, pantsula, capoeira, religious ceremonies and worship performances, and so on. These music-dance practices provide interesting examples of multisensory experiences that contribute to shape ordinary ways to inhabit, appropriate and transform the city.

This special issue aims at gathering anthropologists, experts of music and dance performance and scholars of the humanities and social sciences to reflect on the making of urban classes, identities, spaces and relationships through sensory practices that combine the experience of sound and touch, particularly in the domain of music and dance.

Sound studies have constituted a core field of reflection for the sensory turn (Feld 1982; Howes and Classen 2013), and this sense is put at the heart of recent ethnomusicological discussions, in South Africa and beyond (Steingo and Sykes 2019; Erasmus and Layne forthcoming). Contrariwise, touch has long been disregarded and downplayed by European regimes of value (Classen 2012), as hierarchies between the five senses were used to create distinctions between different levels of “civilisation” and to deny other people’s belonging to humanity. Anthropologists, historians and ethnomusicologists have criticised the Western-centred foundations of these hierarchies, and they have underlined the arbitrariness of boundaries between different aesthetics practices which happen to be highly melded (Guillebaud, 2014). Rather than a clear-cut distinction between the five senses, anthropological and historical research underlines the entwinement, interrelation and overlapping between various senses at play through some practices (Geurts 2003) and describes how this is diversely conceptualised depending on the society. The interrelation between sonic and haptic at play through the practice of music and dance, on the African continent and beyond, provides an evocative example of these multisensory (or “synesthetic”) systems of experience.

This special issue aims at gathering scholars to continue on prior reflexions on sensory approaches in Southern Africa (Jethro 2019; Auerbach 2020) and question how citizens of Southern African cities create sense of belonging to places, social classes, nation, ethnicity or other imagined communities (Anderson 2006) through performance practices mixing sonic and haptic. What does the inclusion of a multisensory perspective add to the comprehension of the multiple means of construction of urbanities in Southern Africa? What hidden part of African histories and present lives can we access by focusing our attention on multisensory systems of interaction and connection at play through music and dance?

We premise that focusing on haptic and sonic interrelations can unveil some overlooked aspects of the making of identities, places and social worlds in urban Africa, and help to tackle crucial problematics related to the sensory making of nation, race and gender in contemporary Southern Africa.

Contributors to this special issue will draw on anthropological, ethnomusicological and historical research about

We hope that shedding light on social worlds and spaces built through tactile and sonic experiences can reveal alternative means of constructions of solidarity, communities, and concrete utopias built in African cities by ordinary citizens to transgress and transcend visible borders and boundaries imposed by colonial histories, apartheid regulations and contemporary forms of social segregation or domination.

This special issue aims to offer an overview of contemporary research done in the field of the anthropology of music and dance in Southern Africa, while engaging some fruitful dialogues with close disciplines about sensory approaches. It continues the discussion generated at a one-day conference that was held by the anthropology department at the University of Cape Town in May 2022.

Proposed timeline for the special issue for issue 4/2024

View the latest tweets from Routledge_AS

Add your insight for a special issue of Anthropology Southern Africa, which will reflect on the making of urban identities and relationships through music and dance pract...