Submit a Manuscript to the Journal
Translation Studies

For a Special Issue on
Media Paratexts and Translation 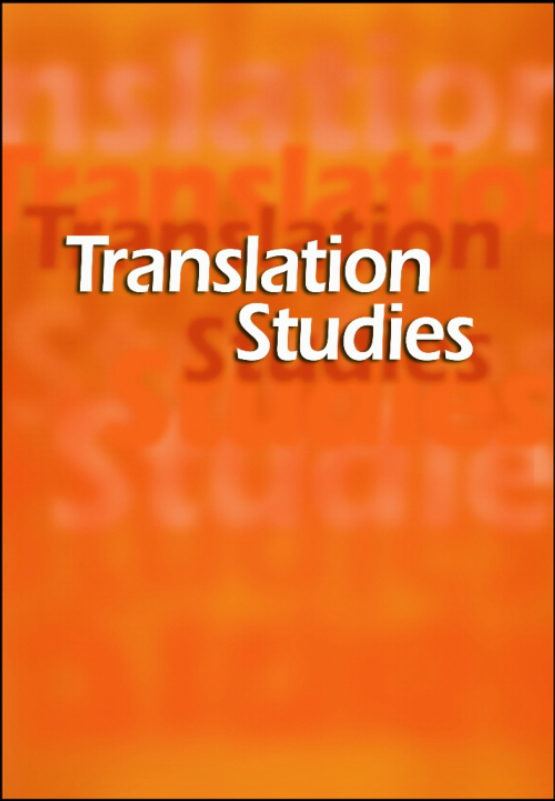 This special issue seeks to open up new interdisciplinary perspectives on the translation, adaptation and localization of media paratexts. The global circulation of digital media products and the increased customization of the user experience have resulted in a proliferation of such paratexts, whether in the form of promotional material (trailers, posters), fan-made material, or curated or data-driven user interfaces. While the disciplines of Media Studies and Digital Studies have embraced – and arguably even been transformed by – the study of such paratextual elements, the fields of audiovisual translation or of translation in the digital age have yet to integrate them into their object of study. Engagement with the notion of the paratext within the field of news translation has been even more muted, being limited to just a handful of studies (Zhang 2013; Hong 2019).

Premised on the idea that the combination of media paratexts and translation represents a rich and unexplored seam of research, this special issue invites interdisciplinary investigations of the ways in which media paratexts are linguistically and culturally mediated across different territories. It invites scholars to explore the impact that those mediations have on how media products are accessed, interpreted and perceived in the target cultures, thus widening the perspective from the media products themselves to the broader constellations of productions within which they circulate.

Mediation is thus taken to include not only the processes and outputs of translating paratexts per se but also the strategic decisions about distribution that are made by media companies and localization teams in general. These include decisions concerning which paratexts will be used in a specific target culture/territory (either “as is” or in their translated versions) and which ones will have to be recreated from scratch in order to better adapt to target-culture sensibilities or conventions. We thus invite contributors to explore the far-reaching consequences of apparently peripheral or ephemeral decisions. For example, contributors might consider the way in which the channel, platform or output through which a particular media text is distributed in a target culture invites particular associations or attracts particular audience segments, thus affecting reception and interpretation of the text before the text itself has been encountered. Through this broad notion of mediation, we hope to draw attention to the way in which reception of media products is affected by the entire constellation of paratextual materials among which and through which the media text itself circulates, rather than limiting reflection to the media text itself. For example, in the case of the TV series Breaking Bad in Italy, as explored by Bucaria (2014), the decision not to distribute the humorous minisodes that formed part of the paratextual constellation in the USA is argued to have resulted in a perception of Breaking Bad in Italy that is less tonally nuanced.

The definition of paratext that will be adopted for this volume will be broad, in line with approaches taken in Media Studies (e.g. Gray 2010). We thus invite consideration of meaning-making elements that have become essential to users’ selection and experience of audiovisual products and to the products’ commercial success; these might encompass interviews, viral marketing campaigns, TV and film trailers and teasers, summaries and descriptions, fan videos, and parodies, amongst others. We also invite explorations of elements intrinsic to the global presence of streaming and news platforms, such as the summaries, highlights, keywords and recommendations that appear in individual user interfaces, all of which need to be made accessible to users across the world through a process of localization. Where contributors are working to functional definitions of paratext (as commonly used in Digital and Media Studies), we invite consideration of material that serves commercial, navigational, community-building or world-building functions, amongst others, or that makes the text present in the world. (For a fuller list of paratextual functions, see Batchelor 2018, 160-161, based on Rockenberger [2014]). We also welcome theoretical discussions of the adequacy of existing definitions of paratext for translation-focused research. In particular, contributors may wish to explore the difficulties around preventing the collapse of ‘paratext’ into the vastness of ‘context’ (Rockenberger 2014) that inevitably arise once Genette’s (1997) emphasis on authorial intention is dismantled.

Abstracts are invited from scholars in Translation Studies, Media Studies and Digital Studies. Proposed contributions should aim to explore the creation and use of linguistically and culturally adapted media paratexts from any of the following angles (with other aspects also welcome):

Articles will be 7,000–8,000 words in length, in English (including notes and references).

Read more
1
0
4 days ago
Happy #GlobalAccessibilityAwarenessDay! In celebration, we've put together some key tips on how to make your course more accessible for students with visual, audio and c...

Read more
0
1
8 days ago
Discover how curriculum design has changed and how it will transform the future with our brand new free on-demand webinar. Featuring four leading Routledge authors, explo...