Submit a Manuscript to the Journal
Public Money & Management

For a Special Issue on
Local public audit and accountability: an international and public value perspective 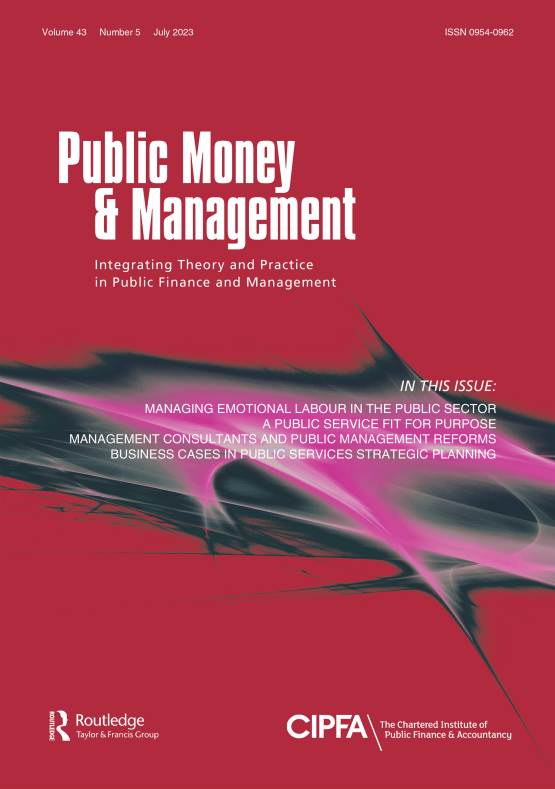 Local public audit (LPA) is one of the key instruments for accountability of governance and of services, and for delivering public value at local level in the UK and in many other countries. It underpins democratic processes by ensuring regularity and accounting for public money, and according to global standards in many (but not all) jurisdictions. It provides assurance on local governance, and—at its best—generates evidence of value for money and effectiveness of local public services to inform policy and political choices as well as community awareness and challenge. In the UK local public auditors scrutinize the financial statements of nearly 500 major local bodies with annual expenditures of over £50 billion.

While the foundations of LPA are similar across the UK nations, practice and governance varies in significant ways. In England local public auditors are appointed by a sector-led body, on behalf of local bodies or by local bodies themselves, and are from the private sector. Scotland, Wales and Northern Ireland make appointments through public agencies led by their respective Auditors-General, and retain in-house capacity to deliver at least some audits. The scope of audits also varies with England giving less emphasis to performance audit compared to Wales and Scotland, although that gap has closed somewhat.

Internationally there are wide variations across a number of dimensions including how far international standards are used, how independence is assured, fee levels, audit scope, publication requirements, auditor qualification requirements, quality assurance, and the use of markets. For example the marketisation of local public audit varies richly, encompassing the US where most states have long used solely private sector audit companies, the Netherlands where local bodies have traditionally appointed their own auditors and there has been a recent growth of medium-small firms in the market, New Zealand which has a mixed model of public agency alongside private firms, and Australia where some states introduced controversial marketisation only to rescind it.

There are special reasons to make LPA a focus for a PMM theme, particularly given the theme’s intended publication date of early/mid 2023. The creation of a new, market-based, regime for LPA in England pursuant to the Local Audit and Accountability Act 2014 reversed 170 years of LPA provision through the public sector. The new regime has experienced controversy and turbulence from its own internal fragmentation and fracture, and severe problems of capacity and supply by private audit firms trying to deliver public audit services at surprisingly low prices in an increasingly demanding environment. LPA market pressures are also being experienced in other systems, such as The Netherlands.

This theme will provide a platform of analysis and evidence and insight to guide necessary changes in the medium term. Submissions of research articles (up to 8000 words), new development articles (2500 words), and debate articles (1000 words) are invited on:

This PMM theme will be guest edited by Dr Clive Grace and Dr Tim Thorogood (respectively Honorary Research Fellow and Visiting Academic at Cardiff Business School), who both have experience of LPA as practitioner and/or subject, and both of whom have published work on the subject. Direct questions to [email protected] and +44 7796 892433. Submissions of articles will be required by 15 February 2022 latest for publication in early 2023. PMM’s instructions for authors explain the types of article the journal publishes and how to prepare your article: https://www.tandfonline.com/action/authorSubmission?show=instructions&journalCode=rpmm20

This Special Issue, The Value of Design Driven Entrepreneurship, examines “important aspects of the development of an enriched understanding of Design-led #Entrepreneur...

Read more
1
3
2 days ago
RT @ICSB: Today is the last day of #GWOctober! We have had an eventful week towards the advancement of entrepreneurship. Join us for Day 5…

1
0
2 days ago
Even though today is the last day of the GW October Entrepreneurship Week, the latest issue of the Journal of Small Business Management is available to read online today ...

Read more
0
1
2 days ago
📣 We are pleased to announce @rajashihrd as the Editor-in-Chief for @HrdiHuman. Explore the journal today: https://t.co/aI0Ie5T2PP https://t.co/JtUytVvDJx