Submit a Manuscript to the Journal
Leisure Sciences

For a Special Issue on
Death, Loss, And Leisure: “Being-Toward-Death: Expounding The ‘Possibilities’ Of Leisure” 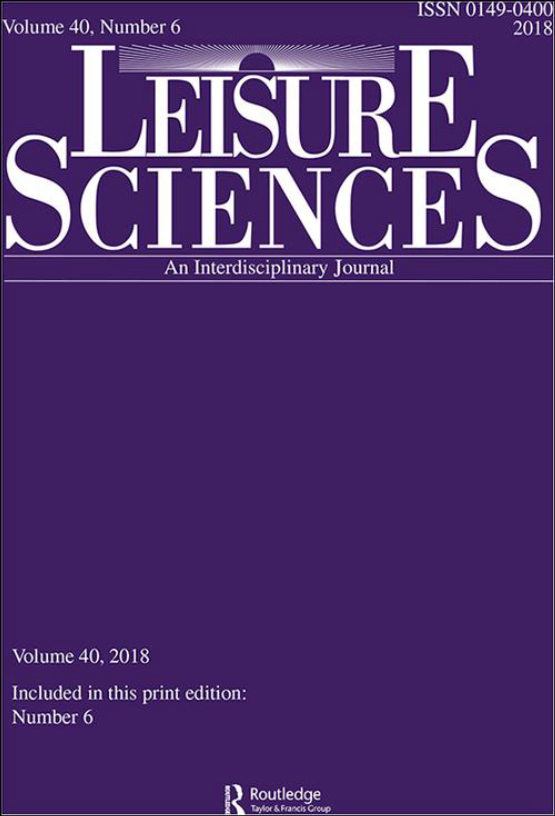 Death, Loss, And Leisure: “Being-Toward-Death: Expounding The ‘Possibilities’ Of Leisure”

“The ‘end’ of being-in-the-world is death. This end, belonging to the potentiality-of-being, that is, to existence, limits and defines the possible totality of Da-sein” [the kind of beings we are] (Heidegger, 1996, p. 234).

Death concludes the existence of living things. If being were a sentence, death would be the ‘full stop’. Death is revealed to us – always only partially – through the loss of family members, friends, animals, and other life, and it shows up in its entirety when there is no more being to be had. Yet despite death being the only certainty we have in life, societies’ interest in death is vexed. While some aspects of death remain taboo and unspoken, others act as catalysts for action. Indeed, our interest in some aspects of death, particularly in a leisure context, often provide the rationale for mobility, travel, and self-actualisation. Although research on death in the context of leisure and tourism and is not new (e.g., Buda, 2015; Fox & McDermott, 2021; Patterson & Carpenter, 1994; Pratt et al., 2019), much focus has remained on places associated with dark tourism (Foley & Lennon, 1996; Light, 2017; Stone, 2005, 2006, 2011) and thanotourism (Seaton, 1996, 2002; Dunkley, 2015; Hartmann, 2014; Johnston, 2015). There is a small but significant body of literature that explores how tourists engage with death- through assisted and non-assisted suicide (Miller & Gonzalez 2013; Hay, 2015), the role of leisure in living with suicide loss (Froese & McDermott, 2021), leisure and terminal illness (Hunter-Jones, 2005; Hunter-Jones et al., 2020, 2022), the challenges and opportunities around tourism and dementia (Page et al., 2015; Connell & Page, 2019; Innes et al., 2015), and the fulfilment of lifelong dreams (Zascerinska et al., 2022).

However, within the leisure literature, significant gaps remain with regards to philosophical, theoretical, conceptual, empirical, and culturally diverse perspectives on the intersection of leisure and death. For example, the majority of research appears to be Western-centric, there is a dearth of understanding about the role leisure plays following traumatic events, and we are only beginning to understand how the extinction of species bears on the minds of travellers.

This special issue, themed in light of Heidegger’s (1996) notion of being-toward-death, seeks to amass a rich collection of scholarship on death, loss, and leisure. Being-toward-death is to grasp the non-optional, inevitable actuality of death. The term is important in Heidegger's philosophy, because it denotes one’s alertness about the finitude of life, and thus the limited possibilities that may be realised during one’s lifetime. Being-toward-death makes “vivid the idea that plans or projects indefinitely postponed incur the risk of never being realised” (Cerbone, 2006, p. 64). Being-toward-death is thus submitted by Heidegger as a sombre, affirmative, and proactive stance towards being, and way to disclose one’s authentic self. Grounded in these thoughtscapes, it is possible, then, to consider leisure in terms of authentic and inauthentic being, whereby the latter is marked by perceptions of death as a distant event, a morbid topic, and a subject matter best to be avoided. On the other hand, authentic being vis-à-vis leisure can be articulated as the acceptance of one’s mortality and finitude of being, and the proactive engagement with death. Being-toward-death is a call to bring death closer to leisure; we welcome diverse outlooks, philosophies, cosmologies and empirical research on death, loss, and leisure.

Abstract Submission: Extended abstracts (1000 words excluding references) to be submitted by no later than November 15th, 2022 by email to both guest editors [email protected] and [email protected].

Decisions on submitted abstracts will be made by 15 December 2022.

Abstracts should include the manuscript title, author name(s), institutional affiliation(s), and contact details (including email addresses).

Manuscript Submission: Full manuscripts are to be submitted by 15 May, 2023. All manuscripts will undergo a double-blind peer review in accordance with Leisure Sciences’ editorial policy. Revised submissions will be due by 15 August with confirmation of acceptance planned for September 2023. The publication of this special issue is planned for Issue 10, December 2023.

RT @ELauwerier: So happy I recieved this beauty today edited by @kevyharris & Andrew Adams. The book is full of critical reflection on #ev…

1
0
3 hours ago
Feeling anxious about that paper? Join the Knowledge Retreat and soon you'll be a writing warrior, not a worrier. 💪 Sign up 👉 https://t.co/ymloO9YzjJ #TheKnowle...

Read more
0
0
7 hours ago
RT @BramConstandt: Restarting work after a wonderful summer break is much easier when the personal copies of your new book are awaiting you…