Submit a Manuscript to the Journal
Journalism Practice 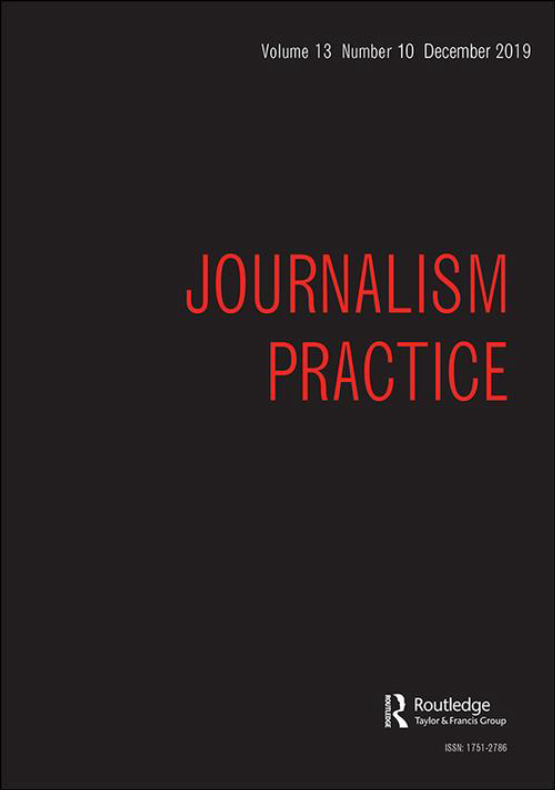 The role of news media in promoting hate speech

This special issue of Journalism Practice looks at how hate speech spreads in environments associated with the news media. A phenomenon that in recent years has gained more significant interest, both socially and academically. The main objective of this special issue is to develop a set of studies and policies that allow us to understand and identify cases, mechanisms, and theoretical approaches that focus their attention on the practice of journalism, new narratives, and new communication scenarios that for journalistic practice and the detection of hate speech from and through digital news media.

We find ourselves in hybrid communication systems in which social media actively guide the readings made of traditional communication channels. A context dominates by communication strategies and new communication scenarios (e.g., tweets replies, comments, and others) based on emotions, personal beliefs, and the reduction of objective or truthful facts around specific topics. Under this scenario, news media (digital or not) and the practice of journalism assume new challenges: carrying out their professional work under digital' scenarios, characterized by new forms of narratives, communication, and relationships with potential readers and users of the content generated and published by them, not only in digital media (web) but also disseminated on Tik-Tok, Twitter, Instagram or Facebook, for example. An essential role is interpreting (without argumentation) what happens as key actors in sharing negative expressions, prejudices, and stereotypes and in the process of social normalization of them. Above all, if we consider the role, factors, and other aspects that affect and conditionate journalism and the media to moderate debates and influence public opinion from their practices in the current digital scenarios and detect content that favors the viralization of hate speech in our societies.

Beyond the vast experience around the study of the media, hate speech has been analyzed, focusing its attention on specific groups, trying to understand the motives and psychological profiles of those who use these expressions, studying it from legal perspectives, and assuming the role of news media in its proliferation. Combating hate speech in digital environments requires questioning and reflexing the context, practice, and ability of journalists and the media to become benchmarks in exercising their traditional role as gatekeepers of the news. In recent years, all before mentioned has been analyzed from different academic perspectives, at an international level, in studies aimed at showing cases, identifying factors, examining the consequence, and contributing to the theory associated with the role of news media in promoting hate speech and the growing proliferation of an increasingly polarized and favorable communicative context for the dissemination of this type of expression.

This special issue is spurred by the Hatemedia's Project (PID2020-114584GB-I00), funded by the Spanish Ministry of Science and Innovation and executed by researchers from 8 Spanish universities.

The contributions to this special issue, from different national and international contexts, can focus (among others) on the following topics:

If you are interested in participating in this special issue, please submit an extended abstract (500-750 words, not including references), accompanied by a 100-150-word bio introducing your relevant expertise and 2-3 suggested reviewers. Abstracts should be sent no later than September 1st, 2022, to [email protected].

Upon selection, scholars will be invited to submit full papers. Article submissions should be no more than 9,000 words in length, including references, and are subject to full blind peer-review, following the peer-review procedure of Journalism Practice. Manuscripts will be submitted through the journal’s ScholarOne website (select “The role of news media in promoting hate speech”).

View the latest tweets from JournPractice

RT @claumellado: ‼️ 📣 There are still two weeks to submit your extended abstracts to the special issue on “Journalistic Role Performance in…

9
0
yesterday
Hear Tyra L. Jackson in this clip from The J Word podcast talk about why newsrooms should care (money and humanity) about inclusivity. Full episode https://t.co/3knx56NBV...

Read more
2
3
4 days ago
RT @digitalamysw: In case you missed it! Check out this recent podcast featuring an awesome group of experts - including @vanessamhj! https…