Submit a Manuscript to the Journal
Journal of War & Culture Studies

For a Special Issue on
Early Career Researchers and War and Culture Studies - What Next? 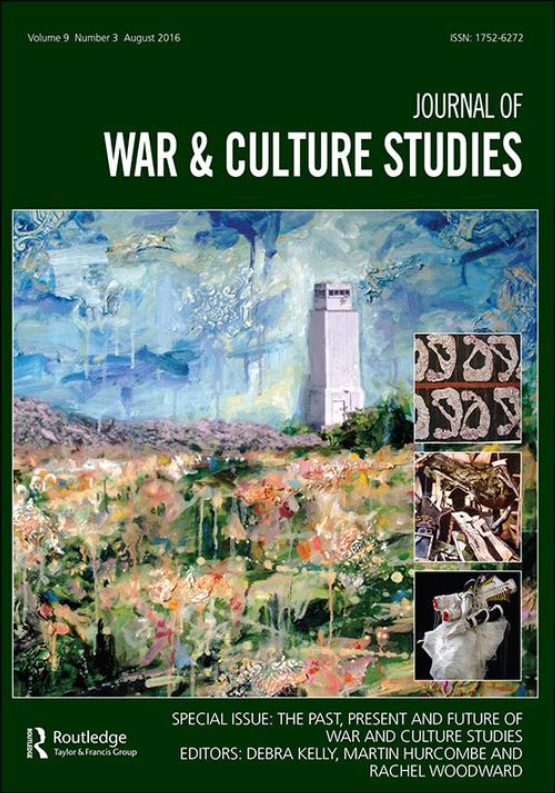 Early Career Researchers and War and Culture Studies - What Next?

The Journal of War and Culture Studies has been at the forefront of the cultural turn in war studies from its first issue in 2008. Since then it has expanded beyond its original base in Modern Languages and twentieth-century European Studies to become truly global and to encompass research from the late eighteenth century to the present day from both the Arts and Humanities and the Social Sciences. Throughout this time it has taken great pride in being a forum in which both established and new voices are heard.
In June 2021, early career researchers from around the world presented a series of short papers exploring future directions in the field. We now invite postgraduate researchers and early career scholars (defined as those who have been awarded a doctorate since January 2016) to send their reflections on the topic War and Culture Studies - What Next? for a special to be published in 2023. There are no prescribed themes for this special issue. Instead, we invite authors to demonstrate how their own research specialism is establishing new ways of working in, and of understanding, the field. Authors should therefore reflect on the wider ramifications of their research, as well as its specificity, and highlight its broader relevance for scholars of War and Culture Studies.

Submissions should take the form of an 8000-word article and are invited from all fields of the Arts and Humanities and Social Sciences. Potential contributors are welcome to discuss ideas directly with the one of the Journal’s editors, Professor Martin Hurcombe ([email protected]). Authors must follow the journal’s house style and articles should be submitted via our online submission system no later than 1 September 2022 at https://www.tandfonline.com/loi/ywac20 where further guidelines can be found.

View the latest tweets from JWCS_Journal

Read more
7
6
7 days ago
RT @mcbenwell: It was a pleasure to co-edit this special issue for @JWCS_Journal with @REWacad et al. The issue is entitled: Reflections on…