Submit a Manuscript to the Journal
Journal of Progressive Human Services: Radical Thought and Praxis

For a Special Issue on
The Politics of Policing: Global and Comparative Perspectives 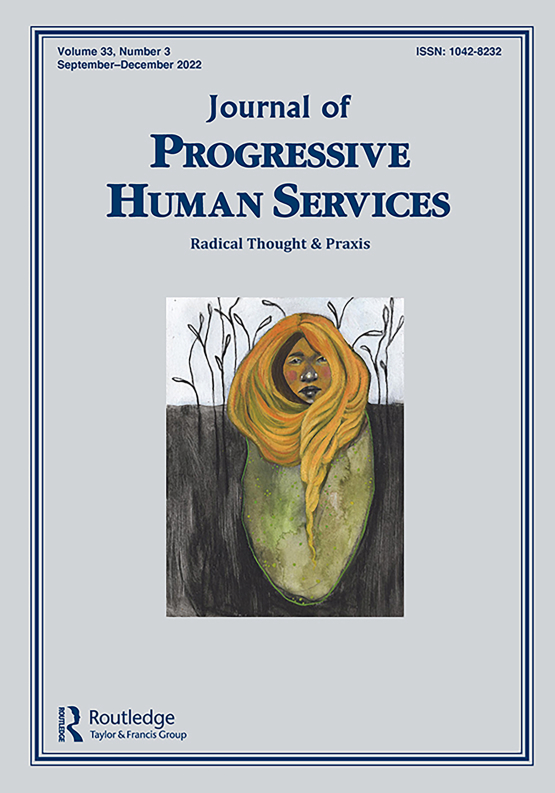 The Politics of Policing: Global and Comparative Perspectives

The Journal of Progressive Human Services (JPHS) is extending the deadline for submissions to a special issue, themed: “The Politics of Policing: Global and Comparative Perspectives.” The Journal invites submissions from academics, scholar-activists, practitioners, and others with expertise in this area from both the Global North and South. Comparative analyses, including papers written from a transnational perspective, are encouraged but not required.

The Journal’s decision to dedicate a special issue to the politics of policing, reflects the growing attention globally to debates about everyday forms of criminalization and state surveillance, mass incarceration and social justice, discriminatory policing and the politics of urban violence, police reform, and abolitionist and transformative justice alternatives. JPHS’s interest in the politics of policing reflects the Journal’s commitment to understanding the systems, structures and mechanisms of power and violence (including those enforced by the state) that drive policing practices.

In this spirit, we invite interdisciplinary paper submissions in the broad areas noted above, including papers attending to intersections between gender, race, class, caste etc. To accommodate globally diverse analyses, submissions may be about policing as broadly defined, including political economy perspectives on state violence and motivations for policing in the context of neo-liberal development in contemporary Global South Cities.

While one of the primary objectives of the special issue is to attract studies that advance our understanding of the politics of policing in the Global South, Global North scholarship remains important to the JPHS editorial board. We also encourage inter-regional and transnational comparative analyses where relevant, given the notable and evolving parallels in policing practices and patterns across the globe. While these patterns may manifest uniquely today, we recognize they are not entirely new, and thus welcome historically grounded analyses.

With this as context, potential research themes for this special issue therefore include, but are not limited to:

Articles should be a maximum of 30-35 pages. This includes all text including references and appendices. For additional information on the author guidelines for the journal visit: https://www.tandfonline.com/action/authorSubmission?show=instructions&journalCode=wphs20

Please identify that your submission is for the: JPHS Special Issue on The Politics of Policing: Global and Comparative Perspectives.

Email the editor directly if you have any questions: Dr. Ragini Saira Malhotra ([email protected] )

“No matter what your ability is, effort is what ignites that ability and turns it into accomplishment.” ― Carol S. Dweck

Read more
0
0
3 days ago
RT @StephenHupp: I just realized there is a 30% off Black Friday deal for our new book (Investigating Pop Psychology) over the next two day…

4
0
5 days ago
“Talking with Voices”, a therapy facilitating dialogical engagement between hearers & their voices, helps find meaning & purpose in the voice-hearing experien...